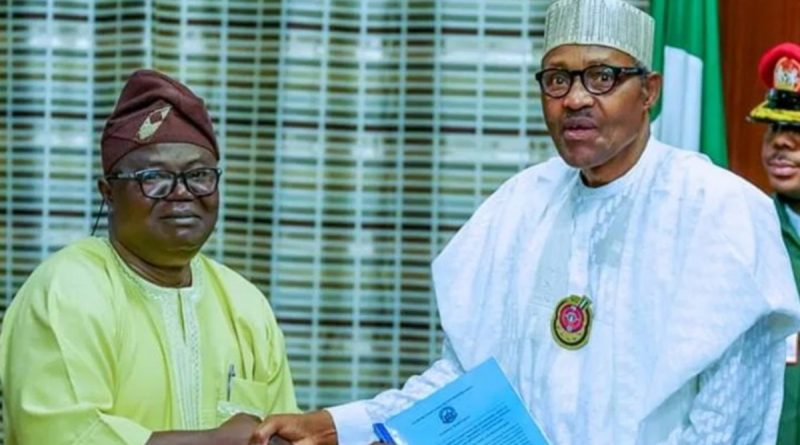 This piece examined a historic fight between Radical Cohorts (RC) – the ASUU members and Avaricious Career  Opportunists (ACO) – the political appointees that have been characterized by toughness and roughness.

As a refresher background, it’s good for the world to note that ASUU is a unique trade union entirely owing to the attachment of a qualification, ‘intellectual’. So, RC sees it as a pragmatic duty to safeguard and discharge core responsibility burdens that intellectuality and scholarship come with; which is finding the truth, proclaiming and defending it at all cost – not minding the terrains or consequences.

The current horn-locking between FG and ASUU is becoming hot and has been so throughout the history book of ASUU.

In basic sciences, Coulomb’s law of charges states that ” Unlike charges attract each other and like charges repel each other”. However, ASUU and FG agents normally engage in brisky battle as they try to elbow out each other, just the way two positively charged wires repel and spark.

Let’s analyze the charges of the two quarreling parties in-depth. FG as a negative pole creates shady policies and obnoxious laws in a hush and rush approach most at times to achieve ulterior motive, while ASUU which beliefs in hard work commits itself to finding volumes of facts and pieces of evidence strong enough to punch hard and annul those policies and laws.

ALSO READ:  We can't go back to class on an Empty stomach — ASUU

In defending the same ACO propagate lies and assembles flimsy justifications.  Radical Cohorts in the positive end unearth the truth and support it to surface to the glaring eyes of all discerning minds.

During negotiations, ACO falls short of transparency, sincerity, and integrity as such become contradictory, and irreconcilable in their pronouncements and positions, thereby failing FG. Radical Cohorts on the other hand, strongly believe in transparency and accountability as such, all layers of ASUU share common thoughts and harmonized stand.

One of the founding principles of RC is that they neither believe in superstition nor do they believe in power, rather believe in the supremacy of enacted laws, established principles, and legal agreements. Oppositely, ACO believes so much in power, as a result, they always wear the cap of arrogance symbolizing I-can-do-and-undo syndrome

Ethics and career profession is another thick boundary that makes RC and ACO repel each other vively despite being opposite charges.

Radical Cohorts consider it a moral burden to salvage and improve the system that nurtured and brought them up; while ACO doesn’t mind sinking the boat that sailed them after torching the ground.

Radical Cohorts have confidence in the University system despite its shortcomings and struggle for revitalization. On the other lane, ACO has zero confidence in the system that made them, thus accumulate illicit wealth to sponsor their children abroad and proliferate private universities in their bid to strangulate the system.

Radical Cohorts practice contented life (living within the confines of their own lawful earnings) while ACO caters for their lavish lives from Nigeria’s coffer unlawfully.

Radical Cohorts elevate to ranks through untiring scholarly hard work.  While ACO raises to ranks through looting and bribery, lies and mischiefs, deceit and betrayals, skepticism and sycophancy, thuggery and rigging among others.

This tough battle between RC and ACO is bound to persist as all the above attributes of RC are well entrenched ideological principles of theirs. For instance, there is no way RC will accept any stuff without them scratching deep beneath it to unveil its true colour, neither will they absorb any policy that has not been critically thought out.

Wrestling between ASUU and FG is rough and has been so. Why?

FG normally employs what I call the Outsmart-Them approach in order to subdue ASUU’s pressure. But ASUU as a union of intellectuals utilizes scientific, logical, and historical tools to shred the Outsmart-Them package into pieces.

By its actions, ASUU defines that, learning from the mistakes of others is wisdom and otherwise is foolishness;  stupidity is when mistakes are repeated over and over again. These two prominent assumptions make it quite selly for ASUU to goof during negotiations.

Blackmailing is another FG tool aimed at causing confusion and commotion among RC and also to draw sympathy from unsuspecting public. This kind of blackmails usually emanates from senior ACO in order to make it weighty. Unfortunately for FG, RC are not onlookers, but critical followers of event mindfully and consciously, thus never gullible.

Starvation and Manhandling tool imposed by ACO seems to be the FG’s last option in order to coarsely and cowardly deal with RC. Howbeit, RC are self-sensitized and inwardly determined to discover the truth and protect it at all cost, hence the term ‘Radicalism’.

To those glued RC, salary pay suspension, social discrimination and blackmails, sabotage, gang-up fight, and other rough games are too immaterial to demoralize their zeal, intellectual commitment, and resolve for a better system and better nation.

These two, unlike charges, are ever repelling. Coulomb’s disciplines can you rescue your boss? I asked out of curiosity.

Sani IDRIS writes from the Department of Soil Science, Ahmadu Bello University, Zaria-Nigeria. He can be reached via sanidris2000@gmail.com 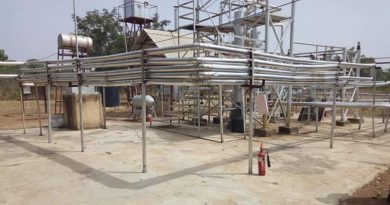 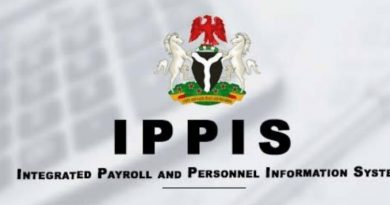 IPPIS: AGF and the Other Union, A Marriage on the Verge of Disbandment