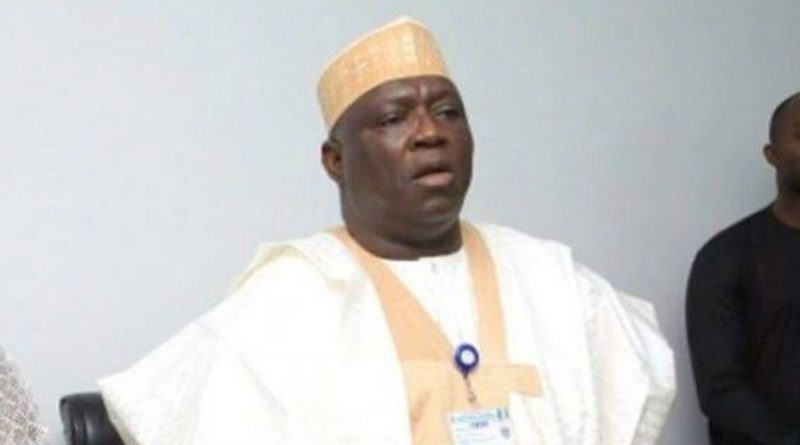 My very first close contact and then, friendship with Muhammed Sani Ataba- Omolori, the immediate past Clerk of the National Assembly, CNA, dates back to 1977 when we were both students at the then College of Arts and Science, CAS, Zaria.

It was a two-year pre-degree institution that was established in 1973 as a replacement for the Higher Schools Certificate, HSC previously in place for the same purpose of preparing students from secondary schools to the university.  I was one year his senior.

In the same city with the two campuses of the Ahmadu Bello University, ABU, Zaria, the Main or Samaru campus and the Institute of Administration, the Kongo campus, the one aspiration and striving of every student at CAS, was, naturally, to successfully cross over, depending on one’s field of study, to either of the campuses.

Besides the rigorous and competitive academic pursuits, strands and tendencies in the social lifestyles of students at CAS were also very much a shadow of those at the two campuses of the ABU. Of the other clusters of social, cultural, faith, and political groups of associations, the Movement for a Progressive Nigeria, MPN, like it existed at ABU, stood out. It was a Marxist Leninist group found under different names in all the universities in the country.

Apart from the students, there were some lecturers who were associated with the group as ideological guardians and mentors. There was, for instance, the late legendary Dr. Bala Usman Malam of the ABU History Department, whose ideological grounding and oratory inspired us the budding socialists as well as attracted those who were ideologically different from us.

There was also late Umaru Musa Yar’adua, a very young lecturer in the Chemistry Department whose reticent and austere physical appearance belied the nobility of his character, his sublime, incisive intelligence, and depth. He was later in life, Governor of Katsina state and President of Nigeria respectively.

Due to its superior political consciousness and leftist radical activism propelled with the vision of a progressive, socialist Nigerian state, the MPN used to play very decisive roles in the elections and composition of the leadership of the students union through its cells in the various campuses across the country.

The focus of our attention was always,  the offices of the students union President and Secretary-General, especially the latter,  which we considered as, “the live wire” of the union.

Though Muhammed Sani Ataba Omolori was not a member of our platform, we strongly supported his candidacy for the office of the General Secretary of the Students Union Government, SUG, in the 1977/1978 election.

The MPN Secretary who was also the outgoing Secretary-General of the SUG, Comrade Lamis Shehu Dikko, today, Ajiyan Katsina, vociferously argued the case of Ataba Omolori on the grounds of his demonstrated leadership traits.

As a young man in his teens, Ataba Sani Omolori was popular among his classmates, and with us his seniors. In addition to his captivating, burly physique, he had an endearing mien and regal comportment that naturally attracted respect, affection, and friendly disposition from those around him.

He would come across as incisively intelligent and informed when engaged in discussions of current national and global issues. In those days, Nigerian students, regardless of fields of study, were well abreast of developments in Apartheid South, the liberation struggles in Namibia, Angola, Mozambique, Rhodesia, (now Zimbabwe) and Ethiopia after the ouster of Emperor Hale Selassie. Candidate Ataba Omolori passed our tests, informally and discreetly done, without his knowing he was been scrutinized.

Before too long, words went round that he was a Prince of Ebira Land. Of course, with us in the Movement, with a progressive ideology that regarded anything feudal as reactionary and retrogressive cultural vestiges, his being blue blood would have been a great minus. But, Ataba, regardless of background, was endowed with many vital manifest qualities of leadership that stood him shoulder high above the other contenders.

We all keyed into the Ataba Omolori project and went all out to canvass votes for him. Of course, we had the backing of Malam (Comrade) Umaru Yar’adua of blessed memory and that of Malam Lawal Batagarawa, later State Minister of Education and Defense at various times.

They would have analyzed and accepted our decision. He went on to record a landslide victory in the election. And he did not disappoint because his tenure witnessed the sustenance of the entrenched tradition of robust patriotic and focused student unionism.

Albeit the tranquility and harmonious relationship that he maintained with the college administration, Muhammed Sani Ataba Omolori, as secretary of the students union, was ever so bold, strong, and unwavering when the issues related to standing up for the welfare, truth, and justice in defense of the students.

I was personally a beneficiary of the traits of his courage, sacrifice, and selflessness in the pursuit of justice and fair play demonstrated in his character even at that tender age.

While he was barely in the office, I got a letter expelling me from the college over an incident of a brawl I had with a female student in the College library. That was in spite of the fact of the testimonies of witnesses that the said female was the aggressor and also, against the fact that I was not given an opportunity to state my side of the story.

Muhammed Omolori went up in arms, mobilized the other members of his cabinet in demand that my expulsion is reversed. The college management succumbed within days by rescinding its decision.

While Omolori in later years went on to the Kongo campus of the ABU for a law degree, I forayed into the far-flung ancient coastal city of Calabar for my degree education at the equally prestigious UNICAL. I was such an adventurous young man. At a time that the GSM was still decades away, I lost contact with him until 1997 during the regime of late General Sani Abacha. The forum of our meeting was the Northern Youths Movement, NYM,

The NYM was a pan-Arewa association that was conceptualized in Kaduna by a few of us as a forum of young educated Northerners to brainstorm on ways of advancing the unity, social and economic fortunes of the North. Like a dream initially, the idea very quickly assumed a life of its own by way of its vibrancy and a large number of people that embraced and joined us.

At its inaugural meeting at the Durbar Hotel, Kaduna, Bashir Maitama Sule was elected the Secretary and my humble self, the Publicity Secretary. Ataba was among the surprising attendees which consisted of the likes of late Bashir Maitama Sule, late Ibrahim Isa Zakari, Nasir Ibrahim Iron-Sani, Abdul Kokori Junior, late Sale Ibrahim (Big Sale) and Tijani Bagwanje among other top flight, upcoming educated entrepreneurs and civil servants of Arewa extraction.

The Abacha regime was alarmed; agents of the state read insidious political meanings into our motive and therefore, unleashed security operatives on us. Naturally, everyone took flight with the civil servants among us scurrying into their safe enclaves. The NYM promptly died.

I was again in close contact with Omolori in the year 2000, during a brief sojourn I had as a Legislative Aide to a Principal Officer of the Senate and him, the Head of the newly created Legal department of the National Assembly.

Once again, he was there for me by strenuously trying to see to the success of my ambition of securing a permanent, pensionable appointment as Head of the Information Department of the National Assembly which was then about to be vacant. Before that could materialize, however, I got an appointment with one of the national Maritime agencies and I left for Lagos.

The impression of Ataba Omolori while I was at the NASS, was that he was still imbued with those character traits he had shown in his formative years as a young man in our school days. Sturdy, ebullient, focused, dutiful, and meticulous, he was yet kind and selfless.

The rapport and confidence he got from his superiors, the likes of former Clerks, Alhaji Ibrahim Nasiru Arab and Alhaji Salisu Maikasuwa or, former Speaker, Governor Aminu Waziri Tambuwal eloquently bear testimony to the dedication, capacity, and loyalty of Ataba Omolori in office. It did not as such, therefore come to me as a surprise when he was eventually elevated to the office of the clerk of the National Assembly in 2017.

Similarly, his subordinates with who I have discussed the nature of his workplace attitude speak glowingly of him. Muhammad Haliru Bida among others said so much of Omolori as a leader or boss. The summary of their views is that he has strong stamina for work; he is fastidious, scrupulous, and uncompromising on matters of probity, due process or, getting the work done in accordance with laid down rules.

In the words of Bida: “The CNA is at heart, convivial, considerate and compassionate. If you come close to him and not judging him on the surface level or with a biased mind, Omolori is an easy-going person.”

Recently, some befuddling intrigues played out at the National Parliament resulting in the exit of Ataba Omolori as Clerk of the National Assembly along with about one hundred and fifty other staff. According to news reports, the storm was generated by a controversy over the raising of retirement age for the legislature’s bureaucrats from extant sixty to sixty-five years of age or, forty as against thirty-five years in service.

This piece is not intended to delve into the intricacies, merits or, demerits of that controversy which, of course, is bygone. Nor, is it an examination of the morality or propriety of the procedure used by the leadership of the National Assembly in resolving it.

It suffices in passing however, to note that besides the various interpretations and innuendos so far given by as many observers and analysts, the ripples generated do not appear as going away too soon.

Be that as it may, in the colloquial phrase of the military, “soldier go soldier come but the barracks remain.” In other words, the bureaucracy (the soldiers), as the real heartbeat of the mechanisms of the legislature, (the barracks), will continue to subsist, in spite of those sadly affected by the tsunami.

With Omolori that I know, he would have taken it all in his strides; he would not be sullen, sulking, or despondent. And, looking at his tracks, the Ciroma of Ebira Land should be walking tall, looking into the future with the optimism and belief in Allah that brighter days lay ahead.

Love him or hate him, Ataba as the CNA, was a decisive, bold, and innovative administrator who is leaving behind a legacy of many milestones that will serve as a beacon to those that come after him especially, those who aspire to stand out distinct.

Yes, given the situation or challenge, he can be daring and audacious, even “brash”, as some may construe his habit of calling a spade, a spade. But, in my candid opinion, Alhaji Muhammed Sani Ataba Omolori that I have known for upward of four decades is an amiable and altruistic humanist who has come this far in life due to the combination of circumstances of his birth, seeming innate virtue of intelligence, clear-sightedness, zest, and hard work.

Certainty, he has as well, been a lucky beneficiary of divine blessings of Almighty Allah, the Beneficent, the Merciful. “There is so much in a name” goes an old adage. “Ataba” I understand in Ebira language means, a solid, towering mountain. 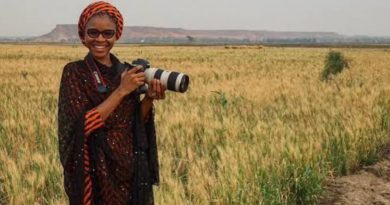 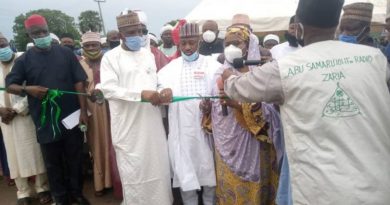 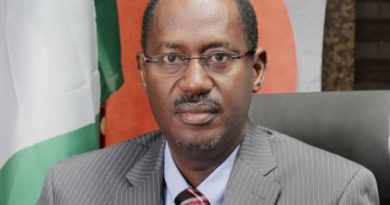