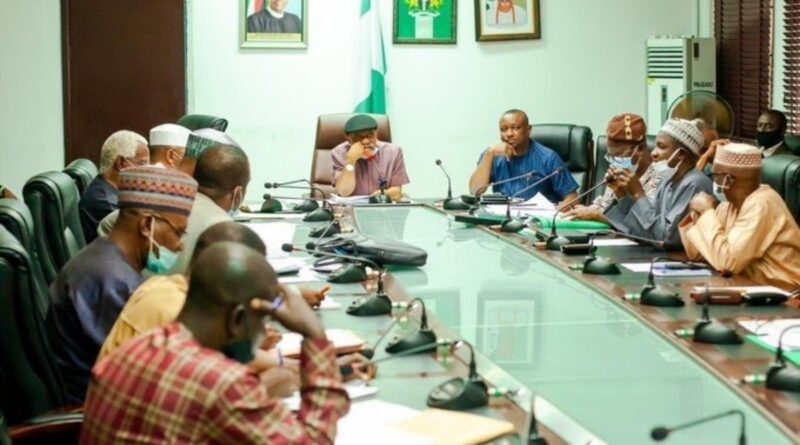 Striking university workers’ unions have said their members would “consider” the appeal by the Nigeria Inter-Religious Council (NIREC) which seeks the suspension of their ongoing strike while negotiations continue.

A statement issued by the Ministry of Labour and signed by its head of press and public relations, Olajide Oshundun, stated that the chairperson of NIREC and Sultan of Sokoto, Sa’ad Abubakar, made the appeal on Thursday during a “tripartite-plus” meeting between the striking university workers’ unions and government representatives and other stakeholders.

The statement said Mr Abubakar expressed frustration with the continued closure of the universities, noting that the development poses danger, especially with the increasing activities ahead of the 2023 general elections.

The statement added that the monarch and religious leader said the universities need to be reopened as soon as possible so that it does not provide an opportunity “for those politicians who don’t want things to go right, to use those children as political thugs.”

Meanwhile, in their separate responses to PREMIUM TIMES on Saturday, the leadership of ASUU and that of the Joint Action Committee (JAC) of SSANU and NASU confirmed the appeal and promised that their members would give the final verdict.

According to the statement by the Labour ministry, Mr Abubakar called for a compromise between the parties.

“I don’t think it will be so beneficial to us while our children are at home and threatening violence across the country, blocking roads and airports and we as elders sit down watching,” he said.

ALSO READ:  There is no hope in sight to ending 8 months strike - ASUU

“The best thing is to go back to the classroom and continue negotiation. We will continue sitting together until the final solution is attained. It is not impossible.”

He added that it would portend danger to allow young people to “sit idly” at home.

“That is why we plead with the unions to see the need to call off the strike while we keep negotiating.”

The statement also quoted the co-chairman of NIREC and president of the Christian Association of Nigeria (CAN), Supo Ayokunle, as noting that the poor funding of the universities did not just start, “but borne out of long periods of neglect by previous governments, which snowballed to our present situation.”

The President of ASUU, Emmanuel Osodeke, a professor, told PREMIUM TIMES on Saturday that the union would consider the appeal and make its decision known.

He confirmed that NIREC appealed to the striking unions on Thursday. He said such appeals are not new to ASUU.

“It is an appeal and our members would consider it. It is not a request but an appeal and appeals are usually for consideration.”

Mr Osodeke, however, did not say when the union would decide.

“When the decision is taken, everyone would know,” he said.

Reacting on behalf of JAC of SSANU and NASU on Saturday, the national vice-president of SSANU for the Western zone, Abdussobur Salaam, said the unions have referred the appeal to various organs of the unions for consideration.

According to Mr Salaam, members of NIREC are respected religious elders and role models in society. He appreciated them for their intervention.

He, however, urged the members to also appeal to the government to always live up to their promises and imbibe a culture of trustworthiness.

“We are not strange to appeals as parents fora, students’ bodies have also reached out at one time or the other.

“Everyone is respected, and especially the NIREC leadership. But we have found ourselves at this level because of the insincerity of the government. So it is also important for the government to be appealed to for a change of character.

“We have referred the appeal to the relevant organs of our unions and I can assure you that in the coming days, our decision will be made public.”

The minister of labour and employment, Chris Ngige, at the end of Thursday’s meeting, expressed optimism that the agreements reached with the unions would start yielding fruits next week.

Mr Ngige said they had a cordial and fruitful discussion, and “looked at the issues dispassionately and reached some agreements, to the satisfaction of everybody in attendance.”

“We discussed. Everybody was happy. We reached some agreements and we hope that by next week, those agreements will start maturing and the four unions will also go and brief their members so that they can call off the strike.”

The minister added that they put some timelines on some issues like the 2009 agreement as it affects the renegotiation of conditions of service and wage review, which, according to him, would be concluded next week.

The statement noted that the chairman of the meeting and chief of staff to President Muhammadu Buhari, Ibrahim Gambari, a professor, lamented that the perennial problems in the university system have culminated in the mutilation of the nation’s educational calendar.

“When students graduate, they get automatic admission to institutions of higher learning elsewhere in the world. Not long ago, we had professors and students from universities in other countries coming to work in our universities.

ALSO READ:  Mamman Shata: The Icon who was honored by ABU Zaria

“Not long ago, we had a calendar and predictability of when a student enters the university and when he or she can graduate. But we all know that all of that has changed and the impact on our educational system and even the reputation of our universities has been devastating.”

Mr Gambari assured that the president “was determined to put an end to this negativity and get students and teachers back to the classroom so that students would be in the classrooms and not at home during the educational calendar year.”

The tripartite-plus committee comprised Mr Gambari and the ministers of education, and labour and employment, Adamu Adamu and Chris Ngige, respectively. It also included members of NIREC.

They met with the leadership of all the striking university-based unions to forge a way out of the ongoing strike that has left the Nigerian public university closed for 89 days.

THE ABUSITES had on Wednesday reported how the minister of labour had sent invitations to the parties involved for a meeting at the banquet hall of the statehouse.

Mr Buhari issued the directive for the meeting to be called on February 1, but Mr Gambari failed to give reasons for his failure to call the meeting more than three months after.

ASUU, while announcing the extension of its strike by another three months on Monday, cited the failure of officials to implement the president’s directive to call the meeting and avert industrial action, as part of the reasons for the prolonged strike.

Qosim Suleiman is a reporter at PREMIUM TIMES in partnership with Report for the World, 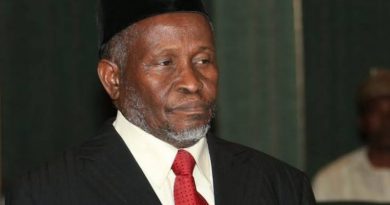 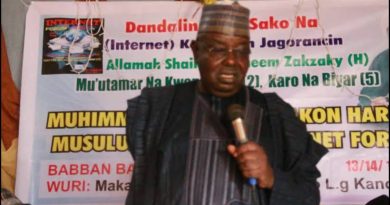 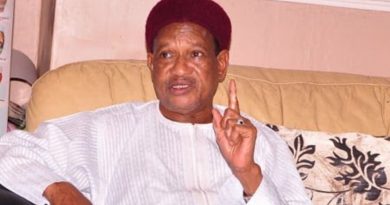