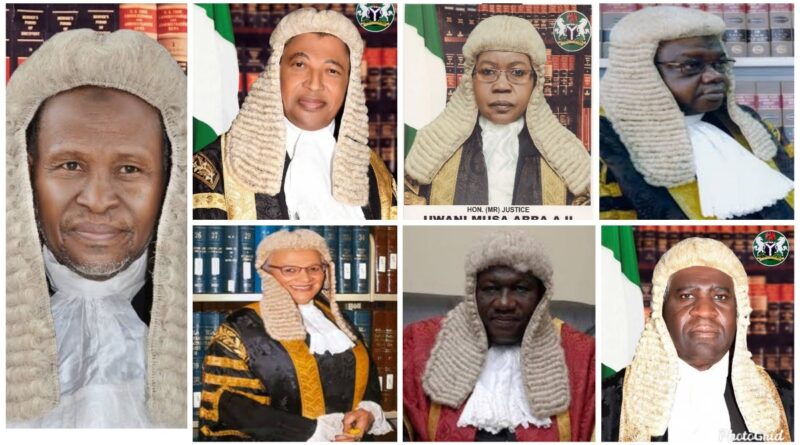 The departure from the Supreme Court of Justice Aminu Sanusi, himself an Abusite (after attaining the mandatory retirement age of 70) in February 2020, reduced the number of Justices in the country’s highest court to 13, from the 21 prescribed by the 1999 Constitution.

This brought to 20 the number of justices at the court and to 8 the number of Alumni of ABU Zaria. With the retirement of Justice Rhodes-Vivour, Justice Sylvester Ngwuta and Justice Paul Adamu Galumje, the total number has been reduced to 17 and 7 for ABU Alumni.

Below are profiles of the seven Distinguished Abusites currently serving as Justices of the Supreme Court of Nigeria.

Leading the pack of ABU Alumni serving as Justices of the Supreme Court of Nigeria is Hon. Justice I. T. Muhammad, CFR. The 16th Chief Justice of Nigeria. The learned silk was born on the 31st December 1953.

He hails from Doguwa, Giade Local Government of Bauchi State. He attended primary school at Giade Primary School from 1961 to 1968. He proceeded to Government Secondary School, Azare from the year 1969 to 1973.

His Lordship then proceeded to Abdullahi Bayero University College, Kano for his IJMB from 1975 to 1976. After successful completion of his course, His Lordship got admission to read Law at Ahmadu Bello University, Zaria from 1976 to 1980. He attended Nigerian Law School from 1980 to 1981.

He was appointed Chief Magistrate/Deputy Chief Registrar, High Court of the Federal Capital Territory, Abuja from 1990 to 1991. From 1991 to 1993, he was appointed as Kadi (Judge) of the Sharia Court of Appeal, Bauchi State. His Lordship was elevated to the position of Justice of the Court of Appeal from 1993 to 2006.

His Lordship was appointed as Justice of the Supreme Court of Nigeria in the year 2006 and was sworn in on the 8th of January 2007, the appointment he holds till date.

Musa Datijo Muhammad OFR (born 27 October 1953) is a Nigerian jurist and Justice of the Supreme Court of Nigeria.

He proceeded to Abdullahi Bayero college (now Bayero University) Kano from 1972-1973 for pre-degree certificate and got his LLB (Hons) at Ahmadu Bello University (Faculty of Law) Zaria 1973-1976, and his BL at the Nigerian Law School 1977. He later received a master’s degree in law from the University of Warwick from 1982-1983, and also institute of Advance Certificate in Practice procedure.

In July 2012, he was appointed to the bench of the Supreme Court of Nigeria as Justice.

Hon. Justice Amina Adamu Augie was born Anne Eva Graham on the 3rd day of September, 1953. She is from Kebbi State, in the North-Western part of Nigeria. She attended Abadina School, University College Ibadan from 1958 – 1960. Hope Waddell Primary School, Calabar from 1960 – 1962.

From 1982 – 1984, she served as a Senior State Counsel in the Office of the Chief Counsel to the then President, Alhaji Shehu Shagari, after which, she was appointed Lecturer by the Nigerian Law School, Lagos.

In 1988, Hon. Justice Amina Adamu Augie was appointed Chief Magistrate in the Sokoto State Judiciary. While serving at the Bench, her love and passion for academia propelled her to accept part-time employment as Lecturer at the Faculty of Law, Uthman Danfodio University, Sokoto from 1989 – 1992.

She also served as an Associate Lecturer at the same University from September 1999 – to September 2002.

Hon. Justice Amina Adamu Augie was elevated as Justice of the Supreme Court of Nigeria on the 7th of November, 2016.

She obtained a Diploma in Law from the prestigious Ahmadu Bello University Zaria in 1976 and subsequently, an L.L.B Hons from the same institution in 1980. She was called to Bar in 1981 and commenced her career as State Counsel in 1982.

Before holding this position, however, She had held positions of Clerical Assistant (Area Courts Division), Assistant Registrar, Acting Registrar, and Higher Registrar between 1973 and 1982.

Before her elevation to the Supreme Court on January 8th, 2019, His Lordship was the Presiding Justice, Court of Appeal Kaduna Division, a position she held for 4 years. She is happily married with three children and enjoys reading, writing, and gardening. She has also traveled far and wide to almost all the continents in the world.

Justice Adamu Jauro before his elevation to the bench of the Supreme Court was the presiding Justice of the Makurdi Division of the Court of Appeal.

Born on June 26, 1959, the Gombe State indigene commenced his academic pursuit at the Central Primary School, Gombe between 1965 to 1971.

While he attended Government Secondary School, Bauchi from 1972-76, Jauro was also at the School of Basic Science, Zaria from 1976 to 77 before proceeding to the prestigious Ahmadu Bello University, Zaria where he bagged an LLB in law in the year 1980.

After his call to Bar, Justice Jauro joined the Ministry of Justice in Bauchi State in 1983, and later moved to Ahmadu Bello University on secondment as Assistant Lecturer and later rejoined the Ministry of Justice, Bauchi State. He was in active service in the prosecution department and rose to the rank of Director Public Prosecution from 1991 to 1996 before he left for the newly created Gombe State.

Apart from holding a Master’s degree in Law from the University of Jos, and another Certificate from the Institute of Advanced Legal Studies, Jauro is also a Fellow of the Nigerian Institute of Management and other notable bodies.

He has worked in Sokoto State and Zamfara state as a Chief Judge before moving to the Federal High Court. Later, he was elevated to the position of a Judge at the Court of Appeal. He was the Chairman of the Presidential Elections Petitions Tribunal for 2019.

Justice Aboki was born on August 5, 1952. He hails from Kano State and had his secondary education in Government Secondary School, Hadejia between 1967-71 and post-secondary at Abdullahi Bayero College, Kano from 1972-73.

The jurist attended the prestigious Ahmadu Bello University, Zaria, and the University of Washington, Seattle, USA, was called to the Nigerian Bar in 1977 and started his career as a Legal Officer with the Kano Civil Service after his NYSC in 1978.

In 1987 he was however appointed a Judge of the High Court of Kano State and Justice of the Court of Appeal in 2006, where he served in various divisions of the court before his recent elevation to the Supreme Court. 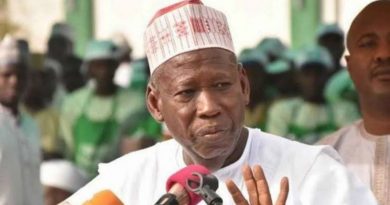 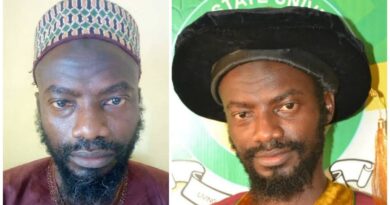 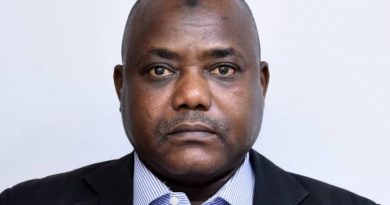 Plan to renegotiate 2009 agreement: You are on your own, ASUU warns FG