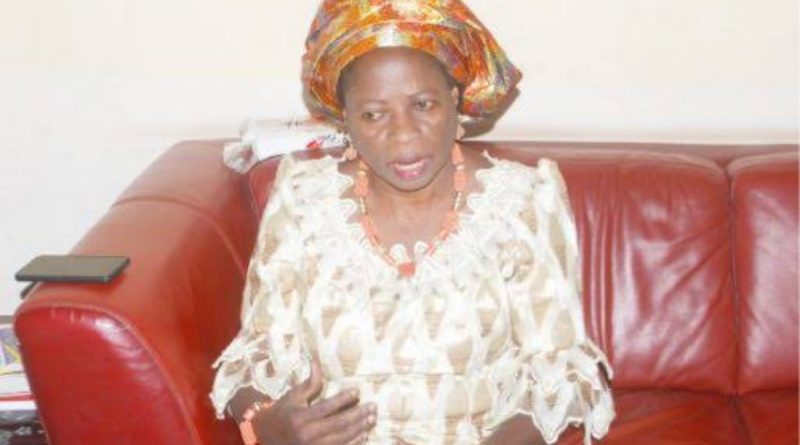 Professor Elsie Samaila is a distinguished abusite and consultant ophthalmologist at the Ahmadu Bello University Teaching Hospital (ABUTH), Shika. In this interview with dailytrust, the Plateau State-born indigene of Wushishi in Niger State shared her life experiences.

You are highly educated despite the fact that you were born in northern Nigeria where the education of the girl-child is a challenge; how this you achieve this feat?

Fortunately, my parents had early contact with the missionaries, thus they were educated. So it was not difficult for them to send us to school. I started primary school at St Luke’s in Jos and completed at St Bartholomeus Anglican School, Wusasa, Zaria. It was from there that I went to Girls’ High School, Gindiri. I started going to school at six.

Was it difficult for you to gain admission into schools at that early age?

In those days, at the age of six you did not have any problem getting admission. Some children were not sure of their exact ages, so the technique used was placing your hand on the head to touch the ear on the opposite side.

But I had my birth certificate, so I was easily admitted. For secondary school, we had to sit for exams, just as they do today. After passing the exams you were called for interview, after which you would be given admission.

How was the population of students?

We were at least 30 in each class; and there were five classes. It was a boarding school run by the Sudan United Mission (SUM) in Gindiri. It was a girls’ secondary school. But there were schools for boys, a teachers’ college for the blind, a demonstration school and a bible school. Actually, it was a village of schools.

Can you remember any of your classmates?

Yes, quite a number of them. In fact, we have our own WhatsApp group, so we keep in touch with one another. For those who are in Gindiri, about a year ago we celebrated our 50th anniversary, both the girls’ school and the boys. We have a very good relationship with one another.

How would you compare infrastructure in the school now to what you had during days as a student?

When we went for the 50th anniversary, of course, there was a lot of expansion in the school. The population has also doubled, but they still tried to maintain a very good standard. So they are really doing very well.

Were there Muslim girls in the school?

We had few Muslim girls. Because it was a missionary school, some parents were not keen on sending their children there. The few Muslim girls integrated and related very well with all of us.

We did not differentiate. They were given their own time to pray when it was prayer time. If they needed to fast, there was a special arrangement for them.

In those days, many girls were given out in marriage early; did you or any of your friends face such a challenge?

Some of them had already been given out in marriage before they came to school, but they did not have children until they finished.

What informed your decision to go into the medical profession?

My mother was in the medical line. She worked with missionaries in a dispensary. My grandfather too was in the health profession, so that background made me interested in going into medicine. Also, I thought it was a noble profession. By the time I finished secondary school, I knew it was what I wanted to do.

Why did you specialise in human eyes?

When I went to do my house job, I knew I needed something special, so I went to the Department of Ophthalmology. And I found out that it was a very happy atmosphere because you do not have very sick patients dying on you. When we operate on them and they get well, they are very happy because their lives changed completely.

We had patients from neighbouring countries like Cameroon, Chad Republic, Niger, Togo and Ghana. It was a very busy centre. The important thing is that I could see the joy of restoring vision to blind person.

I once had a set of twins who were blind from birth. They had cataract and had never seen each other. I operated on them, and the next day, when we removed the bandage, they saw each other for the first time. You can imagine the joy. They got up and were happy, jumping all around. We had to sedate them so that they would not spoil the work we did.

There’s a lady I operated on when she was little; she is now a consultant medical doctor. I did her cataract surgery when she was two years old. I was surprised one day when somebody showed up, introduced herself and said she was told I helped to restore her sight. She hugged me, thanking me profusely for helping her. It is such scenarios that made me go into ophthalmology.

Does the Guinness Centre still exist?

No. Guinness donated a hospital to the North; that was the one we had in Kaduna and where I worked. But that has been taken over by government. It is now part of the Kaduna State University (KASU).

They have one in Lagos and another in Onitsha. Those ones are still functioning. The Guinness Foundation gives them subvention, equipment, as well supports them. We have lost out because the government took over the centre. We are still hoping that government would restore it to us.

As a woman, did you have challenges in your career?

Yes, a lot of challenges; one of which is doing my exams. I did my studies in the United Kingdom (UK), and you had to be very good to have a pass mark. That time, I had two young children with me. You can imagine what it takes to look after your children and take care of the house while studying. However, if you are focused, dedicated and hardworking you can achieve your goals.

How did you meet your husband?

We happened to have gone to the same primary school, St Bartholomeus Anglican School in Wusasa, Zaria. His younger brother was my classmate. We also went to the same university, Ahmadu Bello University. That was where we became friends and later got married.

You do a lot of community work and medical outreach, what’s the interest?

We had the Sight Savers International, which was sponsoring free eye care delivery in this state. We did that for about 23 years. Also, in the Ophthalmological Society of Nigeria, before our conference every year, we try to do community work as a contribution.

In addition, the Anglican Communion also has outreaches and I have helped them in organising it. Every year, we go to the outskirts of Kaduna – places like Katiri, Iburu or anywhere around Kaduna State to give them free service. I suppose it is in my nature to help, and I thank God that I am able to help people.

Do you think Nigeria has enough medical doctors?

Definitely, we do not have enough doctors, and I do not think any country, apart from developed ones, can boast of the World Health Organisation’s (WHO) recommendation of patient-doctor relationship. In Nigeria, definitely there is the need to get worried.

Was there any challenge of unemployment during your time? How was the doctor-patient ratio?

During our time, as you were graduating, your state would station their vehicle to take you back before you would go to another state or offered a job somewhere else.

And there was no problem getting a place for house job or work. When you got employed, there was a car loan waiting for you, as well as accommodation. And you would be paid a monthly salary in advance, which would be deducted gradually.

Life was very rosy. You would not hear of doctors graduating and looking for jobs. And I am sure it was applicable in many other professions. I remember vividly that on the day of graduation, vehicles from the Ministry of Health were waiting for us to finish our exams.

Also, in those days, most of us were on scholarships, so it made it easier for them to keep track.

Unfortunately, a lot has changed. In fact, today you will see doctors who graduated and are looking for placements to do their house jobs. We hope government would do something about the situation.

If you were not a doctor, what other profession would you have ventured into?

I thought of studying law because I was very good in art subjects more than sciences. Eventually, the will of God prevailed and I became a medical doctor.

How did you cope with family and profession?

It boils down to getting yourself organised.

Actually, I just retired on Thursday, February 6, 2020. I have learnt to watch Cartoon Network with my granddaughter. However, I have a private set up so that I do not just sit down and get bored.

I do not feel any different than when I was 60 or 50 years old. I thank God for good health. I will continue to do private and philanthropic work whenever I have the opportunity to do so. At the same time, I have the time to play with my grandchildren. 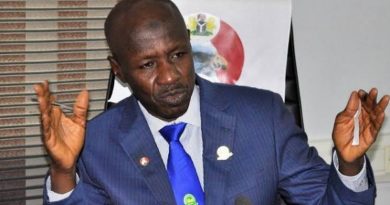 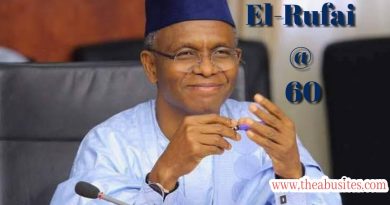