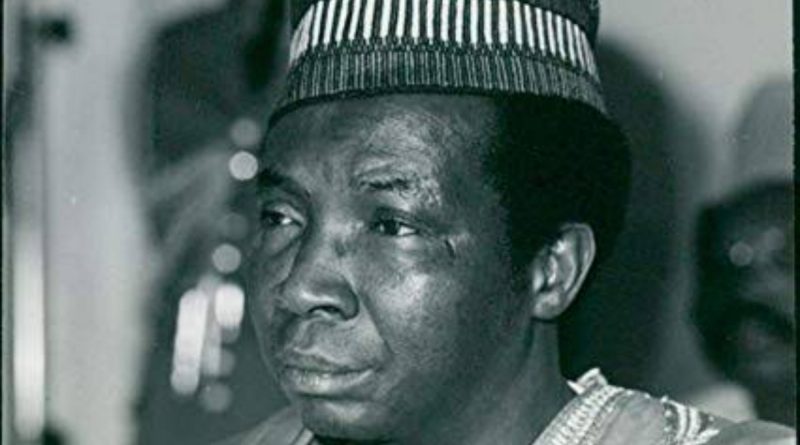 Power in Africa is a veritable instrument for primitive accumulation of public wealth and coercion. Nigeria mirrored the rhetorical image of the giant of the black continent in that the very act that haunts the continent by a way of its peculiar undoing is playing a magic struck in Nigeria, haunting its people but keeping the system moving on a crashing disorientations.

The country moved swiftly from the institutionalization of corruption to the internationalization of corruption in the recent times. Material worships had eaten deep into the fabric of the society not because Nigerians are the poorest but because their hearts are traumatic effects of greed, avarice and easy virtues, while the descriptions of power is vested in a person rather than the people. Immorality rule the roost in the Nigeria system and credibility of conduct both at public and private levels are at its lowest ebb.

To most Nigerians ethics is the innovative power of deception, fraud and kleptomania. Mercilessness garbed as a the crudest form of irresponsible leadership had presented a kind of odd heroism supplying the expectations and demands of an already corrupt society, corruption being the language of understanding of most Nigerians.

Based on these crooking infiltrations into the fiber of the Nigerian society, the moral crises had also tendered a lack of appreciation of the core value systems that make a society achieve efficiency, progress and accuracy in public service, transparency and justice in governance. For a long time the values are thrown to the winds, at present buried in the graveyard of mindless irresponsibility and there’s little hope that Nigeria would rise again and imbibe the verifiable qualities of humanism and civility in the near future.

The fact is that Nigeria is not an empire lasso for radical changes due to the ailing-class dominance and its pervaded mindset against humanity. It is easier to summarize that the leadership in Nigeria had planted a demystifying apocalypse in some recklessness of an act.

If the truth must be told, it requires a radical tormenting physical to uproot the very basis of the country’s prevailing catastrophe. No country in the world had been so deceived, cajoled and subdued in a ranking negative like Nigeria. That is why men of due honour hardly make it to the end in the contest of the squeezing realities or immortalized because their valuable images are anti-dote to the sustenance and growth of corruption.

Professor, Ishaya Shuaibu Audu is one personality that had lived a life full of devotion to the service of mankind and selfless leadership. Born on the 1st of March 1927 in Anchau, Ikara Local Government area of Kaduna State.

Professor Audu was a personal physician to the Premier of Northern Nigeria, the 1st indigenous Vice-chancellor of Ahmadu Bello University Zaria (1966-1975), a Honourable Minister of External Affairs of the Federal Republic of Nigeria (1980-1983) and Ambassador and permanent Representative of Nigeria to the United Nations, New York (1983) among the many positions and appointments, he held but had only his integrity and humility as its product.

In an era when even a Local Government councilor can secure an overwhelming access to public treasury for personal enrichments as mansions, streams of choice cars etc, Professor Audu’s held about ten national assignments, even at an era of the oil-boom, at the tender age of 39 as the Vice-chancellor with his school mate and brother, General Yakubu Gowon as the Head of State he would have enrich himself for the nine years, in the second Republic he was a Minister of prominence that would have prepared him for the rainy days especially when there was a national feast of public funds.

Before his death he was the Chairman National Health Insurance Scheme. But here was a man who could not sponsor himself for medical treatment abroad! Here was a man who established a Clinic (Savannah Polyclinic) and a Church (Charity and Faith Mission inc.) with his meager resources just for the service of humanity.

I could remember accompanying a sick colleague to the Savannah polyclinic at the outskirt of Samaru town (Zaria) but was marveled both with services rendered and the architecture of the Clinic. No doubt the services rendered are the best but the lacking flamboyance of the buildings made me initiate a study of the personality of the gentleman Professor Ishaya Shuaibu Audu.

One additional desire was when Professor who treated my colleague that day ask him to go and bring the charge fees anything he is ready! Unbelievable, I murmured in my heart. I was later to found out that the gesture is a piece-meal of Professor Audu’s concern and sympathy for the underprivileged and distressed humanities. His psychological attachment to the want of the local community was no doubt a rare feat.

Amongst the many condolence messages written to eulogize the attributes of this great Nigerian which included the President’s, Vice-President’s, Head of service and governors’ to mention a few, the Emir of Zazzau’s message captured the true picture in accordance to my thinking of the man. Said the Emir “Late Rev. (Prof.) Ishaya Audu had lived an exemplary life as a Medical Doctor, Educationist, Academician and Seasoned administrator of high repute.

His great contributions to the development, peace and progress of Nigeria as whole stand him out amongst the likes of few eminent Nigerians”. Amongst his contemporaries one can hardly count ten Nigerians that had the leadership qualities of Professor Ishaya Audu. Here was a man that left Ahmadu Bello University in 1975 as its Vice-Chancellor but still attached to the university in character-building, consultancy and advisory capacities without anticipation of any reward.

When he established the School of Basic Studies in 1970 he had in mine a vision for encouragement from the educationally disadvantaged areas in mind without compromising merit. Some of us that were involved in similar assignment often find Professor Audu’s advises very valuable.

I could remember meeting Professor Ishaya Audu on several occasions for his contributions when I became the pioneer Deputy Director of the newly re-established School of Basic and Remedial Studies (SBRS), which was located in Funtua, Katsina State.

The Charity and Faith Mission which he established within the trekking premises of University also aided in transforming the lives through reformations of the predominantly young people mostly students of Ahmadu Bello University into a model emulative of the life of Jesus Christ that emphasizes selflessness and sacrifice. At one time he was a part-time Chaplain of the University, several years after his retirement from active service in the University.

The Charity and Faith Mission Inc., which he established ran a center for continuing Education that award diploma, certificates in pubic health care, with pastoral discipleship training and extra moral lessons barely free of charge. Professor Ishaya Audu no doubt lived an exemplary life, a life of complete devotion in the service to God and humanity without expecting rewards on earth.

His diligence, patriotism and contributions to nation building were evident in his flag of discipline and fundamental ideology. He left a big and long shoe that can hardly be warred by diligence, patriotism, selflessness, prudence, the fear of God and open-mindedness. As a humanist, he had left a big vacuum that would for long-time be left intact due to the self-centered tendencies of the majority of Nigerians.

Professor Ishaya Audu was a true Christian by the attributes of exemplary life, a true academic by the urge of acquisition of qualitative education and a true administrator by the show of gracious inspiration. Nigerians must thread the path exhibited by this great man of God in-order to find the succor of national restitution and true progress. 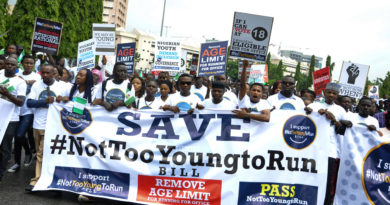 Nigerian Youth and The Authentic question of National Development 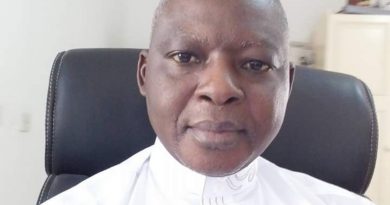 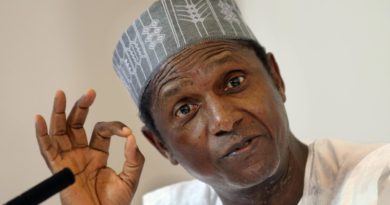 President Umaru Musa YarAdua: 7 Notable Legacies of one of the greatest Abusite of all time