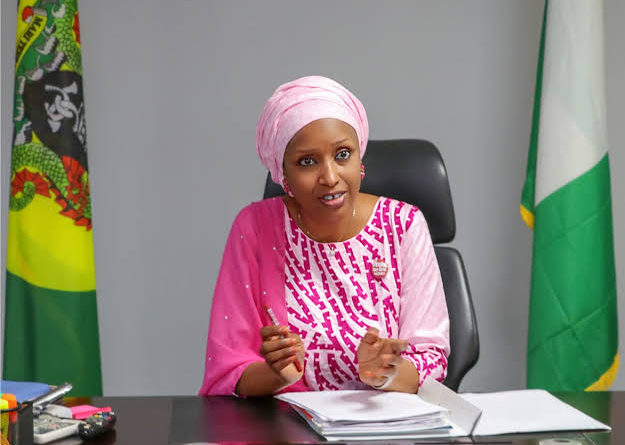 The Nigerian Ports Authority (NPA) is saddled with the role of managing Nigeria’s seaports through which over 75 percent of imports and exports pass. However, a blend of corruption and cronyism has rendered ineffective what is one of the most critical agencies of government as a revenue generating organ and gateway to the nation’s economy. For a long time, the fastest and sometimes only way to get business done at the ports in Nigeria is to be someone in government, know someone in government or pay a bribe. This is fast becoming the outlier rather than the norm now, thanks to one woman.

A 2006 concession of ports and consequent transfer of cargo handling operations from the NPA to private firms did little to improve the efficiency of the agency. The average clearing time for cargo at Nigerian ports ranges from 19 to 21 days while neighboring ports in Lome and Cotonou take between 3 to 7 days. Conversely, the demurrage free period at Nigerian ports is lower and terminal handling charges higher than what obtains in other countries.

President Muhammadu Buhari appointed Hadiza Bala Usman, A 41 years Old Ahmadu Bello University Graduate, as the first ever female Managing Director of the NPA in July 2016. Until then, she was the Chief of Staff to the Kaduna State Governor, Nasir El-Rufai, helping to spearhead reforms in a state that badly needed rejuvenation.

By entrusting the herculean task of reforming one of the most important agencies of government to a young Hadiza, President Buhari seemed to dispel all sentiments of his aversion to youth and women inclusion in government. The appointment also signaled the intentions of his administration to tackle corruption in a major revenue-generating agency to diversify the nation’s revenue stream and break away from the over-dependence on oil.

A Master’s degree holder in Development Studies from the University of Leeds, Hadiza’s background and experience in policy research and public sector reforms has been instrumental in terminating systemic corruption and repositioning a moribund NPA for excellence in performance and delivery of quality services.

Unremitted funds represent the darkest shade in a spectrum of economic and financial crimes against the Nigerian people by those trusted with the resources of the nation. It took less than 6 months after Hadiza Bala Usman assumed her role as Managing Director to uncover a N11.23 billion fraud at the maritime agency. Investigations revealed that some commercial banks in collusion with some officials of the agency hid funds collected as revenue in secret accounts instead of remitting same into the NPA’s Treasury Single Account with the Central Bank of Nigeria.

$24.1 million of NPA revenue that should have been remitted to the federation account was found hidden in an account at one bank and another 6 million Euros in separate accounts at two other banks. Another $5.4 million was cleverly moved to TSA accounts in the Central Bank of Nigeria, but those accounts do not belong to the NPA. A determined Hadiza Bala Usman has since put strategic measures in place to recover these unremitted funds as well as recoup debts of about N250 billion owed the agency.

This is nothing compared to the $952 million and N3.3 billion revenue belonging to the agency allegedly cornered by a major oil & gas logistics services company operating in the sector. The $952 million, according to reports, forms part of the dues and charges collected on behalf of the agency since 2010 while the N3.3 billion is rent owed the agency for the company’s occupancy of the Onne port from which it operates.

ALSO READ: Aisha Buhari: The Courageous Abusite who may tip the scale

In essence, a company occupying government property without paying rent had been collecting dues and charges on behalf of the government without remitting the same to the government account. This is one of the most telling anomalies dismantled by Bala Usman.

But that wasn’t all. The Hadiza Bala Usman-led management discovered that top officials at the NPA bypassed Nigeria’s procurement laws to award contracts to handpicked contractors under a poorly disguised joint venture.

These revelations and Hadiza Bala Usman’s resolve to not only recover the funds but also put structures in place to block future access by private firms and individuals to public revenue accruing to the NPA naturally set her on a collision course with the forces of corruption in the maritime sector. Hadiza Bala Usman, who is also a member of the Presidential Advisory Committee on Anti-Corruption, has indeed committed to opening an anti-corruption office in the NPA in line with a report submitted by Nigeria’s Independent Corrupt Practices Commission on the corruption index in ports administration.

A memorandum of understanding signed with budget tracking and transparency platform BudgIT has made Hadiza Bala Usman’s NPA the first revenue-generating government agency in the history of Nigeria’s public service sector to open its budget and accounts to public scrutiny.

According to Hadiza, the move represents ‘a departure from the morally flexible and opaque practices of the past administrations by moving towards information democratisation, budgeting transparency and open governance.’

While fighting corruption at the NPA, Hadiza Bala Usman has also ensured a free market system, through a major policy review that ended a regime of monopoly and undue advantage enjoyed by some terminal operators. Prior to now, these terminal operators created a monopoly in connivance with some NPA officials to have all oil and gas cargoes directed to their terminals under a fictitious exclusive concession agreement. With that monopoly broken, about 170 port operators can compete favourably and on equal footing for cargoes to be discharged at their terminals.

In line with her mandate, Hadiza Bala Usman has also put structures in place to boost Nigeria’s foreign earnings through the NPA by setting up fast track desks for exportation of agricultural commodities and solid mineral resources in the nation’s seaports. This move will drastically reduce the time, and number of steps, it takes for farmers and miners to export their products through the ports.

This is a clear indication of her commitment to pursuing reform measures aimed at instituting best practices that would ensure ease of doing business in NPA’s operating and administrative processes.

With Hadiza’s commitment to blocking all revenue leakages and making operations at Nigerian ports seamless and efficient, the NPA could very well become a key economic driver for a Nigeria desperate to see a truly diversified economy in an efficiently run system. The ports are central to this vision and while Hadiza Bala Usman has clearly shown she is up to the task, there is still quite a long way to the vision desired by Nigerians for their ports.

Before then, she is sure to deal with the now firmly established counter-attack of the corrupt system, often referred to as ‘corruption fighting back,’ by Nigerians desiring the better or ‘Cofiba’ in short. So far, we have no doubt she is definitely more than capable of holding her own. 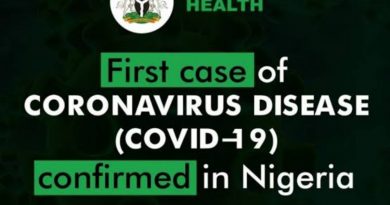 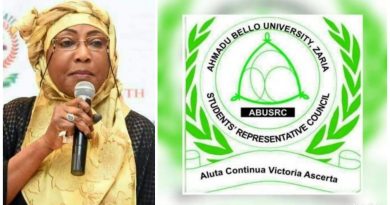 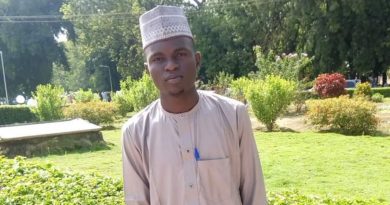