There were strong indications on Monday that students of public universities in the country would stay at home further as the Academic Staff Union of Universities (ASUU) dismissed the Federal Government’s directive that all educational institutions in the country should resume on Monday next week.

The National President of ASUU, Prof Biodun Ogunyemi, in a telephone interview with The PUNCH,  said the Federal Government was not sincere about negotiations with the union, adding that lecturers would not resume on an empty stomach.

Ogunyemi specifically took a swipe at the Accountant General of the Federation, Mr. Ahmed Idris, for violating a directive of President Muhammadu Buhari, that lecturers’ salaries should be paid.

He hinted that Nigerians should be ready for a long-drawn strike in universities with the way the government was handling negotiations.

Also, the Non-Academic Staff  Union on Monday said the Federal Government’s Integrated Payroll and Personnel Information System was not transparent, saying many of its members were being cheated.

Both  NASU and the Senior Staff Association of Nigeria Universities began a 14-day warning strike on Monday over the adoption of the IPPIS  in universities and non-payment of the minimum wage to their members.

The Minister of Education Adamu Adamu, had, at a media briefing in Abuja on Friday,  said the government had approved the reopening of educational institutions beginning from Monday, October 12.

Recall that all educational institutions in the country were shut in March following the outbreak of COVID-19.

But before March, the Federal Government and ASUU had been at loggerheads over the IPPIS,  which the later said should not be adopted in universities because it would violate their autonomy.

Buhari, during the presentation of the 2020 budget in October last year, ordered ministries, departments, and agencies to migrate to the IPPIS as part of efforts to check fraud.

On March 23, ASUU began an indefinite strike to force the Federal Government to implement its agreements with lecturers and protest against the IPPIS.

Responding to a question on when the strike would end, Ogunyemi stated, “You can’t expect people to go back to their offices on an empty stomach. You don’t expect my members to suspend this action when their demands have not been met. It is a very clear decision that anybody will  make in  this circumstance.”

He said that on August 18, ASUU wrote the Federal Government, stating that it was ready to demonstrate its University Transparency Accountability Solution, which is designed as an alternative to the IPPIS.

According to him, the union did not receive the government’s reply until September 30.

Explaining the contents of the letters, he stated, “They said they were considering our requests for a meeting. Mainly, we raised two points in the letter we wrote to them, that we are ready to demonstrate our platform which is the alternative to the IPPIS.

“We had earlier presented it to the Ministry of Education, although we told the Ministry of Labour that they should facilitate presentation to other stakeholders, particularly the Office of the Accountant General of the Federation. It is from there we are being dribbled.”

Withholding our salaries not good for negotiations – Union

Berating the AGF, the ASUU president stated,  “The AGF has withheld salaries of our members. The salaries withheld range from three months to eight months and I don’t think that is good negotiations. If you think you can use hunger as a weapon of war against Nigerian academics,  it means the government is not sincere about building an enviable university system in Nigeria.

“All these games of arm- twisting, intimidation, and manipulation will not take them far and that is why we want Nigerians to prevail on the AGF to stop this attack on our members.  He is using hunger as a weapon of war and he should get ready to be tried for genocide.

“We have reasons to believe they are trying to frustrate the new platform we have developed and we are not going to take that kindly because we used the contributions of our members to develop that platform. We didn’t take a kobo from the government because we thought we should demonstrate patriotism.”

He recalled that at a meeting between the union and the government held on March 17,  issues such as visitation panel to universities, earned academic allowances, and revitalisation of the institutions were discussed.

“I want to assure Nigerians that while the AGF may claim that he is achieving his objectives by humiliating some lecturers,  we have a vast majority of our lecturers who are resolute and they are ready and steady in the ongoing struggle and at the appropriate time the showdown will come and Nigerians will see the truth about what is behind the IPPIS,” Ogunyemi stated.

Efforts to get reactions of the  Director of Information in the Office of the Accountant-General of the Federation, Henshaw Ogubike, did not succeed as he had not responded to questions sent to his phone as of the time of sending this report. He had earlier requested that the questions should be sent to his phone.

Every lecturer has been paid, all ASUU members now on IPPIS – FG

But the Minister of State for Education, Chukwuemeka Nwajiuba, in an interview with The PUNCH, said all lecturers had migrated to the IPPIS.

He said, “I think every ASUU member has been paid.  They received their last salary in July, which was the period transfers were made last. What they haven’t received are their August and September salaries.”

On the allegations against the AGF, he said funds for salaries were not being given to universities, but paid into individuals’ accounts.

He stated, “You remember that the President gave a directive that they should be paid, so they submitted their details which were then used to migrate them to the IPPIS. So while they were still protesting that they didn’t want to be on the IPPIS, the IPPIS platform accommodated and paid them.

ALSO READ:  Some of our members haven't been paid for 13 months - ASUU

“ Even when they were on strike, we kept paying them. We paid in March, April, May, June, and July.  They are now on the IPPIS because, during the period of the lockdown, there was no other way to pay them. When they gave us their bank verification numbers, we migrated them to the IPPIS and we are now paying them on the IPPIS.”

Meanwhile, the Federal Government on Monday condemned the 14-day strike embarked upon by SSANU and NASU.

The  Director  of  Press and Public Relations, Federal Ministry of Education, Ben Goong,  in an interview said, “The strike action is unfortunate, unnecessary and uncalled for.”

However, the General Secretary of  NASU, Peter Adeyemi, in a telephone interview with one of our correspondents, asked, “How can someone in the Federal Ministry of Education be saying our strike is uncalled for? “

He said although the union initially supported the IPPIS, it later discovered that government was not keeping its promise.

Some of our members are not paid, some shortchanged – NASU

Adeyemi stated, “Government started implementing the IPPIS and started shortchanging our members. If we did not agree to key into the platform, they would call us irresponsible. But we have discovered that they are not transparent. The problem started in March. We will only call off the strike when they correct all the anomalies. Some of our members were shortchanged, while some were not paid at all. There are a whole lot of them.” 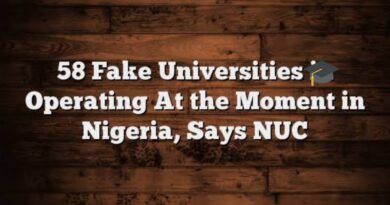 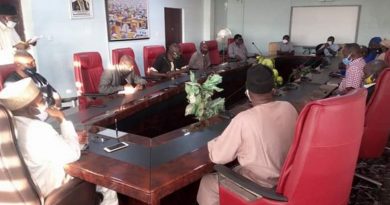