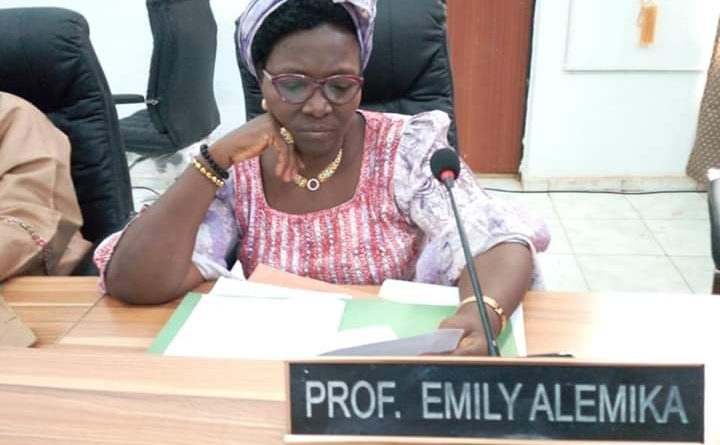 From a victim of child labor to a renowned Professor. That is the inspirational story of Professor Emily Alemika of the Department of Public Law, Faculty of Law, University of Jos (UNIJOS). She is the first female law professor to have come out of the entire Kogi State.

The product of a broken home, she was a victim of child labor and who by the age of 13, had worked as a maid in 12 different homes, in 33 villages before starting primary school at the age of 13. She was undaunted in her drive to the top. Little wonder she is an apostle of encouragement, not only to women but all she comes across.

Professor Emily Alemika, the first woman from Kogi State to become a law professor was born in 1957 in Odo-ape in the Bunu Community of the Kogi State of Nigeria to Taiwo and Reuben Alemer.

She was a victim of child labor and by the age of 13, she had lived with about 12 different employers, across 33 villages in Bunu territory. As a result, she enrolled late into, starting primary school at almost 14 years.

Professor Emily Alemika attended Saint Bartholomew’s Primary School, in Odo-Ape and Bishop Smith Memorial College of Ilorin before proceeding to Teacher’s Training College in Kwara State. She then obtained a diploma in law from the Ahmadu Bello University, Zaria and studied Information Sciences at the University of Ibadan.

She obtained her LLB from the University of Jos and a Master’s Degree in Criminal Justice at Saint Joseph’s University in Philadelphia, Pennsylvania, United States. She had her Ph.D. at the University of Jos in 2014 and was appointed to the Faculty of Law in October 2014, becoming the first woman from the state of Kogi to be a law professor.

Prof Emily Alemika started her early career with P&T in Lagos where she worked briefly and worked for one year at the Investigative division of the Nigeria Police Force upon her return from the United States.

In 2017, She was appointed as a member of the governing council at Kogi State University by Governor Yahaya Bello.

Her publications include;  “Intelligence Gathering and Community Policing as Panacea for Crime Control Mechanisms and Security Measures in Society: The Nigeria Nation in Perspective”; Humanity Jos Journal of General Studies Jos; Legal Framework for Juvenile Justice in Africa: A Critical Analysis from the Nigerian Perspective”

“Comparative Analysis of juvenile justice in Afirica with focus on Nigeria”; Corruption and Good Governance in Nigeria” and many others.

She is passionate about human rights and encourages and mentors many. She works on issues that affect vulnerable populations, women and children.

Professor Emily Alemika is married to Professor Etanibi Alemika also of the University of Jos.

Prof Emily Alemika Gives all credit to her husband.

Being the first female professor of law in the whole of Kogi State, I did not know I was the first in my state until I started receiving congratulatory messages.

In fact, it was my senior colleague that drew my attention to it and I told him I have not thought of that because I did not set a pace for myself to be there before any other person. But in all, I thank God for the grace because that also includes the old Kwara State from which Kogi was carved out.

This position was further confirmed at a conference at Afe Babalola University. So, we are not just making the statement, it is a fact. At least, we are sure of the whole Kogi State and I come from a community called Kabba Bunu where also I was known for my struggle and determination to become somebody.

How background impacted her career

My background was very interesting. You can imagine starting primary school between the ages of 13 and 14 years. Before primary school, I had stayed with more than 12 people but none of them sent me to school.

All I was known for was the fact that I was hardworking and very good at helping people. So, I was always asked to help either an aged person or a young woman giving birth or someone that has business to do and felt I would be of help.

Coming from a broken home, it was difficult to have a feel of what happened. So, those times I was being taken from one home to another, I never had the privilege of knowing my mother or father. I was dashing from the hands of relatives to the friends of relatives but wherever I was taken, I did my best diligently.

There was never a time I knew myself to be a child. I was doing things like adults; walking distances, quickly taking a tin of oil to the market before rushing to the farm. If I have to tell you how my background impacted me, I will tell you that it made me rugged.

Talking about my primary education, I can tell you that all hope was lost until 1968 in Lokoja when I was in the 12th home and coincidentally, the last place I was taken to.

I was there as a local restaurant attendant and I was receiving sixpence per month. One day, the lady said my father wanted me back so I could enroll in school but I refused because whenever they did that, it meant they wanted to give me to another hand.

So, I pleaded with the woman not to allow me to leave her because that was the only place I was treated like a human being and also had the privilege to earn income. I told her I would rather die with her.

Once she agreed, I was happy and went about to hawk pounded yam but after few days, she said, ‘Look, you have to go back to the village because your father has threatened to arrest me with police if I do not send you back.’ I went back in December of that year.

That was the time I started being able to pick years and I knew that it was in 1968. Eventually, January 1969 came and I was enrolled in Primary One. Within these years, I had moved around the 33 Bunu villages, serving people. But one thing on my mind was that I wanted to go back to school. So, on the farm, I would be marching to the tune of the school drum’s beat.

Even though I was the fourth in my family, I was the only one that was able to scale the hurdle. It was tough though, but I was not looking back. I kept moving along, trying to fit in with those younger schoolmates.

I never knew where my mother was and I never lived with my father. It was not as if there was anybody around to encourage me. It was a hopeless situation. Even the day I saw my mother, they just called me and said ‘that is your mother’ and before I knew, they asked me what I was still doing there with her and that was all, she disappeared again.

So, I continued with my life the way I found it. Any stage I got to was where God wanted me to be. In my trying to know how to read and write, I excelled.

It was my performance rather than my career choices that were taking me to the next level. For instance, at the end of my primary education, I was among the best three. Aside from the Common Entrance examination held in my locality, I was taken to Lokoja for another interview and that was how I got admission into a secondary school.

When I finished secondary school, I chose to go to Teachers’ Training College because it was free. I was moving towards teaching but because I love people, I wanted instead to go into nursing. It was at that point that my husband came into my life. I was the talk of the entire village because of my academic performances and he changed my idea of becoming a nurse.

It was not as if I sat down to choose Law. I read Law by default and also in my husband’s house. That is the reason I tell people that it is God first and my husband second. If he tells me to put my hand in a fire, I am not going to think about whether it will burn me.

I will rather obey him first. He has been my guardian angel. Our marriage was very new when I gained admission to study diploma in Law at Ahmadu Bello University, Zaria.

When I was through with the program, I went to join him in the United States. When I got there, he bought a form for me to do a Masters in Criminal Justice.

I could not understand how he expected me to do Masters with a Diploma in Law but he encouraged me by reminding me that I was brilliant enough to do it. Behold, by the time I was through with the first stage, I passed very well and I continued till I finished it.

When we returned to Nigeria, he worked hard to see that I was enlisted for National Youth Service Corps. Again, he came back to tell me that it would be nice if I go for Law so I could practice. I earlier told him I was tired but he pressed on and I accepted. That was how I came to read Law.

I will say that it is going to be very difficult curbing the wave of broken marriages in our society. Traditionally, before a woman abandons her home and children, it would have been a matter of life and death, a situation where people advise her to either run away so that she can live to see her children in the future, or stay in the marriage and die.

So, you discover the matter was less in the past but with the pragmatism of the society, education and other issues, I do not see the problem of broken homes reducing. It will rather be on the increase.

There are so many factors or parameters now than before that are responsible for broken homes the greatest of which is the economy. Women are out seeking ways of keeping the family together but the man has given up.

Yet, he is still at the helm of affairs, dictating the way things are to be done and because the woman is economically empowered, she tells the man to get to hell.

The only thing I can say is that we should start thinking of how to manage the children born into such homes. There should be a law that permits the mother to take care of the children in their formative years while the man assists financially.

Being in an academic environment

So, while doing all these, preparing students and be relevant to them, I create social interactions in that setting. You can get enough interaction with students. One thing that is good about academic environment is that it gives you the freedom to express yourself and use your time judiciously. 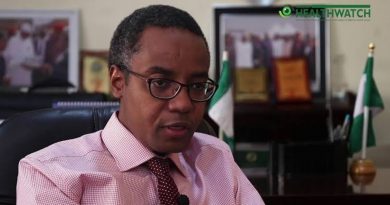 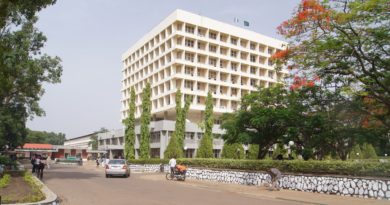 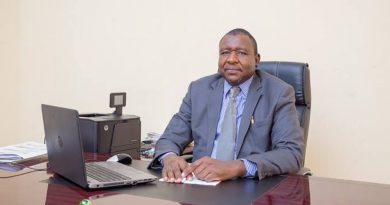