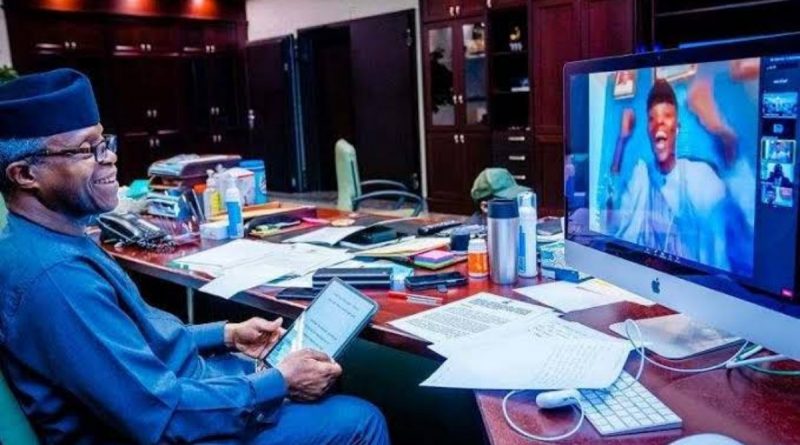 Last week, Vice President Yemi Osinbajo, SAN headlined the Virtual Edition of the Annual MSMEs Awards, and a few days after, all the winners have now taken delivery of their cars, cheques and award plaques, according to a statement by Laolu Akande, the spokesman of Osinbajo.

But beyond the cash and car gifts, other incentives to be enjoyed by the winners and other finalists include a 3-month spotlight on their businesses aimed at boosting patronage for their products and services.

In the BOA Award of Excellence in Agriculture category, JOSULT Oil Processing Company (JOPC), an oil palm processing business run by Mr. Joshua Joseph and based in Akwa Ibom State was the winner. Products of the company are sold in Akwa Ibom, Rivers, Delta and FCT.

In the category of the SON & NAFDAC Award of Excellence in Beauty, Wellness and Cosmetics, Ladi Mairo Shambo, founder of DIJMEDS Limited from Niger State, won the award. The company specializes in the making of beauty soap and sells its products in Niger and neighboring States.

For the CAC Award of Excellence in Creative Art, Mr. Olalekan Lashekan of Lordebukks Arts from Lagos went home with the prize in the category.

Olalekan is a graduate of Industrial and Design Arts from the Ahmadu Bello University, Zaria. Lordebukks is into the recycling of waste materials like woods and cans to make sculptures and other artworks.

In the NEPC Award of Excellence in Fashion & Style, Orjinta Clement of Klemzy Designers Concept Workshop from Abia State in the production of Nigerian male garments or various kinds and Personal Protective Equipment (PPE), amongst others.

In the category for the RMRDC Award of Excellence in Leather Works, Proach Shoes, founded by Erem Prosper from Abia State won the prize. Proach Shoes is into the making of corporate, ladies, casual shoes, and military boots.

In the category of the NITDA Award of Excellence in Technology Innovation, Kombak Ventures a company founded by Mr. Israel Terwase won the award in the category. The Benue-based company specializes in the fabrication of machines for sanitation, water supply, and related purposes.

From Jos, Plateau State, Mafeng Woodcraft, founded by Mafeng Iliya Yohanna won the ITF Award of Excellence in Furniture & Woodworks. The company is into woodworks and furniture. The outfit makes furniture for home use, school, office, public arena, and other purpose-built furniture.

Sa’adatu’s S & M Spices specializes in the production of food spices. After featuring in the 2019 Clinics, the company has expanded the scope of its production and currently distributes its products to states in the northwestern part of the country.

First Morey Foods is into the processing and packaging of kinds of seafood for distribution across the country. The founder of the company, Orioye Benedict Gbayisemore was an N-Power Beneficiary that was enlisted for the scheme in 2018 and was also a participant at the MSME clinic held in Ondo State in 2018.

For the Access Bank MSME of the Year category, Adejoke Lasisi of Planet 3R from Oyo State won the award. The company recycles textile and plastic products into various products like paper bags, gift boxes, designs on clothes and slippers, amongst others.

In the category of the SMEDAN Best MSME Clinic Support State, Kaduna State won the award. The State was selected ahead of Ebonyi and Nasarawa states which were also finalists. Kaduna State won for its exemplary support to MSMEs in the areas of training, financing and other assistance given to MSMEs operating in the state.

The state has in place the Kaduna Startup and Entrepreneurship Programme for the training of prospective business owners and the provision of support for MSMEs startups. 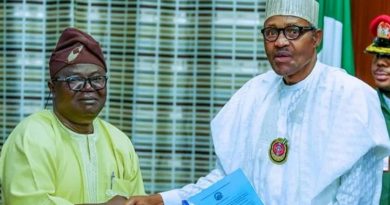 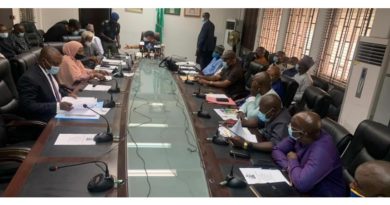 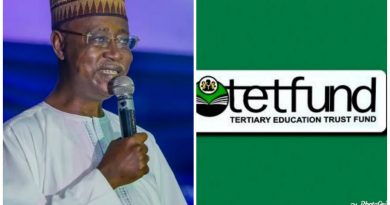