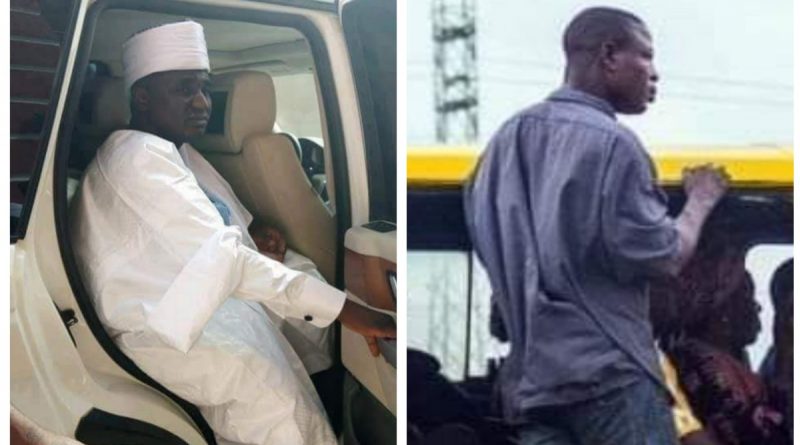 LIFE! A few weeks ago, I was driving on the Apapa-Oshodi expressway and stopped briefly under the Ilasamaja Bridge to pick a call. Suddenly, a Danfo bus pulled up beside me, the bus conductor jumped out & landed by my side. I thought I was about to be robbed!

However, the conductor had other plans… ‘Oshodi Oshodi Oshodi o…’ I heaved a sigh of relief and breathed deeper, then I saw a guy I’d known for long. Years of separation couldn’t play on me any trick. He was one of the brightest guys in our class back then and had won for us a couple of Inter-School competitions.

He was of a modest middle-class family that valued education and when he says a word is ‘adjectival proverb’ or ‘future present past participle’, we dared not argue because he was usually and always right.

Always ahead. He had a way of mentally working out complex mathematical equations without writing. He was a silent threat to the ‘booboo’ teachers and would sometimes challenge their answers’ which later earned him cold hates from some of the teachers.

Gbenga was that hot and was named one of the most likely to succeed in our class. ‘Oshodi…Oshodi…Oshodi oke o…’ He continued. I pushed out my head from the car and ‘holla’ his nickname. ‘Gbengene!’

He was shocked. Only his old allies would call him that name, I guessed. He looked intently at me and then screamed. I came out of the car and we hugged fiercely, like old thieves, gallons of his sweat rubbing all over me, but I cared not. I was happy to see my old friend.

‘Viko ómó’lòpè, what’s up? O ti sha-pra-pra gan o…’ He hailed loudly in street parlance. We, however, couldn’t talk as he had to get back to work, and his driver ‘oga’ was blaring the horn angrily. So I took his phone number and watched him go adoringly.

Gbenga ran back to the moving Danfo bus, jumped in and clung tightly to the door as if his entire life depended on it. He gave me a parting smile and flashed a decolorized teeth supposedly darkened by excessive marijuana smoking and deep-seated apathy to dental hygiene.

ALSO READ: The Secret to Living a life of contentment

God, what happened! I stood, rooted to that spot and watched him disappear into the fast-moving Lagos metro.

Then came a flurry of emotion. I cried! As I drove on, I flashed back to another flip-sided slice of life that made me conclude after all that life is nothing but a scam.

I was on Admiralty Way in Lekki and stopped at AP/Tantalizer Junction to shine my shoe. I was admiring the Aboki doing his work with much passion when a black Range Rover halted suddenly behind me and the screech of the tyres made me dive for safety.

God forbid bad thing! While on the safer side, I glanced back to see the idiot behind the wheel, then I saw a familiar face. ‘No! Haba! It couldn’t be him’ I argued within me, then wiped my face for a clearer vision. The loser was still there, smiling stupidly.

The face rang a louder bell, and of course, I remembered him. ‘What in hell could Bala be doing inside this Range Rover?’ I queried myself. It is tragic to be dumb, and a tragedy to be stupid, but it is an incurable curse to be both. Bala was dumb and stupid!

His parents were extremely poor! That, conjoined with his non-existent academic performance which affected his confidence and social life, he was simply termed a failure and had severally been assured he wouldn’t amount to anything in life.

He agreed, and we all agreed with him. So we treated him as nobody, a scumbag. ‘Well, maybe Bala had finally fulfilled his destiny and become a driver as predicted’ I concluded, grinning sheepishly.

What a stupid miscalculation! Balarabe, the dullest guy in my class was the proud owner of the R2. Back then, this guy could not even write a decimal point with a bottle, but now signs cheques with gold pen and cruises posh SUVs all around Lagos.

We hung out at The Sailors Lounge and he told me how he reinvented himself. He attended few crash courses, changed his orientation, worked with a shipping company in Apapa Wharf, became hardworking and brutally honest.

His boss loved him and mentored him in the shipping and importation business until he started his own company.

Wow! Balarabe! A CEO of a Shipping Company!!! Bala! A scum of the earth?! I couldn’t sleep that night as I kept musing over Gbenga and Bala.

So I concluded. The race isn’t to the swift, nor the battle to the strong, nor riches to men of understanding, nor favor to men of skill; but time & chance happen to them all.

It is truly not over until it is over. Reinvent yourself, change your attitude & let honesty be your watchword 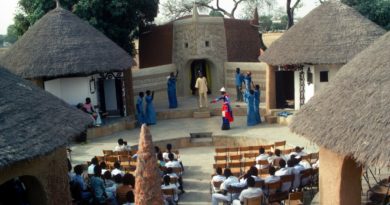 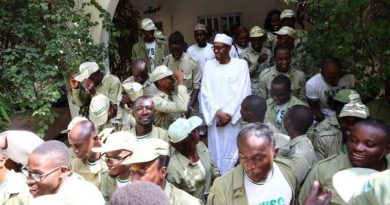 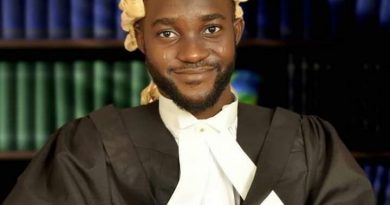 Law School: “I passed the Bar exams without knowing the way to the library”- Alade Oluwatoyin (Legal Poet)

2 thoughts on “THE TWIST OF LIFE – A Story You Must Read!”

Top 7 Groups of Abusites you will always meet in ABU