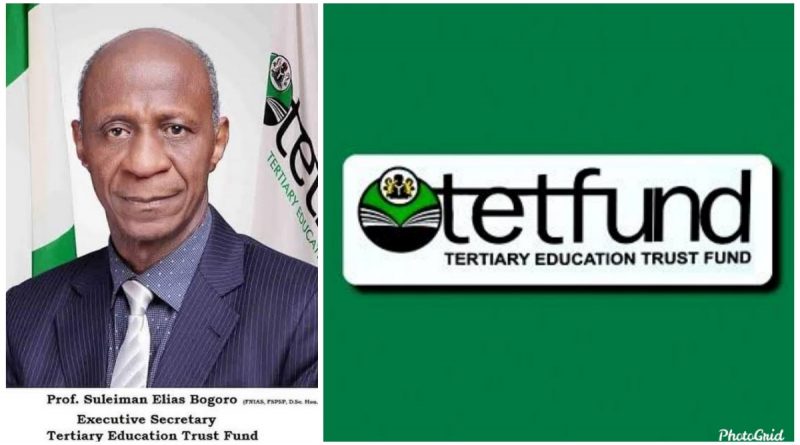 The Tertiary Education Trust Fund (TETfund) has sponsored a total of sponsored close to 30,000 lecturers for masters and PhD programmes in both local and foreign institutions in the last ten years.

Executive Secretary of TETFund, Professor Suleiman Bogoro, disclosed this on Thursday in Abuja at the 10th anniversary of the Fund.

Bogoro noted that the Fund has executed 152, 838 infrastructural projects in public universities and other beneficiary institutions in the last 10 years.

He said the projects included lecture theatres, classrooms, hostels, offices, road networks, laboratories and fencing in some institutions in different parts of the country.

Bogoro added that the Fund had also sponsored about 30,000 lecturers for masters and PhD programmes in both local and foreign institutions.

He further noted that in a bid to boost human capacity in the beneficiary institutions, over 68,000 academic and non-academic staff of public tertiary institutions had been sponsored by the Fund to attend local and foreign conferences.

He stressed that the Fund equally supported over 71,263 lecturers under its Teachers’ Supervision Programme among over achievements.

“So far, the Fund has procured over 2,080,041 books for use in the libraries, 152,844 E-Resources and 380,778 equipment and furniture distributed across public tertiary institutions in Nigeria,” he said.

Bogoro disclosed that President Muhammadu Buhari had approved that TETFund completes the National Library which, he said symbolised the institutional repository of knowledge and research globally.

On research, Bogoro said 2011, the Fund launched the National Research Fund (NRF) with a seed fund of N3billion as a take-off grant to support cutting edge research in areas of critical national need and development.

He added that in 2015, N1billion was added, in 2019, allocation became annual and N5billion was approved for that year.

He further added that in 2020, President Muhammadu Buhari approved an additional 50 per cent increase in allocation to the NRF, making it N7.5billion for that year and N8.5billion in 2021.

“So far, a total sum of N9billion has been accessed by lecturers to finance their research activities.

“A total of 457 research projects have been approved across the country, some have been completed while some are still ongoing.

“The Fund also allocates funds on an annual basis to support Academic Research Journals and institution Based Research (IBR) for research projects not more than N2million per project.

“So far, about 2,175 projects have been approved for Institution Based Research and 342 Academic Research Journal projects were undertaken between 2011 and 2021,” he said.

The executive secretary also disclosed that TETFund had been playing a significant role in Covid 19 Research in the country and drug development in general.

He commended the Chairman of TETFund Board of Trustees(BOT)Kashim Ibrahim-Imam for approving four mega research clusters.

He said the clusters had with funds ranging from N250million to N450million in response to COVID-19 Vaccines and Drug Research, Security/Defense and Dairy Research and development in the 2021 budget.

In his remarks, the Permanent Secretary, Ministry of Education, Mr Sonny Echono commended TETFund for the impact made since inception, while calling on other agencies of government to emulate the Fund.

Echono who represented the Minister of Education, Malam Adamu Adamu, while disclosing that the specialised University would commence academic activities in 2022, commended the State Governor, Bala Mohammed for providing facilities that would enable early take-off of the University.

He said the 10 years of existence of TETFund was worth celebrating, in view of the great achievements recorded by the agency within the short time as acknowledged by stakeholders.

He said his state and other state governments had allocated about 30per cent of the annual budget to education in view of its importance to national development.

The high point of the event was the unveiling of the Impact Assessment Report and award presentation to deserving partners.

TETFund formally Education Trust Fund (ETF), was originally set up as an agency to intervene in the Education Sector by the Education Tax Act No.7 of 1993 as amended by Act No.40 of 1998.

The Act was repealed and replaced with the Tertiary Education Trust Fund Act of 2011.

The 2011 act, refocused the Fund towards the development and rehabilitation of infrastructure as well as research and development in public tertiary institutions including universities, polytechnics and colleges of education.

These institutions are funded through the two per cent Education Tax introduced on assessable profit of all registered companies in Nigeria. 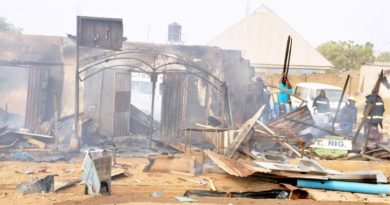 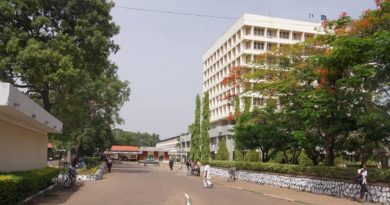 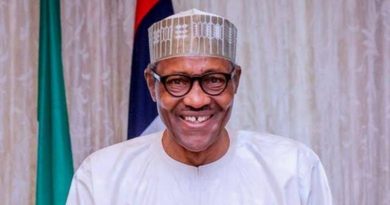