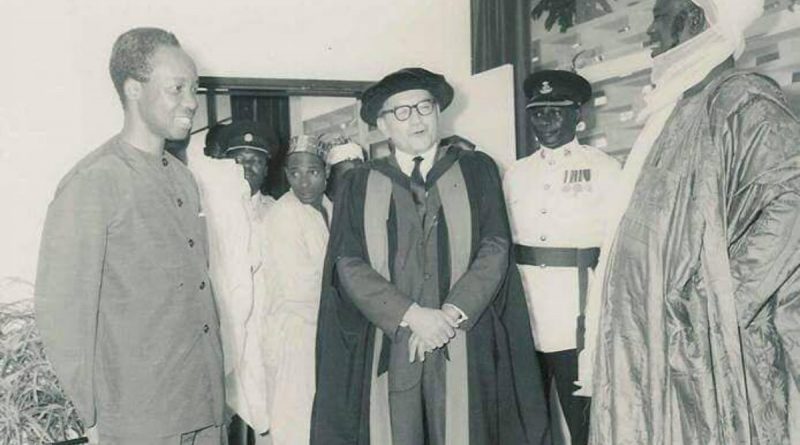 Norman Alexander was a distinguished physicist who was instrumental in the establishment of many of the modern Commonwealth universities, including our own Ahmadu Bello University Zaria, the Universities of the West Indies, the South Pacific and Botswana, Lesotho and Swaziland.

Alexander was born in Mangapiko, New Zealand, one of eight children of second- generation immigrant farmers from England, Scotland and Denmark.

Like all farm children of pre-electricity, pre-tractor days, he worked barefoot on his allotted farm tasks, developing the personal resilience, the practical approach to problems and the understanding and respect for Maori and other cultures that marked his career.

A brilliant scholar from his days at the village school, Norman Alexander graduated from Auckland University with first class honours in physics in 1927, and came to Cambridge in 1930 on a two-year scholarship to the Cavendish Laboratory under his compatriot Ernest Rutherford. When this scholarship expired he funded the rest of his PhD through a post as Demonstrator in Physics at King’s College, London.

In 1936, newly married to a fellow PhD student Elizabeth Caldwell, Norman Alexander moved to Raffles College in Singapore as Professor of Physics. There, one of his extra-curricular projects was to develop, for the Royal Navy, his own method and tools for plotting the projections they needed in setting up a chain of radio direction-finding stations.

Once launched on the work, he set about designing and making a machine that would draw great circle bearings plotted on Mercator charts, the method the Navy preferred: until his intervention this had involved solving thousands of spherical triangles, a formidable task in the days before calculators.

Such skills received further honing first in Changi Gaol and later in the notorious Sime Road internment camp, after the fall of Singapore to Japan in 1942.

Fellow prisoners remember Alexander’s lectures in physics, his sharp intellect, his scientific thinking, ingenious practicality, humour and scrupulously fair humanity. His daily argument with a cell mate was set up for the express purpose of intellectual survival under brutalising conditions.

It was in Changi too that he worked with fellow prisoners in building a salt evaporation plant, from materials permitted to be scrounged from immediately outside Changi’s walls or made by the ingenuity and skills of fellow inmates.

Before he was moved to Sime Road, their small industrial plant was providing the camp hospital with surgical spirit (fermented from fungi found to grow on rice and then distilled) and other products including forms of the antacid Milk of Magnesia and “Milton” sterilising fluid.

He returned to Singapore after his release as soon as his health permitted, to join his colleagues in restarting teaching at Raffles College. Enterance examinations had to be set but nobody could be sure what students had been able to study during the occupation.

To optimise their chances he set the following question: “You may have found none of the questions on this paper to your liking. If that is the case, set yourself a question and answer it.”

In 1952, Norman Alexander moved to Nigeria to take up the post of Professor of Physics at University College, Ibadan, an internal college of London University that became Ibadan University on Nigeria’s independence in 1960.

Here his department developed magnetic and ionospheric geophysical research, contributing to the International Geophysical Year 1957-58 and becoming one of the two satellite tracking stations of the new US satellite programme.

The magnetic station he established to his own design became one of the most important geophysical observatories at low latitudes and his first “home-grown” PhD students went on to become distinguished geophysicists in the international academic community.

Soon after the death of his wife in 1958 and his remarriage to Constance Geary, Professor of Education at Ibadan, he moved to the Middle East Technical University, in Ankara, to teach engineering physics, but gave up the post after a year on the invitation to become first Vice-Chancellor of Ahmadu Bello University, Northern Nigeria, a post he held until 1966.

From 1966, Alexander was heavily involved as a kind of “freelance Vice- Chancellor”, offering his expertise to help in the setting-up of other Commonwealth universities, including the University of the West lndies in 1966 and the new University of the South Pacific in Fiji from 1966 to 1968.

Norman Alexander returned to Britain in 1968, but his appointment as Advisor to the Ministry of Overseas Development in 1970 took him to the development of another federal university, that of Botswana, Lesotho, and Swaziland, where he authored the Alexander Report (1970) on the development of university campuses in each country and the unified development of higher education and vocational and teacher training.

In 1971 he was appointed by the Secretary of State for Commonwealth Affairs to the Governing Body of the School of Oriental and African Studies, London University, a post he held until his retirement in 1973.

Villagers of Redisham in Suffolk, where he lived after his return to Britain, remember some of Alexander’s practical engineering skills, as applied to their bus shelter, in the repairs to the church using geological specimens definitely not from Suffolk, and in the militarily accurate, fibreglass Roman soldiers’ helmets made for the children’s nativity play.

On the death of his second wife, Norman Alexander moved to Devonshire, where he married Evelyn Clark, an ex- education officer from Northern Nigeria. Here he maintained the house and garden through a unique blend of scientific principle, practical skill and the use of New Zealand fencing wire, while a succession of nurses and visitors recruited to help with his wife’s failing health were driven into the ground by his continued passion for hard argument.

Until the last few days of his life, Norman Alexander maintained his intellectual work by writing up his unique experience of young Commonwealth Universities (with a book planned) and analysing the milking pattern of the herd of cows visible from his window.

He was a man of enormous integrity, approachability, and perceptiveness who could and would argue the finer points of the late Beethoven quartets, the rigging of Nelson’s ships, or the military details of Alexander’s battles, with equal enthusiasm and expertise. 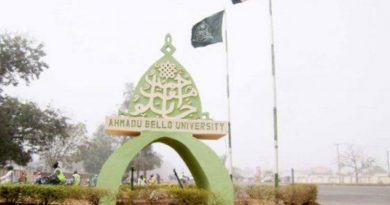 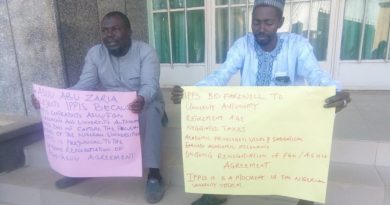 IPPIS – Why FG Must Not Allow ASUU To Have Its Way

ASUU and the Parable of the Barking Dog – By Samuel Ogunnaike