Several academics say a Bill aimed at preventing the sexual harassment of students by academic staff is superfluous and attempts to criminalise the higher education sector by unfairly targeting university lecturers who make up only a small portion of the higher education community and, indeed, the nation.

Under the proposed legislation, teaching staff found guilty of having a sexual relationship with their students could be sentenced for up to 14 years. It would also be illegal for lecturers to make sexual advances towards students. The bill, passed by the senate in July, is due to be sent to the House of Representatives. If passed there it will be sent to President Muhamadu Buhari for final approval.

In October last year, a BBC documentary involving undercover reporters posing as students exposed several incidences of sexual harassment of female students by academics at two West African universities, specifically, the University of Lagos and the University of Ghana. The airing of the documentary resulted in the temporary suspension of the lecturers involved.

Two days after the screening of the documentary, the Sexual Harassment Bill sponsored by the Deputy Senate President, Ovie Omo-Agege, was reintroduced to the Senate after first being introduced in 2016, according to CNN.

Upon its reintroduction, Senate President Ahmad Lawan described the proposal as “landmark legislation,” according to CNN.

“We have to protect our daughters from predators,” Lawan said. “We want our tertiary institutions to be a very safe environment for everyone, and this is a legislation that will ensure that wish,” he reportedly said. Students found guilty of falsely accusing lecturers of sexual misconduct could also be suspended, according to CNN.

In another high-profile case, Nigerian management sciences professor Richard Iyiola Obafemi from Awolowo University, Ile-Ife was sentenced in December 2018 to two years in prison for demanding sex from a female student in return for higher grades.

The reintroduction of the Bill has generated a lot of interest among academics. Of key concern is its focus on academic perpetrators. Several academics interviewed by University World News questioned why the Bill specifically targets teaching staff out of the whole gamut of people, including support staff and students on campuses and suggests that sexual harassment on campuses is limited only to teaching staff.

ALSO READ:  Why the position of vice chancellor is keenly contested in Nigeria

Professor Awwal Rasheed from the Faculty of Law at Ahmadu Bello University, Zaria, said he is baffled by the rationale behind the “non-inclusive” piece of legislation. “Should a law be made for a section of the society while others are excluded?” he asked.

Rasheed said in both Nigeria’s Common and Sharia laws there are detailed clauses and provisions with regard to the definition and punishment of all sexual predators.

The Bill, considered by some as evidence of a “proliferation of laws on sexual harassment” was also criticised by Benard Simeon, a law professor at the University of Calabar, who said credible sections of the Nigerian Constitution adequately cater for cases of sexual harassment.

“Our criminal laws and even customary laws on sexual harassment have been tested and proven to be efficient. Cases of sexual violence and sexual abuse are not limited to the campuses.

“This proposed legislation on sexual harassment is superfluous and should therefore be jettisoned. We should continue to administer the existing laws on sexual harassment, review them when the occasion arises and not create a new law for a section of the society,” said Simeon.

Dr Sunkanmi Atanda from the Department of Criminology at Ekiti State University, described the proposed legislation as a possible attempt to “criminalise the university system” and create an impression of “a leprous establishment”.

He warned that if the “segregationist law” was assented to by Buhari, a similar model would have to be carved out for secondary and primary schools, banks, government departments and market men and women.

Professor Suleiman Yekini from the Faculty of Law at the University of Maiduguri said one could not rule out “the possibility of resistance and civil disobedience from the academia” in the wake of the legislation. He said the universities were “very much aware of the unfortunate age-long sexual harassment against women” but “laws must be made for all sections of the society in the interest of peace and harmony”, he said.

Professor Margaret Bassey from the Department of Biological Sciences, University of Calabar, told University World News she believes the Bill is “sectional” and its contents expose its “sponsors’ bias”.

“I am for the defence of womanhood; both sexes are mutually indispensable for the well-being and survival of human species and human civilization. Why should a Bill be sectional and directed at the male lecturers? Are the female lecturers not susceptible to such sexual misbehaviour? This legislation should be holistic and non-partisan,” she said.

Dr Ellan Ambrose from the Centre for Sexual Abuse and Domestic Violence in Abuja agreed, arguing the need to “discourage promulgation of laws directed at a segment of the society especially when the problem is a general one.

“Laws with general deterrents should be used. Are the bankers, lawyers, legislators, governors and so on not culpable? It is simply a general menace.”

Funke Ekundayo, a barrister in Lagos, said the proposed law “cannot be better than the existing one”.

“It is a call for anarchy … it is clearly oppressive. In the first place, the law intends to say that sexual harassment is domiciled in the universities. This is not true; it is seen everywhere. This legislation is capable of creating confusion. Assuming a lecturer asks a student out outside the confines of the university complex, which law would you use? It is confusing.”

Aminat Ibrahim from the Centre for Women’s Rights, Kano said university teachers have in the past been imprisoned through the application of existing laws. “So why dissipate energies on what may not necessarily work? This legislation is also saying that male university teachers are elites who deserve separate laws in the society. I think something is wrong,” she said.

ALSO READ:  Education as a tool for social relevance

A student also questioned its merits.

Wunmi Akande, secretary of the students’ union at Ambrose Ali University, Ekpoma, said: “This new proposal dies before its arrival. Who will blow the whistle? It takes two to tango! When there is consensus between two adults, what can the law do?

It is only when a male lecturer decides to force a female student against her conscience that we have problems. What if they agree to marry each other, what would the law do? … This is a complex social issue … Universities and Nigeria have laws dealing with this and other associated problems.”

However, not all members of the university communities are against the Bill.

“The underlining philosophy of higher education here and perhaps universally is ‘excellence in character and learning’. So if the products of the education enterprise are expected to be academically and morally qualified, it only stands to reason that a lecturer, in loco parentis, has a more compelling reason not to betray the trust of the society and his calling.

“So, the Bill, if and when it is accented to by the President, will serve as a good deterrent to randy teachers who hardly deserve to be called academics. Institutions to which such offenders are affiliated may equally want to open a ‘Black Book’ or ‘Hall of Shame’ where proven offenders can be recorded for bringing their institution into disrepute.

On the flip side are students who sexually harass their lecturers, by whatever means. Sending them to ‘isolation centres’ or reform house may not be a bad idea”.

WHY ASUU IS ALWAYS ON STRIKE – Adamu Adamu 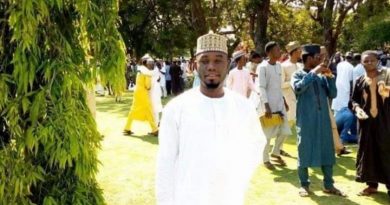 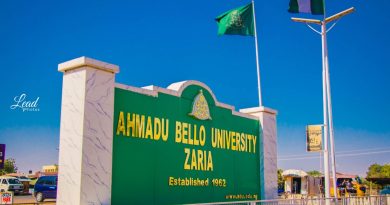 Ladi Kwali: The Woman on the 20 Naira Note