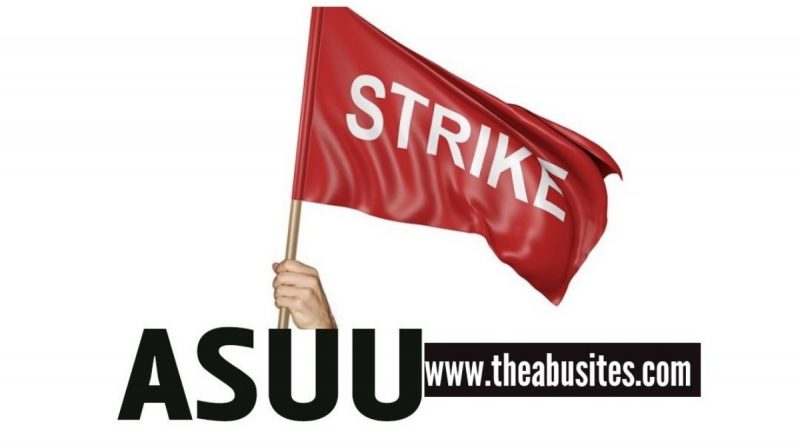 Firstly, I must acknowledge that Bukarti is a stout ASUU member and a fierce critic against injustice and insensitivity to the plight of the common man. I believe his voice represents volumes of minds especially those of students. His simple reason and that of all who share a similar view with him is that ASUU is a team of researchers, problem solvers, and banks of rational thinkers, thus, must device and unveil a new approach or strategy by all means possible to replace strike action.

This sounds a very nice challenge and perhaps, the simplest for ASUU to respond to in a very positive gesture, swiftly. I can contribute as many strategies as possible. But a tougher question hangs around the neck of the above simpler one i.e. the question of safety and viability of any proposed approach.

How safe and how viable is the newly hatched strategy towards forcing the government to heed to ASUU’s demand without disrupting teaching activities? Happily, in his submission, Bukarti proposed a maiden approach “Protest and Civil Disobedience”. This is the point I want to take on him pivoting on present Nigeria’s realities

It’s on record that, for over a decade, Pensioners have been staging a number of peaceful protests, pressing home release of their backlog allowances, and improvement of their welfare. Has that helped them out? Can Bukarti bring back close to his memory the Kwankwaso/Pensioners impasse? where monies meant for the Pensioners were illegally diverted for construction of Kwankwasiyya village.

Has Kwankwaso succumbed to the pressure of their protest? Can Bukarti help himself by answering, whether the mega protest he led against the removal of petrol subsidy in Silver Jubilee which metamorphosed to a nationwide protest made Jonathan to rescind his decision?

On 16 September, 2020, a group of concerned citizens took their protest to the Senate complex urging the legislative members to prevail upon the President on his plan to jack up electricity tariff and oil pump price. Did that perform any magic? Not too long ago, there were too many calls and protests, which I actively participated in pressurizing Mr. President to relieve his army chiefs due to the deterioration of the nation’s security situation. Did that bring out any green light?

#2. Protesting with the Students

From my experience, the likelihood of students to participate in the protests as predicted by Bukarti is a very thin one. Let me digress a little to make myself clearer. During my undergraduate time, in BUK, there was a particular session precisely 2011 we recorded the untimely deaths of over 4 students including an Aluta struggler, Fahad Madoobs due to reckless driving along BUK road.

Consequently, a lot of official correspondences were exchanged between the SUG and the University management under the Vice Chancellorship of Prof Adamu Rasheed with a view to forestalling similar occurrences but without results. The most fatal one occurred around 11:30 pm when a tanker driver crushed a 300 level biochemistry female student to death living three post UTME candidates swimming in their blood.

In the early morning hours, we organized a protest, after coming back from the burial arrangement. Our full-scale expectation was that majority of the students will join us in solidarity with their colleagues who departed. To our dismay only a few joined, many mocked us while others watched us carelessly and mindlessly.

Similarly, I led a protest over too much office and financial illegalities that enshroud the National body of the Jigawa State Students’ Association after receiving too many complaints from across all tertiary institutions. Surprisingly, only a few faces showed up during the protest. Therefore, Bukarti’s thought that, students will persevere and partake in serial protest is a mirage that may hardly come true.

I pray Bukarti could recollect his experience during the Silver Jubilee protest he championed. It was sincerely a peaceful one organized to exercise our civil right but our Aluta luxurious bus ended off been damaged by government-sponsored thugs, our flesh brutally caned, in addition to running nose due to teargas spray.

Is that how Bukarti wants our professors to end? Of recent, Nastura Shariff led a peaceful protest due to heavy bloodletting in the North. However, many participants were molested and Nastura was apprehended and isolated for days. One of the conditions for his release was that all other planned protests under the banner of his coalition be shelved, which he signed under duress.

By proposing participation of our students, it means a large crowd – a very conducive avenue for overzealous government officials and real criminals to execute their antics. Some bad elements can be hired to detonate just a common ‘ harmless knockout ‘ to cause panic and confusion in order to pave way for the government to arrest ASUU members and subsequently proscribe the union by tagging it as an armed group.

I hope Bukarti is still in full memory of the Zaria Shiat/Military clash that led to a huge loss of lives. It looks more like a pre-designed plan by the military. Albeit, I stand to be corrected. It is worth noting that ASUU must be the cost bearer of any kidnapping or rapping case that occurred during or after the protests before the students reach their various homes.

Especially, looking at the time you proposed for the conduct of the of the protest i.e. after the closing hour (dusk hours). Or does ASUU has the available buses to commute all students to their inner rooms safely and confidently after each protest? NO

When and how would they manage to do that? If the government decided to be reluctant in its ‘usual wisdom’ for 4 months, which means a complete semester, how do you expect your students to pass their exams outstandingly? By miracle? And if they performed woefully, how do you allocate to them what they are due to, knowing fully well that, they surrendered their full reading time in solidarity protest?

I want Bukarti to be sincere to himself by answering my question: how will he feel from the bottom of his heart begging students to join the protest? Awkward, indeed?
How do lecturers escape the just passed sexual harassment bill, which includes a torching hand of a student whether intentionally or unintentionally in such a large crowd protest?

How do you see yourself been posted and subsequently shared from one group to the other, with your mouth and nose wide open in a mockery manner, most likely by a student who failed your test? Embarrassing?

It’s as obvious as daylight that, there are plenty of retrogressive groups who are always willing to be sponsored to counterpoison genuine protest planned by any progressive group. This group of individuals will converge in a large number raining blames and accusations against the legitimate group while throwing their weight behind government policies and plans.

ALSO READ:  NUC Approves Immediate Closure of All Universities for A month

A normal tradition in Nigeria. I hope Bukarti is not unaware of the Heroes’ award given to late Buruji Kashamu by the students’ union, describing him as a rare mentor greedily to counteract his legal trial and USA allegations against him bordering on hard drug marketing.

ALSO READ: ASUU vs FG: So easy to take side with the oppressor in Nigeria.

I also expect Bukarti to remember those students who staged a befitting solidarity rally in favor of NDDC MD; Prof. Pondei and Minister of Niger Delta, Godwin Akpabio objectively to foil or dissipate the huge corruption scandal in the two establishments unearthed by the Senate interrogative session.

Sure enough, the first-day ASUU staged a protest, faceless and shameless students as well as members of the unlucky CONUA fragment would be sponsored to go against ASUU. More Disgusting would be that, the retrogressive groups will be given adequate publicity, recognition, and support in order to kneel ASUU down. In the simplest term, the protagonists would be persecuted whilst the antagonist would be accommodated.

Finally, I would like to clear the air on one hanging issue I .e. ASUU accused of been adamant on changing strategy? This is to a large extent not very true. The introduction of a warning strike is a strike-avoidance strategy proposed by some members aimed at alerting the government on the need to mend the fence so as to avoid a total and comprehensive strike. Does that stop strike now?

Members also suggested that ASUU be involving stakeholders and key authorities in order to canvass for their support and seek for their timely intervention prior to and on the course of strike action. Did ASUU reach out to both green and red legislative chambers on IPPIS? YES. Did that change the narrative? NO

One thing remained indisputable that ASUU and its members do not want strike BUT government and perhaps the public want it.

Together We Stand Divided We Fall.

Long Live ASUU as we await and search for a safer, more viable, and resilient option 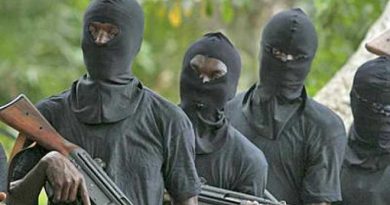 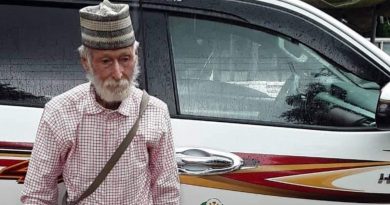 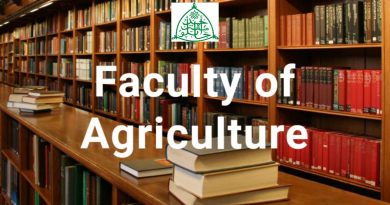 ABU PG Courses and Admission Criteria for Faculty of Agriculture

6 Reasons Why You Should Love Your University Libraries.