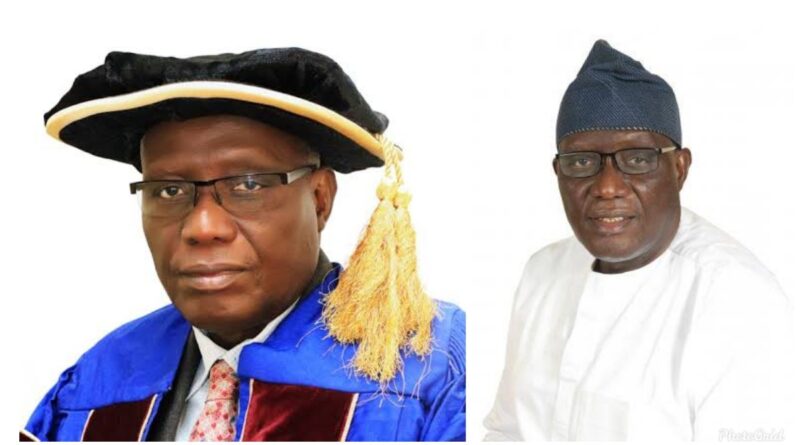 Professor Olufemi Peters is a renowned Nigerian academic, researcher, and distinguished Abusite who is currently the Vice-Chancellor of the National Open University of Nigeria (NOUN).

Olufemi Ayinde Peters was born on 11 May 1956 at Ebute Metta, Lagos State Nigeria to Egba parents who were originally from Alagbado in Ifo Local Government in Ogun State.

He later obtained a Ph.D. degree in degradation and stabilization from the University of Manchester Institute of Science and Technology (UMIST) England in 1988.

Peters started his teaching career at Ahmadu Bello University, Zaria as a graduate assistant in 1982. He joined the services of the National Open University of Nigeria in 2003 as an associate professor and later became the first scholar to be promoted to the rank of Professor in the history of the University in 2006.

At the Ahmadu Bello University, Peters contributed to undergraduate teaching within the Department/Faculty in the general area of physical chemistry such as; The Chemistry of Industrial Raw Materials; Polymer Chemistry; and Chemical thermodynamics; protein and Carbohydrate Chemistry; Quantum Chemistry; Petroleum Refining Processes; Rubber Technology, and Petrochemical Processes II.

Contributed to Postgraduate teaching within the Department/Faculty in the general area of Polymer Degradation and Stabilization.

He served as External Examiner for several Doctoral thesis and was at various times, panel member for Accreditation exercises for educational regulatory bodies such as; the Interim Joint Matriculation Board (IJMB); National Commission for Colleges of Education (NCCE); National Board for Technical Education (NABTEB); and National Universities Commission (NUC) respectively.

He also served variously as a member and Chairman of several committees at both the Standards Organization of Nigeria (SON) and for the Raw Materials Research and Development Council (RMRDC) respectively.

Professor Olufemi Peters was appointed as Executive Director and Chief Executive officer of the Nigerian Stored Product Research Institute (NSPRI) on 4 February 2014. The NSPRI is an agency of the Federal Ministry of Agriculture and Rural Development.

He has contributed to scientific innovations by co-designing and constructing a locally made (made-in-Nigeria) 600 Gloss-metre for determining gloss levels of surfaces, including that of the human skin, and, by leading the team that patented diatomaceous earth (DE), non-toxic grain-protectant, trademarked NSPRIDUST®️ which can protect stored agricultural grains for 16 months.

At the expiration of his tenure at the NSPRI, Peters returns to the National Open University of Nigeria on 7 January 2019 and was subsequently elected as Vice-Chancellor of the University and assumed duty on 11 February 2021.

Peters had his first exposure to ODL as a member of the Committee on Development of course materials for effective Teaching at Ahmadu Bello University Zaria.

Due to his grasp of the concept, he was made Lead Facilitator to faculty of Sciences, Pharmacy, Environmental Science, and Engineering that trained Staff on development of course materials in the University.

In the year 2002, Peters was part of a pool of academics invited to develop the curriculum and course materials for the yet-to-be resuscitated National Open University of Nigeria, and that is the beginning of his sojourn into Open and Distance Learning.

He joined the National Open University of Nigeria on 3 February 2003 as an associate professor to become the first scholar to be promoted to a full professor in the University in 2006.

At the National Open University of Nigeria, he served as Program Coordinator, Faculty Lecturer, and Administrator at various levels. He was instrumental to the tremendous success of the University Administration under the Vice-Chancellorship of Professor O. Jegede and Professor Vincent Ado Tenebe.

Peters was the pioneer Dean, School of Science and Technology, now referred to as Faculty of Sciences. He also served as pioneer Director of Examination and Assessment (DEA) where he established the Examination Office for the University. The concept of On-Demand-Examination was developed and successfully executed during his tenure as Director.

He later served as Director Academic Planning (DAP) where he positively impacted the University as Chairman of the Committee that wrote and produced the first Academic brief for the University.

At the international level, Peters served as Lead Consultant to the Commonwealth of Learning, Vancouver, Canada, and lead facilitated four different African Universities as well as ten Nigerian Universities respectively on policy formulation; Quality Assurance; Dual-mode learning, and on the setting up of Open and Distance Learning centers in various Universities.

He spent a sabbatical leave from NOUN as a visiting Professor to the University of Lagos from 22 February 2011 to 21 February 2012 where he also contributed to teaching within the Department/Faculty in the general area of physical chemistry.

He has over 60 published works, 44 of which are Journal articles, and the remaining are peer-reviewed published proceedings and technical reports in the fields of chemistry, polymer science and technology, agriculture, and in ODL in peer-reviewed international and local journals.

Owner of a Google scholar index of 8, he has supervised a total of 16 postgraduate students, seven of whom were doctoral candidates (many of whom are now professors).

Professor Olufemi Peters, who is blessed with three children, speaks English and Yoruba fluently while he understands Hausa sparingly. 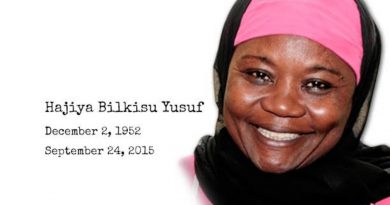 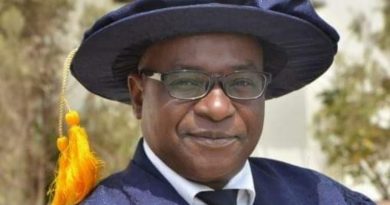 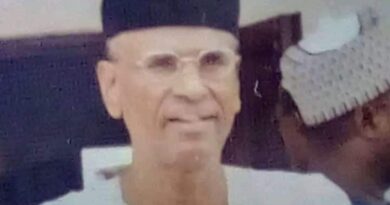 SEC to collaborate with ABU Zaria on Capital Market Development

Olubadan to FG, ASUU: Consider the students and their traumatized parents to end strike

Why Nigeria is not Developed: An Educational Perspective