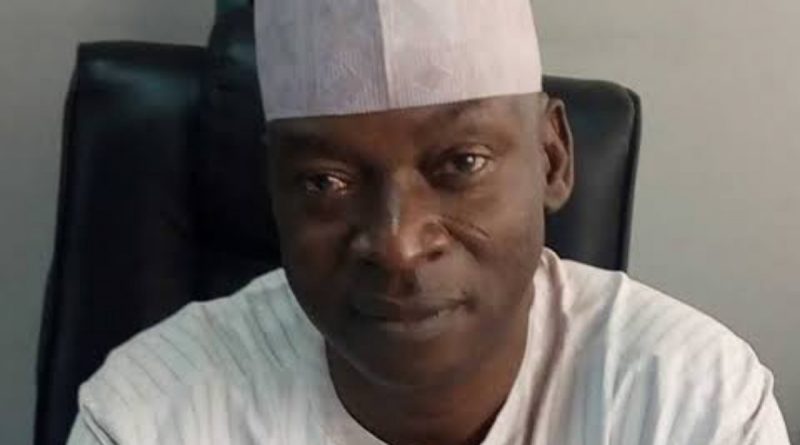 It would not be pragmatic to call one person the star in one of the oldest law faculties in Africa and even a faculty that once boasted and still boasting of the best legal brains and minds that have trained many distinguished jurists who sit at the apex court of the land and very senior and bright lawyers that are driving the legal profession in Nigeria today.

Otherwise, that is what Professor Adamu Kyuka Usman is fondly referred to by both students and colleagues at the famous Kongo Campus of Ahmadu Bello University, Zaria.

The starting point of meeting this cerebral and erudite law teacher for every student that studied law in Ahmadu Bello University in late 90s up to about 2016 or so is at the fourth year. This was where Professor Usman taught one of the most difficult, complex and chaotic courses; Law of Equity and Trust.

But before then, one would have heard lots of awesome stories about his teaching prowess and ability. How he usually taught that subject to the understanding of even an average student is still a mystery to me.

His stardom was not in what he said or how he said it but how he got what he had to say. Issues are presented in a literal, episodic manner intended to make the subject livelier and more interesting.

Asked to link the various equitable doctrines, equitable remedies and maxims of equity to the present legal challenges, he would simply bent over backward to allow the subject speaks through the leading ancestors of the subject.

Yes, ancestors like Justice Coke, Lord Ellesmere in the locus classical case of Earl of Oxford, Francis Bacon, Charles Dickens of the hypothetical case of Jarndyce v. Jarndyce, Lord Selden, Lord Atkin, Lord Denning and even Nigerian Jurists like Late Justices Chukwudifu Oputa and Kayode Esho. In the end, almost all of them ended up addressing the students. And it was like they all penned their lines only yesterday.

In his lectures and writings, there is always a little of Cicero, a little of Aristotle and a little of Marcus Fabius Quintilinus, and a little of any philosopher you can think of. What do you expect from a versatile professor who effortlessly blends intellectualism with social existentialism!

A. K Usman is a man of great intellectual rigor and integrity who will not compromise on ideas, and whose ideas are so powerful that one will instinctively feel has been known from time immemorial. He is very critical but humane, fierce but compassionate, sarcastic but gentle, brilliant but loyal, but most of all, he is very passionate.

ALSO READ:  DAC-ABU Staff yet to be Paid Since February, Even After Joining IPPIS!

A.K Usman approximates the classical Platonian conception of The Philosopher King. He is, of course, more thann that. He is, indeed, a scholars’ scholar, a teachers’ teacher, a philosopher of philosophers and an intellectual par excellence.

What else can one say about someone who, for about two decades, taught the flagship modules of International Economic Law at the graduate level and Law of Equity and Trust as well as Environmental Law at the undergraduate level, thereby planting himself at the heart of Ahmadu Bello University, Zaria’s Law? For a university with a towering pedigree like ABU, this is definitely something worthy of mention.

He embodies knowledge, just as he is an embodiment of learning; he imparts knowledge in all its dimensions from the standpoint of both a teacher and a learner. He is a great teacher in the classroom and an extraordinary teacher outside of the classroom.

Hence, like the philosophers of old, just one contact can unpack and shed light on the most complex of ideas, propositions, theory and theorems, axioms, maxims, and so on. His forte is simplifying complexity without losing one bit of the essence of such complexity that is the hallmark of philosophical inquiry.

A Lawyer by convention, but A. K Usman is a scholar without boundary. He not only has an unfathomable depth in political economy, sociology, history, geography, literature, law, Islamic jurisprudence, he has more than average understanding of the disciplines outside of Law.

If he were to be a Judge, in him alone, we would have a Lords Atkin and Denning or our own Justices Chukwudifu Oputa and Kayode Esho all put together. There is always some drama in the rise and fall of his lectures just like the judgments of Kayode Esho.

One needs to read three of his following classical academic works to really appreciate the point I am struggling to make; Law and Practice of Equity and Trust published in 2004 by Malthouse Law Books; Buhari v. Obasanjo: Law and Justice on the Cross published in 2007 by ABU Journal of Public and International Law; and The Oracles of Global Economic Recession v. The Witches of Free Trade published in (2008- 2009) in the ABU Journal of Commercial Law.

A classical and organic scholar in the mold of Samir Amin, Ali Mazrui, Archie Mafeje, Claude Ake, Bala Usman, Eskor Toyo, Issa Shivji and even Professor Kharisu Sufyanu Chukkol, whom A. K Usman has tremendous regards for, he encapsulates their diverse ontological and epistemological systems into a synthesis that undergird the uniqueness of his methodological approaches in answering some intellectually pressing questions.

Hence, there is no subject under the sun that can escape A. K Usman’s keen insights, perspectives, even critical considerations. He is a moving encyclopaedia, a living library, a human repository and container of global and national references.

Despite the above quintessential rare virtues, he typifies, Prof. A. K Usman is neither haughty nor arrogant; he is always cheerful, humble and welcoming; he simply inspires to get the best out of people.

He is the kind of scholar you would wish to be around with always, to drink from the fountain of his knowledge and insights.

I had the rare privilege of bringing him back to classroom from the seat of power where he was advising the president on Legal Matters, Research and Documentation to give a two-hour lecture on International Economic Law to the LL.M class which I happened to chair at that time on October 21, 2016.

I made a post on my Facebook timeline, in form of appreciation a day after as follows: “It was really a great and rare privilege to have the erudite Prof. A. K Usman back to the class room yesterday to discuss International Economic Law with us (Postgraduate students of 2015/2016) Ahmadu Bello University, Zaria.

Prof. A. K Usman’s response to this post of mine captures the point I am making here. He responded as follows: “It was really very cool for me exchanging ideas and views with my students who in a sense I was also a atudent of having learned a number of things from them during the interaction. Usman thank u also for keeping faith.”

The responses of other students of his to the same post equally buttressed my point above. For example, one Abu Ejiga said: “Prof. A.K Usman is a legal and literary mind per excellence. I learnt a great deal at his Lotus feet.

“I was heartbroken when I learnt he went abroad for ‘sabbatical’ because I knew from experience that sabbaticals were the gateway to brain-drain. The University is lucky if the man is back. Because if all the AK Usman’s leave ABU, it means Usman Danfodio will be more up-to-date than Ahmadu Bello University.”

A man of law as a man of literature. A.K Usman is the most published in Northern Nigeria today having published over twenty fictions. Some of his well-known literary works include: The Village Tradesman, The Butcher’s Wife, Hope in Anarchy, My Headmaster, The Death of Eternity, Bivan’s House and Sieged. He is a Winner, ANA literary Prize for Prose 2011.

Born on the 24thday of September, 1965, at Bafai – Kanai, in the Southern part of Kaduna, Kaduna State, he had his West Africa School Certificate, from Government Secondary School, Katagum, Bauchi State.

He bagged LL.B. Second Class Honours (Upper Division) Bayero University, Kano Nigeria in 1990 and BL from Nigerian Law School, Victoria Island, Lagos in 1991, and was called to Nigerian Bar same year. In his quest for knowledge, the erudite Professor enrolled and bagged a Master of Laws (LL.M) in 1998 and Doctor of Philosophy (Ph. D) from Ahmadu Bello University, Zaria in 2005.

ALSO READ: Why The Faculty of Law ABU Zaria is the greatest in Nigeria

While in active legal practice, he joined the Faculty of Law, Ahmadu Bello University in the Department of Commercial Law. While in ABU Zaria, he held different leadership positions where he displayed simplicity, sincerity, and integrity. He was the immediate Senior Special Assistant to President Muhammadu Buhari on Legal Matters, Research & Documentation, 2016 –2019.

We pray the erudite Professor remain intellectually perspicacious, so that he will continue with his project of enlightened-scholarship that is people-centred and geared towards the upliftment of humanity within and outside the four walls of the university.

This piece was originally written by Usman Yakubu Esq as a tribute to A.K Usman on his 54 birthday. 24thday of September, 2019. 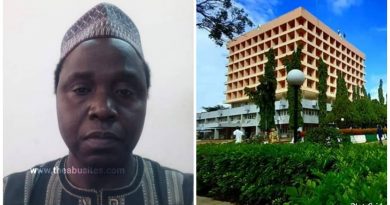 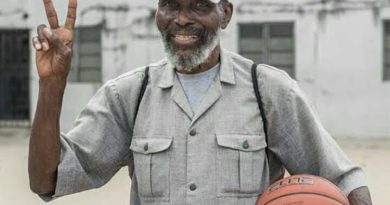 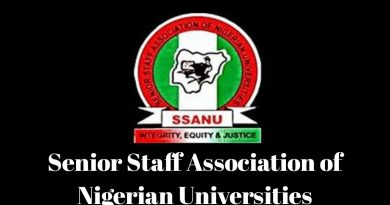 ASUU And The Return To Campus: It’s time to reopen the universities