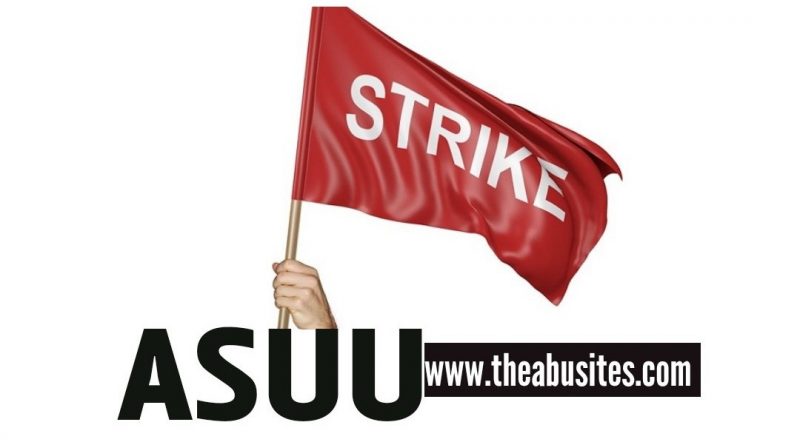 The Academic Staff Union of Universities has directed its members nationwide to proceed on strike as soon as the Federal Government stops lecturers’ salaries.

The ASUU chairman of the Federal University of Agriculture, Abeokuta Dr. Adebayo Oni, said this in a telephone interview with the PUNCH correspondents on Sunday. He said there had been a standing order to commence strike once “members’ salaries are stopped.”

Oni said, “By the decision of NEC,  we don’t have to hold any formal meeting at all. “The decision of NEC is that immediately our salaries are stopped we will invoke the principle of no pay no work. We don’t need to wait for any directive from NEC and an injury to one is an injury to all. Immediately salaries are  paid and we discovered that other members of staff are paid and our  members are not paid, we will automatically begin the strike.”

Meanwhile, ASUU has accused unnamed government officials of sabotaging its discussions with the Federal Government on the proposed University Transparency and Accountability Solution.

The union added that it was consulting with its members nationwide on the directive by the Federal Government stopping the payment of salaries to lecturers and all workers of tertiary institutions who are not enrolled on the Integrated Personnel and Payroll Information System.

Speaking in a phone interview on Sunday, ASUU National President, Prof. Biodun Ogunyemi, said he did not expect the government to stop the lecturers’ salaries as discussions on the UTAS was in progress.

ASUU had rejected the Federal Government’s directive for workers to enrol in the centralised payroll system, saying it would affect the autonomy of universities.

Instead, the union proposed the UTAS to address “the peculiar cases of lecturers in the payment of salaries and other emoluments.”

The ASUU leadership also met with the President, Muhammadu Buhari, at the Presidential Villa in Abuja, about three weeks ago where the proposed UTAS was presented as an alternative to IPPIS.

Buhari had directed the union to resolve the controversy over the IPPIS with the Minister of Education, Adamu Adamu.

But the Accountant-General of the Federation, Ahmed Idris, had last week in a letter asked the Finance Minister not to release funds meant for January salaries to tertiary institutions, saying payments would be made through the IPPIS platform.

The letter read in part, “l am directed to inform you that the preparation of January 2020 salary payroll and warrants of the federal tertiary institutions are ongoing and will be ready for submission on or before 29th of January, 2020.

“This is to give effect to the directive of the Federal Government that all Ministries, Departments and Agencies drawing personnel cost from the Consolidated Revenue Fund should be enrolled on the Integrated Personnel and Payroll Information System.

READ ALSO: NO More Salary for University Lecturers Not On IPPIS

“In order to actualise this directive, you are please requested not to release the funds for payment of salaries to the tertiary institutions as their salaries will henceforth be paid on the IPPIS Platform with effect from January 2020.”

Professor Ogunyemi expressed disappointment over the new directives on salaries. He said, “We didn’t expect them (FG) to say that because we agreed and we have discussed it that they would allow us to present our case on the University Transparency and Accountability Solution as we proposed.

“While we were discussing on that, if they chose to stop the salaries of our members, our union would be left with no choice but to invoke its earlier resolution on no pay, no work. It is as simple as that.”

Asked if he suspected a deliberate sabotage of the discussions with the government on UTAS, Ogunyemi responded, “That’s our suspicion. We believe all issues are in the open, we also have not been communicated or contacted formally. If the government is convinced enough to stop this process of sabotage, I think it would be a welcome development.”

ALSO READ:  Conversation with my ASUU comrades: Let’s Get Real

Also, the chapter of ASUU at the Tai Solarin Uniiversity of Education, Ijagun, Ogun State, said there was no federal or state ASUU.

But the National Coordinator of Congress of University Academic, Dr Niyi Sunmonu, said the group did not have issue with IPPIS, hence members would not go on strike over it.

Sunmonu said, “If the government fulfil all the promises they have made, and we have enrolled on it (IPPIS), there is no need for any strike.”

YOU MAY ALSO LIKE: Types of Lecturers You Will Find In ABU

Calls to the chairman of ASUU Osun State University chapter, Dr. Femi Abanikanda, were not answered and text message to him was not replied as of the time of filing this report.

However, the branch chairman of ASUU, Gombe State University, Dr. Oladimeji Lawal, said on Sunday that if there was any need to go on strike the branch would join.

He said, “ASUU is ASUU and if for any reason our union asks us to go on strike; it is a national strike. It is inconsequential as to whether the issue at stake doesn’t affect state universities.”

The Chairman of ASUU, University of Ibadan, Prof. Deji Omole, on Sunday maintained that the union was ready to pursue its stand. Omole said it was unfortunate that the “President cannot be trusted.”

He said, “After assuring the union that he would look into the matter and set up committee to harmonise UTAS and IPPIS tabled before him at the last meeting, he had reneged.”

Omole said ASUU rejected IPPIS on point of law, principle and rule of law, adding that an alternative platform called University Transparency and Accountability Solutions could address the problem.

Omole said, “Only patriots can work in the hellish condition in which we work. Our position is that the principles of IPPIS are in contradiction to the principles of the autonomy of the university system and the constitution is clear enough because each university has its legal pattern and it doesn’t have provision for IPPIS.”

Similarly, the Chairman of ASUU in the Ladoke Akintola University of Technology, Ogbomoso, Dr Biodun Olaniran, said on Sunday that the institution would take its decision after ASUU’s directive on IPPIS.

He said, “I can’t speak on strike over IPPIS but going by what the President said, injury to one is injury to all. If you think deeply on it, it has meaning.

“At LAUTECH, whatever decision ASUU takes, we are going to sit on it and then take a decision.” 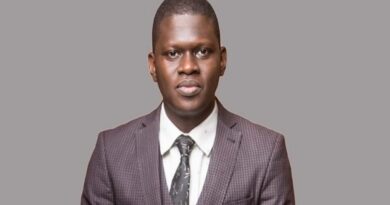 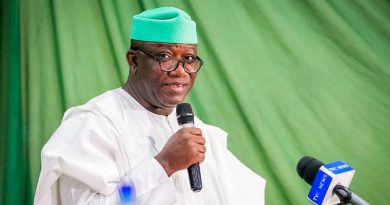 Arewa House at 50: Our Diversity Should Unite and Not Divide Us – Fayemi