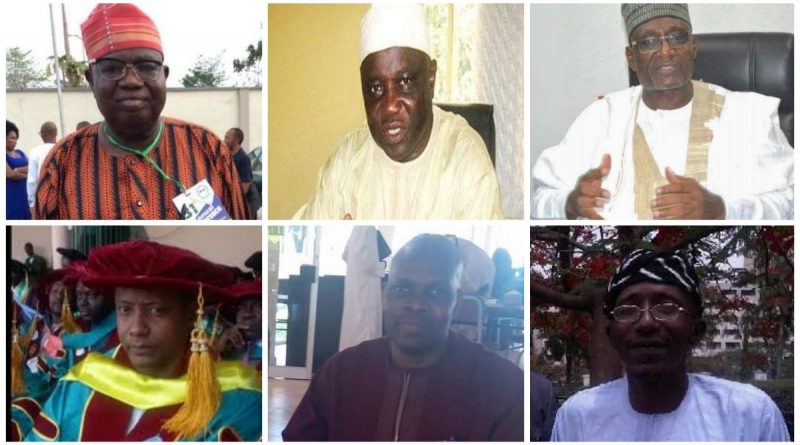 The then Head of Department of Political Science and International Studies, Ahmadu Bello University, Zaria, Dr. (Now Professor) Aliyu Yahaya, congratulated me on the final and successful defense of my doctoral thesis. That followed several academic sessions of rigorous work.

At the Political Science Department at ABU Zaria, you work to earn your degree certificate. Hard work. Nothing more, and I mean that in every sense of it. I shall explain because it’s one reason I write this.

For years, friends and well-wishers have asked me to lecture at the university. The call became more strident of late. Just the other day, a friend and university lecturer said, “How can you have a Ph.D. and you won’t lecture, that’s a waste.”

I had laughed. But he got me thinking, as there was this sudden desire to pass on what my ABU lecturers passed to me. When lecturers are described as professionals, men and women of character worth emulating, my lecturers at ABU Zaria should be first on the list.

I take note of this because I hear strange stories. I hear from friends who run programmes in other settings, and the strange things that they say their lecturers do.

This got me thinking, thinking about the lecturers who had taught me at the University of Lagos, the University of Ibadan, and the Ahmadu Bello University and I concluded that I had passed through the hands of Nigerians whose worthy gene I ought to pass on to the next generation.

I probably shouldn’t single out any of my lecturers at ABU Zaria for mention because I’m clear they all work as a unit, a disciplined force, ever at duty posts, working for the common purpose.

Prof. Paul Izzah is for Methodology. Every student knows he focuses on that in any thesis. He won’t take it lightly when the work is shoddy. If the methodology isn’t what it should be, he would insist the job isn’t done. No compromise.

Once, he insisted that I should rework a submission that I made. When he assessed it later, he said in the presence of my fellow students that I had returned with a much improved work and now he knew I was “a scholar”. I’m still swimming clouds, wondering if I shouldn’t grab Prof’s commendation and become a scholar.

Prof R.A. Dunmoye is for Political Economy and items such as national politics, values, ethnic-related issues are also on his list. Sometimes, he cited examples that cleared a few points in my mind, making me have a better understanding of some national issues from an academic perspective.

He usually would warn us that as people who had passed through the program our thinking should be different; we cannot afford to dissect issues like the man on the street.

I’ve since become more conscious of the need to avoid bandwagon arguments. Prof Dunmoye wouldn’t hesitate to strongly speak to students exactly how he sees their work. But I’ve come to understand him. He’s a dedicated scholar. One day, I thanked him for some materials he gave me for my work. “Why are you thanking me, I’m only doing my job,” he had responded.

Prof. E.A. Unobe is more theoretical in his approach, speaking and lecturing. Thoughtful, quiet, and soft-spoken, I learned to pay close attention to every word he uttered. Unobe is an additional affirmation of my suspicion that gentle people can be very firm. Here’s an example. There was a time I reminded my colleagues of exactly what I heard Prof say during one of our classes.

They said that wasn’t what he said and, in any case, they would make him change his decision. I said from what I had observed it wouldn’t happen.  My colleagues went to meet Prof who confirmed what I heard. As for getting him to rescind his decision, it didn’t happen. When Prof took us in political theories, he said some things about his experiences as a doctoral student that I didn’t forget. They proved invaluable.

I learned that a known academic once said that many lecturers who work with Ph.D. students have turned themselves into gods, toying with the destinies of candidates. Not my supervisors at ABU. If you’re hardworking, they help you to make progress.

If he wouldn’t be around, he would say it so that his student would clear whatever was needed before his departure. It was from him I got to know for how long ABU rules permit a lecturer to hold on to the work of a student.

I recall one stage in the course of my work when he said I should bring the form for my defense to him to sign. I disappeared for weeks. When he saw me later, he said, “I hope you won’t turn around to say I’m the one delaying you.”  Omojuwa is keenly aware of his responsibility to a student and he discharges it accordingly.

Prof Hudu Abdullahi is also one of my supervisors. Often, I walked into his office without an appointment and asked him questions regarding aspects of my work. He took his time to explain. He was never tired of doing so.

Earlier on when there were issues regarding the direction of my work and I informed him, he assessed the documentary evidence that I presented. Convinced that there was a thesis in what I had chosen to work on, he spoke to others about it and they allowed me to continue. My external examiner from Bayero University, Kano, Prof. Habu Mohammed, finally affirmed Prof Abdullahi’s conviction this week.

Prof. Aliyu Yahaya, then HOD, is also one of my supervisors. If there’s a lecturer that I could point to who’s also not for delaying a student, he’s one. There wasn’t any occasion that I went to see him regarding my work that he delayed me for a second.

ALSO READ:  Why the position of vice chancellor is keenly contested in Nigeria

The six lecturers that I had listed were the ones I worked closely with. But I was a recipient of the kind assistance of many others too. I was a regular in Dr. Mohammed Faal’s office from the first day. He gave me useful materials and wherever he met me on the campus, he would stop to ask me how far I had gone with my work.

He wasn’t the only one who had had to put up with me. I walked into the office of Dr. M.L. Taffida one day, asking him to advise me on the selection of my topic. He did with enthusiasm. One morning, I walked into Dr. Jacob Audu’s office and asked him questions. He stopped what he was doing and explained it to me. I said, “Thank you, sir,” and left. But I haven’t forgotten how willingly he accepted to attend to me without notice.

I get the same kind of reception from Dr. David Moveh whose tirelessness as PG Coordinator ensures that defense is organized for students without delays.

There are Dr. Dayyabu Hassan, Dr. Yakubu Yusuf Abdullahi, Dr. Edgar Agubamah and his wise counsel, and Dr. Ismail Shehu who insists on giving me the treatment of a colleague in journalism because he’s been a journalist.

There’s also Dr. M.M. Nurudeen as well as Dr. Habib Bappah. In the course of my fieldwork, a foreign diplomat asked me why, being from the South-West, I came to ABU. I said it was because I had respect for ABU. My Political Science lecturers have further cemented that. 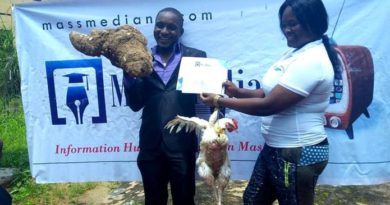 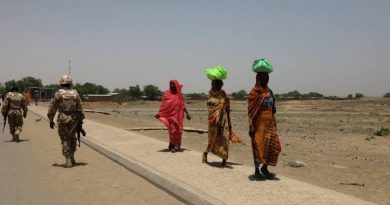 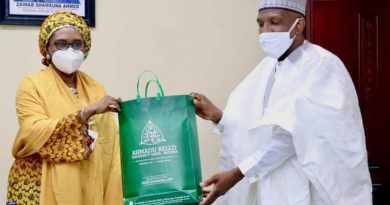 ABU alumni are big, strong and ready to help the University – Finance Minister