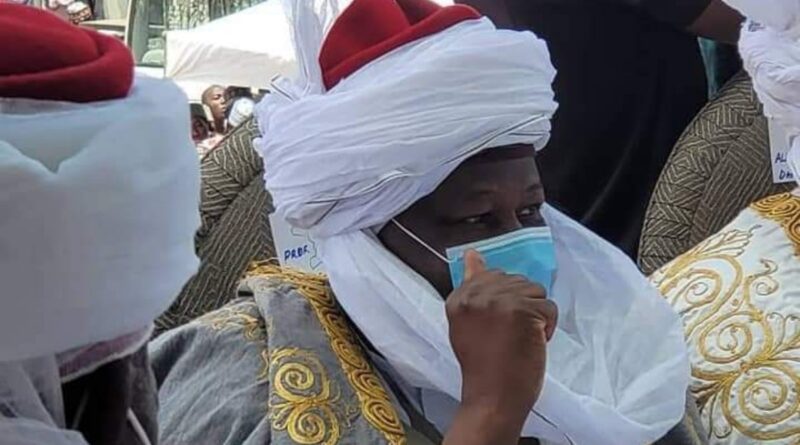 Former Registrar, Pharmacists’ Council of Nigeria (PCN) and Immediate past President of ABU Alumni Association, Professor Ahmed Mora, has been turbaned in Sokoto State as the new Kayayen Sarkin Musulmi.

The ceremony on Sunday, April 4, 2021, was performed by the Sultan of Sokoto and President, Supreme Council for Islamic Affairs in Nigeria (SCIA), Saad Abubakar III.

Mora, who is also the chairman of the newly inaugurated PCN Governing Council, told journalists he was grateful for the honour, adding that it would motivate him to do more for his state and the country.

According to the professor of Pharmacy, PCN is taking measures to assist members in getting their products certified. He noted that, as healthcare practitioners, pharmacists were licensed to manufacture and distribute drugs across the country.

Efforts, he added, are on to increase the production of hand sanitisers and other medical remedies for checking the spread of Coronavirus Disease (COVID-19).

“We have received a report from our members in various university faculties and firms on challenges they are facing in getting certification from the National Agency for Food and Drug Administration and Control (NAFDAC),” he said.

According to the new Kayayen Sarkin Musulmi, the council has resolved to intensify its regulatory activities, adding that since 2019, 20 pharmacists have been brought before the disciplinary committee on charges of unprofessional conduct.

On the challenges facing the conduct of a one-year mandatory internship programme, the chairman said that there were insufficient placements for the over 1,500 student pharmacists being produced yearly by universities in the country.

Mora said whereas NAFDAC is an agency in charge of profiling and ensuring that drugs and food products conform to standards, the PCN takes care of the pharmaceutical premises where the medicines are manufactured or warehoused.

He explained that through this method, the council would be able to keep an inventory of drugs manufactured, imported, and distributed in the country.

Going forward, he said the council was planning to hold a pharmacy education summit where issues of career progression and salary of members would be appraised.

The summit would look at all issues relating to pharmacy practice in general. For instance, he said, things like salary and wages of pharmacists, career progression, and other critical issues that would help promote the practice of the profession in the country.

Committee of Friends of Mora, stated: “Prof. Mora is an administrator par excellence. He facilitated the radical restructuring and transformation of PCN leading to her current state during his two terms as the registrar and secretary to the council from October 2003 to January 2012. This period was most remarkable as he spearheaded the decentralisation of the regulatory activities of the PCN and facilitated the expansion to PCN offices to the current structure of 44 offices comprising the Head Office, eight zonal offices and 35 state offices. This singular act was highly impactful as it brought a huge relief to practising pharmacists, pharmacy technicians and patent and proprietary medicine vendors in the application, processing and renewal of licences, permits and registration certificates as applicable.

“Prof. Mora, who was a member of the Governing Council of the PCN from 1992 to 1993 and 1999 to 2002 as well as the defunct Pharmacists Board of Nigeria (PBN) from 1989 to 1992, is well positioned to optimise experiences obtained therefrom in steering the current governing council as chairman in policy formulation for the advancement of the profession to enviable heights. He is therefore set to lead the Governing Council to give policy direction to the Registry, which would ultimately lead to the further transformation of the pharmacy profession where practitioners and other stakeholders will meet the expectations of clients leading to the sustainable pharmaceutical service delivery, good healthcare and security of Nigerians.”

Who is Professor Ahmed Mora: The New Kayayen Sarkin Musulmi?

According to a citation of Mora read before his turbaning, Mora was born in Zaria, Kaduna State, on May 13, 1956. He attended the famous Barewa College, Zaria, for his secondary education and received the prize as the best graduating student of his class (VB) in his final year.

He holds a Bachelor of Science (Pharmacy) and Master of Business Administration (MBA) degrees, specialising in Pharmaceutical Marketing from the famous citadel of learning Ahmadu Bello University (ABU) Zaria, as well as Doctor of Philosophy (Ph.D) from Usmanu Danfodio University, Sokoto, Nigeria and defended his thesis on Drug Distribution in Nigeria.

The new Kayayen Sarkin Musulmi is a Member of the National Institute (mni), and a Fellow of the West African Postgraduate College of Pharmacists (FWAPCPharm). Mora has been a consultant and resource person for the West African Health Organisation (WAHO) whose headquarters is in Bobo-Diolousso, Burkina Faso.

He has undertaken several Professional and Management programmes in various universities and institutes such as Harvard University, Boston, Massachusetts, United States of America (U.S.A.), and Liverpool Hope University, Liverpool, United Kingdom (UK) and the Administrative Staff College of Nigeria (ASCON).

He has practised Pharmacy in all the core areas of the profession across Academic, Industrial, Administrative, and Community Practice, and garnered wide range of experience.

He has also been teaching at Igbinedion University, Okada, Edo State, Nigeria since 2016, where he became the first Professor of Clinical Pharmacy and Pharmacy Practice. The West African Postgraduate College of Pharmacists (WAPCP) has since 2008 been benefitting from his wealth of academic experience as an astute Examiner.

A Fellow of several professional bodies among which are Pharmaceutical Society of Nigeria (PSN), Institute of Healthcare Management, Nigeria (IHMN), Nigerian Institute of Management (Chartered) and Institute of Corporate Executives of Nigeria (ICEN), Mora, last month, just concluded his tenure as the President Worldwide of the Ahmadu Bello University (ABU) Alumni Association since 2015.

He was elected the National Chairman of the Conference of Alumni Associations of Nigerian Universities (CAANU). He has been the Secretary General of the Barewa Old Boys Association (BOBA) since 2012.” 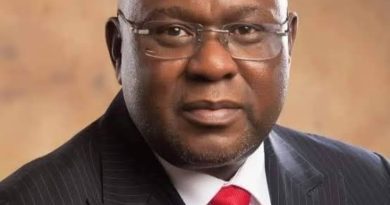 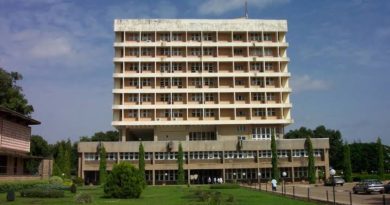 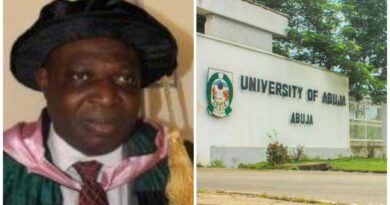 HOW TO IDENTIFY AND AVOID COMMON PHONE SCAMS!

Why JAMB should shelve NIN for 2021 UTME Registration

JAMB to de-listed and prosecuted Anyone selling UTME forms above N3,500