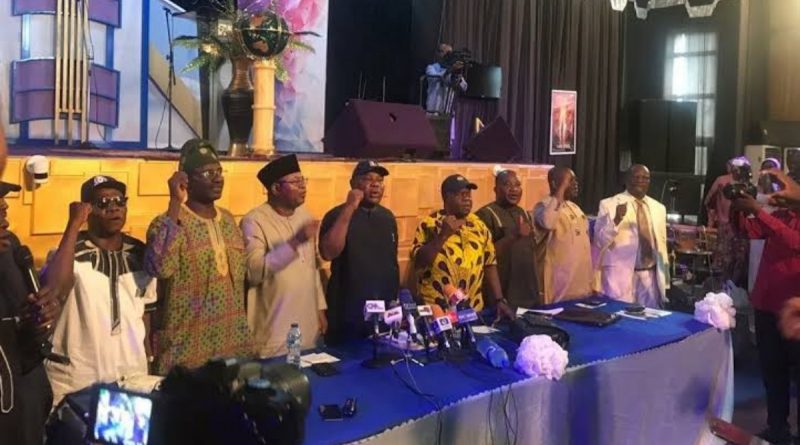 The Non-Academic Staff Union of Educational and Associated Institutions, NASU, has issued a strike notice to begin in Federal Universities, Polytechnics and Colleges of Education the day they resume academic activities.

This was disclosed by the General Secretary of NASU, Comrade Peters Adeyemi in Abuja on Monday.

He said that the non-teaching staff union is protesting short-payment of its members’ salaries since February 2020.

Recall that the other two non teaching staff unions in the Universities, the Senior Staff Association of Nigerian Universities, SSANU and the National Association of Academic Technologists, NAAT, have also lamented the shortfall and heavy deductions they were subjected to since they migrated to the Integrated Payroll and Personnel Information System, IPPIS, platform.

NASU has filed the Trade Dispute Act CAP 432, Trade Disputes (Essential Services) Act, CAP 433 of the law of the federation of Nigeria 1990 and Trade disputes (Amendment) Decree No 47 of 1992 otherwise called Form TD/3.

The union’s General Secretary, Comrade Adeyemi filed official complaints against the Accountant General of the Federation.

In its filled form TD/3, titled “notification of trade dispute, inter and intra – union disputes by employers/workers organization, etc.”, NASU raised issues in dispute to include non-payment of salaries to some staff, short payment salaries to some staff, failure to pay approved allowances as contained in the FGN/NASU year 2009 agreement, non-deduction of check-off dues, and non-deduction of cooperative and other deductions of its members in the federal universities and inter-university centres, federal polytechnics and federal Colleges of Education.

NASU also stated in the petition that various steps aimed at resolving the crisis have failed.

In a letter to the Minister of Labour and Employment, Dr Chris Ngige, declaring a trade dispute, Adeyemi, said despite the assurances given by Ngige, the crisis has continued to linger.

According to him, “Regrettably, despite your assurances via a telephone discussion sometimes in early April, 2020, the officials of Integrated Payroll and Personnel Information System (IPPIS) have refused to effect appropriate corrections of all the anomalies observed by NASU members in the Federal Universities and Intra-University Centres, Federal Polytechnics and Federal Colleges of Education up to this current moment, i.e salaries paid to our members in February, March and April, 2020.”

Adeyemi further highlighted that NASU’s complaints as contained in its letter dated 7th April 2020, fell on deaf ears as none of it was addressed in the March salaries.

NASU accused IPPIS of deceiving it into accepting the payment platform saying its peculiarities are still not embedded into the payment system which results in short payment.

It said, “It is unfortunate that IPPIS has only betrayed the leadership of NASU by deceiving us into accepting that the IPPIS platform will take on board all the peculiarities affecting our members and that there will be no problem if we key into the platform.

“Now we know better. IPPIS promise of doing a three-month experiment has come our very disastrously and we are unable to allow this defective and deficient process to continue.”

ALSO READ: On ASUU, IPPIS and the Federal Government

Subsequently, the union gave notice of strike action, saying that having fulfilled all the statutory requirements, it placed all its members in the Federal Universities and Intra-University Centres, Federal Polytechnics and Federal Colleges of Education on a 14-day warning strike effective the date of the resumption of work in all the mentioned institutions.

NASU further said that the warning strike would be followed with indefinite strike if positive action was not taken to remedy the situation.

In a letter of the strike notice which was sent to its members at the weekend NASU directed that the 14-day warning strike would be used to protest the refusal of IPPIS to react positively to issues that affect the correct payment of its members’ salaries and other errors identified which have been placed before the IPPIS for correction. 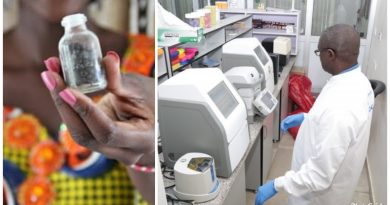 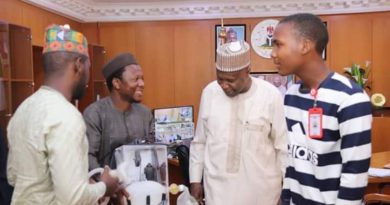 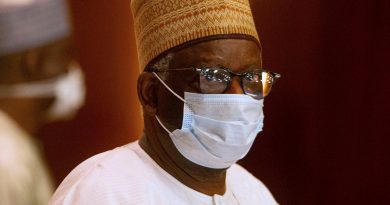