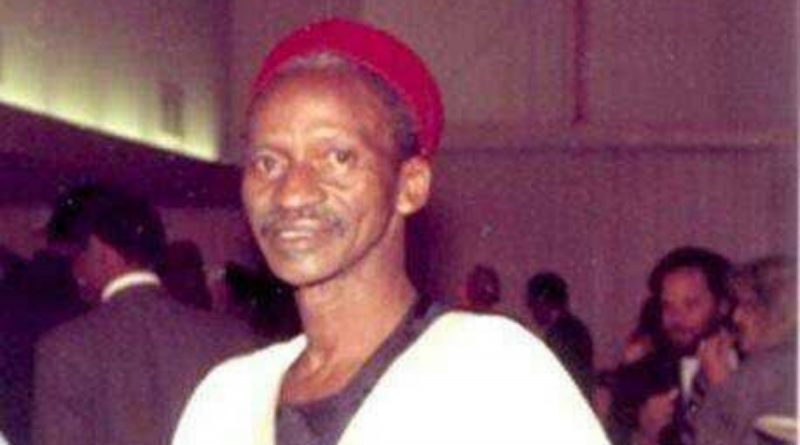 Alhaji (Dr) Mamman Shata who was born in 1923 at Musawa, Katsina State, Nigeria, and died on 18 June 1999 was an Iconic Nigerian singer.

Mamman Shata’s mother, Lariya, was of the Fulani ethnic stock known as Fulata-Borno, the Fulani people who migrated from the Borno Empire after the Fulani Jihad of 1804 and settled in parts of Hausa land.

She was born in Tofa town in the Kano Emirate and met Shata’s father, Ibrahim Yaro, when she went there to visit a relative. Subsequently, they got married. Lariya had a son from a previous marriage and had two children with Yaro, Mamman Shata, and his sister Yalwa.

Ibrahim Yaro was also of the Fulani ethnic group. His own ancestors came from Sanyinna in the Sokoto area. They had migrated to the Katsina area and settled in the forests around the present Musawa area. They were credited with the founding of Musawa itself, with the Musa, their head, founding a small settlement that was subsequently named after him.

Mamman Shata went to an Islamic school as a boy, according to the Hausa Muslim tradition.

Ibrahim Yaro did not want his son to become a musician due to the widely held belief that music or praise-singing was a form of ‘roko’ or begging.

His father, being a Fulani man, expected the young Shata to become a farmer or a trader, either of which was a more dignified occupation. Shata’s insistence on becoming a musician was therefore seen as a rebellion against the norm.

Mamman Shata acquired his sobriquet of ‘Shata’ from a man called Baba Salamu, a relative of his. Shata as a young man was engaged in selling kola nuts and after the sale, he would share the profit to people he met on his way home or in the market and came back empty-handed.

When asked what he did with the money he made, he would answer, “Na Yi shata da su,” i.e. he had given it away. As a result, Baba Salamu would be calling him ‘Mai-Shata’, meaning one who fritters away his gains. Later, he went into the trade of selling sweets (‘alewa’).

Shata began singing with other youth for fun at the village square (“dandali”) after the evening meal. His prowess grew until he outshone the other youngsters. But he was doing that not for any monetary gain. It was merely a vocation for the youngsters.

Later he abandoned both the sweets-selling trade and embraced music or praise-singing full-time. This vocation took him to many villages in the Musawa area.

Finally, he settled in Bakori after his benefactor, Abdullahi Inde, a prince of Musawa who was working there as a Native Authority official in charge of buying cotton and groundnuts, asked him to move other there.

In Bakiri, Shata married his first wife, Iya, whose real name was Binta. They had a daughter, Amina, who died in infancy. From his base in Bakori, Shata traveled with his band to places as far away as Katsina and Kano, which he first visited in the late ’40s.

In 1952 his stardom began to manifest in Kano after he performed at a wedding part known as “Bikin ‘Yan Sarki” (Wedding of the Princes) where some 12 notable Kano princes married. In 1960 he moved to Funtua, a more cosmopolitan town not far from Bakori. Shata made Funtua his home for about forty years – up until his death.

Mamman Shata was one of the best selling Polygram artistes from the north from the 1950e up till the 1980s. He was a highly respected folklorist. He spent about 50–60 years in the music industry.

Shata could not recall or remember how many songs he produced. Many of his songs, especially those he produced in his teens, were not recorded.

ALSO READ:  How to Prepare for Exams: Top 12 Tips For ABU Students

He visited many countries, especially in West Africa. Outside the continent, he was in Saudi Arabia for the Hajj pilgrimage but he also visited the United Kingdom, France, and the United States of America.

Shata was famed to have sung for every topic under the Hausa land’s sun: agriculture, culture, religion, economy, politics, military, morality and etiquette, animals, trade, etc.

He received many awards, including those from the Federal Government (which gave him the Member of the Order of the Niger, MON), the Performing Musicians Association of Nigeria (PMAN), the Kano State Government, the U.S. Embassy in Nigeria, University of California, Los Angeles, and an honorary doctorate degree by Ahmadu Bello University in recognition of his contribution to both national development and letters.

His relationship with other musicians was mixed. He had serious disagreements with some, such as Amadu Doka and Mammalo Shata and Musa Danbade, but generally, he maintained a cordial relationship with most singers, who regarded him as a leader.

Mamman Shata participated actively in partisan politics throughout his life. His politics was largely left-wing even though his benefactors (the royal and the business classes) were mostly on the right. He ascribed this to his humble background.

In the First Republic in the 1950s, he aligned himself to the left-wing NEPU as opposed to the right-wing NPC of Sir Ahmadu Bello and the emirs. He replicated that in later years. In the 1970s, he won an election, becoming a Councillor under the Kankia Local Government Area of the then Kaduna State.

In the Second Republic (in the ’80s) he was first in the center-of-right GNPP and then moved to the conservative ruling party, the NPN. In the Third Republic, he was elected as the chairman of SDP in Funtua Local Government Area.

He was later impeached due to his left-wing character and brush with the party’s main benefactor in Katsina State, retired Major-General Shehu Musa Yar’Adua. Shata did not participate much in the politics that ushered in the civilian government of Chief Olusegun Obasanjo in 1999 due to ill-health.

Alhaji Shata suffered a debilitating illness that made him to be hospitalized in Kano and Jeddah, Saudi Arabia. After some relief following an operation on his urethra in Jeddah, he was hospitalized in the Aminu Kano Teaching Hospital, Kano, where he died on Friday, 18 June 1999.

He was survived by three wives (Furera, Hadiza, and Binta), 19 children, and 28 grandchildren. He was buried that day in Daura, the city of his benefactor, Emir Muhammadu Bashar, who attended the funeral.

In his lifetime, Shata had married many other women and divorced them, some with children between them. Amina, the third of his wives when he died, never gave birth even though she lived with him for more than 10 years. 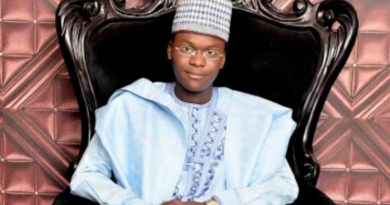 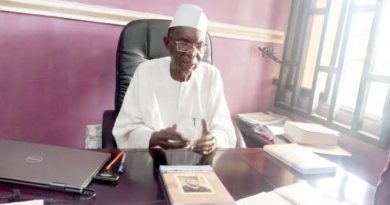 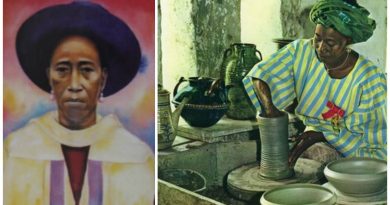 Why Universities should shut down satellite campuses – Ex NUC Head