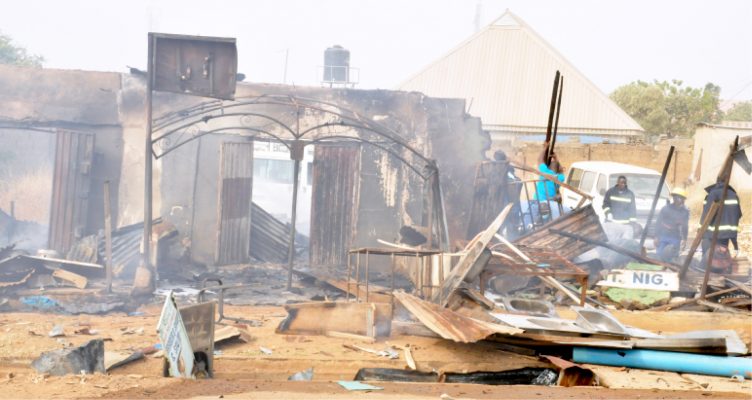 Daniel Peter, the barber in whose shop the chairman of the Nigeria Atomic Energy Commission (NAEC), Prof Simon P. Mallam lost his life in an explosion from a gas shop in the Sabon Tasha area of Kaduna on Saturday, is alive according to dailytrust.com.ng

His name had been listed among dead victims of the explosion, which killed six persons, including a renowned professor of Physics at the Ahmadu Bello University, Zaria and chairman of the National Atomic Energy Commission.

The Kaduna State police command had, while releasing the number of casualties from the incident, said that in the course of investigation, it discovered that five persons, namely, Professor Mallam Simon, Wale Ajayi, Daniel Peter,Victor Asoegwu and Micheal Ernest, were killed in the explosion.

But Andrew Agbese, dailytrust.com.ng correspondents found out that Peter, who operated the barber’s shop, came out unhurt though he was in the building when the blast occurred.

The police said that property valued at over N16million had been burnt in the four shops located in the building.

dailytrust.com.ng correspondents also learnt that several persons suffered various degrees of burns from the incident and are currently receiving treatment at various hospitals in Kaduna metropolis.

Investigations at the scene of the incident on Wednesday revealed that Mr. Peter, who was taken to hospital to recover from shock since Saturday when the explosion occurred, came around the building in the morning.

Those around confirmed that they had seen him that day after the initial report that he was among the dead.

Our correspondent later met with him as he went to make further statement at the Sabon Tasha police station.

Peter, who looked calm, described his escape from the fire as a miracle, saying he did not know how it happened.

He said, “It was last week Saturday afternoon when Professor Simon Mallam, who I always call Baba because of his age, came to my shop. I didn’t even know he was a professor or what he did for a living.

“Baba used to come to my shop months back for hair cut, but after sometime I stopped seeing him until the very day the explosion occurred.”

Peter said he was inside the shop and had just finished attending to another customer when the professor walked in.

“He came in alone and I greeted him. He sat down on the chair going through his phone while I went to pick the clipper. When he came in there was another customer that was about going out.

“As I turned to pick the clipper bag, I heard ‘boom!’  In fact, I didn’t hear the sound well because the whole thing seemed like a dream to me. I only heard like somebody’s voice in the dream, saying ‘I will not die, I will not die.’

“When I opened my eyes I saw Baba on the floor holding his phone and there was fire everywhere in the shop. Even the roof of the shop fell on us. The whole wall cracked due to the explosion.

“I managed to crawl out of the shop. Immediately I stepped out I saw some people using phones to film what was happening,  so I picked something like wood and walked towards the shop to rescue Baba, but people rushed and held me.

“I started telling them that “Baba is inside the shop.” But the people holding me refused to let me go because maybe they were thinking I was out of my senses due to the blast.

“Later, one of my friends was asked to take me home because people said I was in shock because I fainted, but I thought I was sleeping after the explosion,” he said.

The barber said when they took him home, he was taken to a hospital where he was given injection and drugs.

“Honestly, I don’t even want to talk about this thing because it is affecting my head; the whole thing looks like a dream to me. Since that day I had not come out; I had been indoors until today,” he said.

Asked if he was aware his name was among the list of those reported  to have died in the incident, Peter said one of his friends told him that he saw the name  Peter Daniel among those that died.

“But I said it was not true because I’m the only Peter Daniel with a shop there and I’m not dead,” he said, adding that  it was God that saved him because many  people were imagining how he survived.

Sympathizers at the scene of the gas explosion

But others like Professor  Mallam, Wale Ajayi, Victor Asoegwu and Michael Ernest were not lucky.

Asoegwu’s brother-in-law, who gave his name as Osondu Chukwu Nnamdi, expressed shock at the death of the boy, who he said was only 14 years old.

Nnamdi, who sells plumbing materials in the building where the incident happened, said Victor hailed from Nnewi South Local Government Area in Anambra State, and that he was the one that brought him to Kaduna from the village when he got married to his sister.

“He was very little when he came and had been staying with me. He just finished primary school and I was searching for a school to enroll him to begin his secondary education when the explosion happened.

“The day the incident occurred I was not around, so I left him in the shop since it was a holiday period. He usually helped me in the shop. I don’t have a salesperson, that is why I left him alone in the shop.

“Victor was nice and hard-working. Everyone in my street, including my customers, liked him because he was smart and friendly,” he said.

Dorcas Kasang Aderibigbe, the late Professor Mallam’s third daughter who spoke on behalf of the family, said they were pained by their father’s death.

She said, “Our father lived well. He bowed out at his prime. It is very painful, but we have come to accept it as the will of God because we believe that there is nothing that happens that God is not aware of.

“During his last days, he kept telling us that anything could happen at any time, but if it happened we should remember that God is faithful, that God is the same yesterday, today and forever. It has been those words of his that have kept us.”

She appealed to the Federal Government to take necessary steps to ensure that such a thing does not happen again, saying, “We do not want any family to go through what we are going through.”

Professor Mallam is survived by his wife, Mrs. Lucy Mallam and six children. 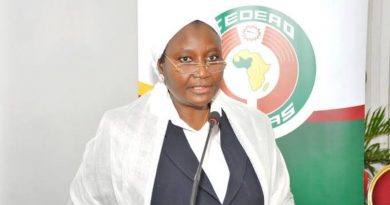 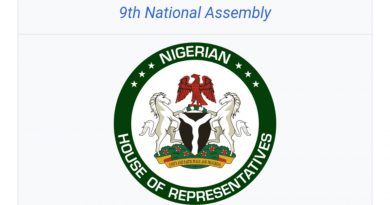 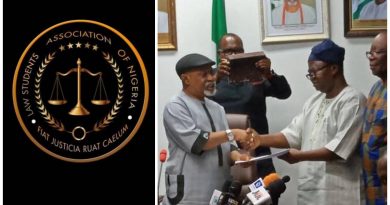