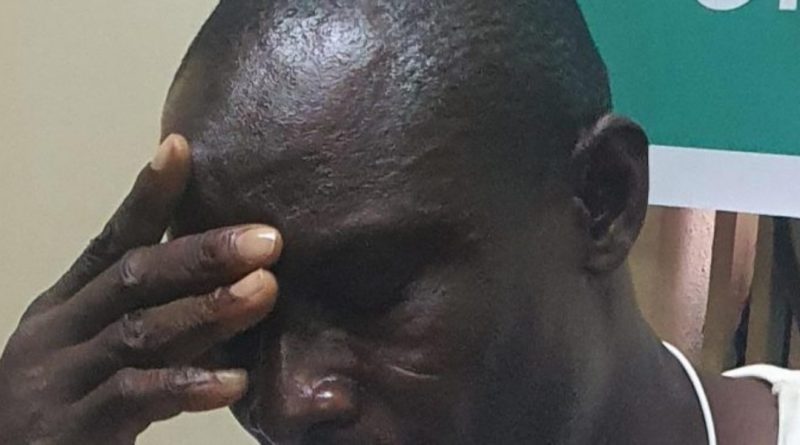 After facilitating arrests of suspected armed robbers, kidnappers, and assassins, Isyaku Kontagora, an independent Criminal Tracker, is seeking a license for his private security outfit.

He may not actually be a commissioned Police Detective, but Isyaku Abdullahi Kontagora has helped cracked so many armed robbery and kidnapping cases in Kaduna and Niger States and the nation’s capital, Abuja.

PRNigeria reports that Kontagora, a primary school certificate holder, has helped in rescuing several kidnapped victims, while also facilitating the arrest of many armed robbers and hardened criminal in the Niger-Kaduna-Abuja axis.

Kontagora, who started working in Gwarimpa Estate, Abuja in 1996 as a volunteer security guard, discovered that most domestic aides and workers (in the estate), were involved in raiding houses at night and rob residents of their belongings.

“They tried to lure me into joining their gang, but I refused. I later decided on my own to report to the Police due to the high rate of robbery at Gwarimpa Estate around 1996,” Kontagora stated.

Soon after, he led the Police to apprehend the criminals and recovery of vehicles and ammunition.

Kontagora said: “This was the beginning of my over 20 years journey as a self-motivated informant, who aided several rescue and recovery operations, alongside the Police.

“Over these years, I have engaged in different operations, ranging from rescuing of kidnapped victims to recovering stolen properties, apprehending assassins, as well as armed robbers.”

It was learned that in some cases, civilians, whose items are either stolen or had member(s) of their family kidnapped, prefer calling him for assistance.

Kontagora, who has about 40 young men working with him and deployed at strategic locations mostly within the Gwarimpa Estate, said he registered the name of his security outfit as: “Kontagora Security Guards.”

However, the Nigerian Security and Civil Defence Corps is yet to issue him a license for operation as a full-fledge security outfit.

According to the self-motivated informant, his security organization is currently running as a vigilante group.

He further disclosed that: “Around 1999 and 2000, at the National Defence College, I helped them in recovering stolen properties containing highly-classified information.

“I was called by one Wing Commander Lawandi Ali, where I was told that a laptop belonging to a Doctor alongside other valuables were stolen.

“So, I did my investigation and caught the boy who stole the properties. He confessed and told me where they were sold, and I immediately called the buyer to return the properties.

“The laptop was returned without any damage, alongside the properties stolen. In 2004, I was at the Gwarimpa Divisional Police Station, when a businessman came and filed a complaint about his stolen properties.

“After his narration, I went to Kaduna and apprehended the steward who stole the properties, and that was how the properties were recovered.”

The Niger State-born criminal case-cracker said he does not take the law into his hands when dealing with thieves, bandits, and robbers.

He said before going for any operation, he informs the Police, whose men will be the ones to make the arrest.

Kotangora said: “My role is to lead and detect criminals.

“I helped a lady who works with Julius Berger in recovering her properties from a fraudster called Ezekiel in Kaduna and the police apprehended the suspect.

“I also rescued one Alhaji Buhari who works in NIMASA from armed robbers who had tied his security guard, while they were about to rob the man.

“When I was notified, I stormed the compound. The owner was watching how I battled the criminals and apprehended them. After the entire scenario, the man has been assisting me during every Eid celebration.”

Kontagora said there was a time some Directors in the Federal Ministry of Works and Housing gave him N40 million for a “dirty business”, but he vehemently declined.

He further narrated: “They wanted me to be an accomplice in selling a property belonging to Muhammad Abacha and Abdulkadir Abacha after they have cloned the documents of the building.

“That was how the case was solved.

“There was also one Hajiya Jummai Chindaya’s property, which was also sold for the sum of N50 million. I was given N10 million in cash, to be an accomplice, which I agreed to collect.

“I called the Police and informed them on the issue. I asked them to arrest all of us in the vehicle, in which the ‘dirty deal’ was being done.

“After a series of investigations, it was gathered that it was one of her stewards that stole the documents.

“Also in 2017, at Gwarimpa Estate, I saved the life of a serving military senior officer called General Aminu. He was almost assassinated because he was macheted by some criminals.

“When I was alerted on the incident, I quickly rushed to his rescue. I chased away the criminals and apprehended two of them with some stolen properties.

“Equally, I received a call from one Prof. Jalingo to help him rescue his kidnapped daughter and three others, who are students of the Ahmadu Bello University, Zaria.

“They were kidnapped and taken to Rijana, in Kaduna State. I acted as a laundryman and summoned other parents of the kidnapped victims (one boy and three girls).

“I told them not to pay any money, but they insisted they would for the safety of their children. So, I singlehandedly went to Rijana with the money.

“I met with the kidnappers and even had a long discussion with them. To get more information from them, I told them we could be partners as I would be giving them information.

“They later collected my contact and promised to be in touch.

“However, it was on the media the next day that the Police rescued the ABU Zaria students. But thank God, one of the parents of the children went to Radio Nigeria and blasted the Police for lying.

“He said the Police were reluctant to rescue their wards, but are now claiming the glory. Painfully, nothing was given to me as a reward.

“Only Ahmed Isa of Brekete Family called to give me some amount of money.

“As I speak to you now, I have another issue where someone’s property is about to be sold. The people met me to help them move out of the occupants in the house.

“I thought about it and said if you want people to move out of your property, why not go to court. So, they offered me a sum of N400,000. I am soon going to hand the documents they gave me and the money to the police.”

Kontagora said he has never been rewarded for the “good works” he has been doing for the security services.

He, therefore, sought approval of a licence for his security outfit.

He said: “I will be glad if my security outfit is licensed by the appropriate body. The fee they are demanding is quite exorbitant.

“I want my security outfit to be certified so that with my team of young men, including graduates I have trained, we will continue doing the good work of securing people’s lives and their properties. 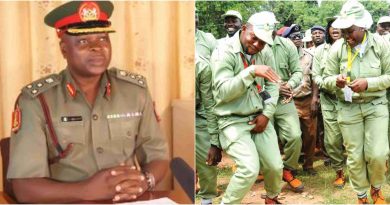 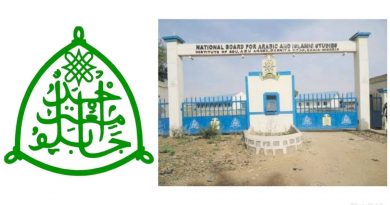 Why ABU reclaimed its property from NBAIS 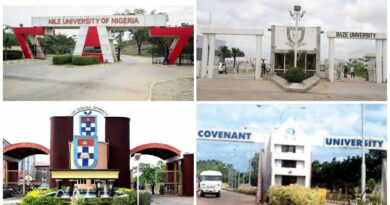