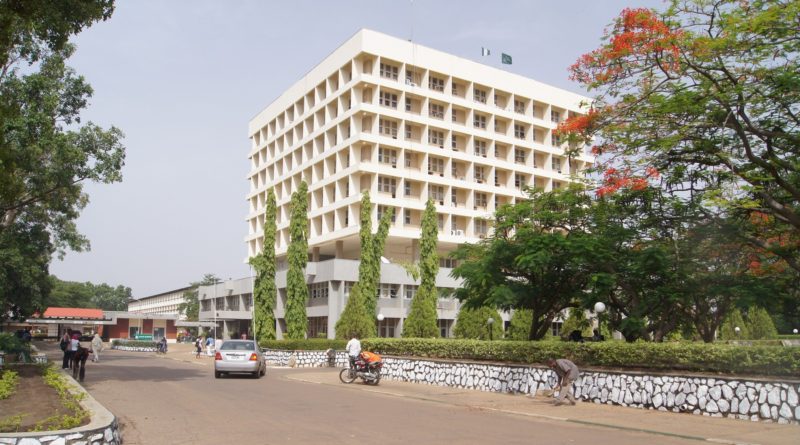 The great Ahmadu Bello University (ABU) is a federal government research university located in Zaria, Kaduna State. ABU was founded on October 4, 1962, as the University of Northern Nigeria.

The Kongo campus hosts the Faculties of Law and Administration. The Faculty of Administration consists of Accounting, Business Administration, Local Government and Development Studies and Public Administration Departments. Additionally, the university is responsible for a variety of other institutions and programs at other locations.

The university is named after the Sardauna of Sokoto, Alhaji Sir Ahmadu Bello, the first premier of Northern Nigeria.

As Nigeria approached independence on October 1, 1960, it had only a single university: the University of Ibadan, established in 1948. The important Ashby Commission report (submitted a month before independence) recommended adding new universities in each of Nigeria’s then-three regions, as well as the capital, Lagos. Even before the Commission report, however, the regional governments had begun planning universities.

In May, 1960, the Northern Region had upgraded the School of Arabic Studies in Kano to become the Ahmadu Bello College for Arabic and Islamic Studies. (The college was named after the region’s dominant political leader, Alhaji Sir Ahmadu Bello.)

The Ashby Commission report recommendations gave a new impetus and direction, and it was ultimately decided to create a University of Northern Nigeria at Zaria (rather than Kano). The university would take over the facilities of the Nigerian College of Arts, Science and Technology at Samaru just outside Zaria, and would incorporate the Ahmadu Bello College in Kano, the Agricultural Research Institute at Samaru, the Institute of Administration at Zaria, and the Veterinary Research Institute at Vom on the Jos Plateau.

At the opening on October 4, 1962, thanks in part to absorbing existing institutions, Ahmadu Bello University Zaria claimed four faculties comprising 15 departments. However, students in all programs numbered only 426. The challenges faced were enormous. Over 60 years of British colonial rule, education in the Northern Region had lagged far behind that of the two southern regions.

Only two Nigerians — Dr. Iya Abubakar (Mathematics) and Adamu Baikie (Education) — were among the earliest round of faculty appointments. Facilities on the main Samaru campus were inadequate, and the administration and integration of the physically separated pre-existing institutions was difficult.

Nevertheless, under the vice chancellorship of Dr. Norman S. Alexander, academic and administrative staffing was developed, new departments and programs were created, major building plans were undertaken, and student enrollments grew rapidly. By the end of Alexander’s tenure (1965–66), almost 1,000 students were enrolled. The New Zealand-born Alexander, from 1966, became a kind of “freelance vice-chancellor”, offering his expertise to help in the setting up of other Commonwealth universities in the West Indies, Fiji and Africa.

Development through the middle 1970s

In 1966, Dr. Alexander was succeeded as Ahmadu Bello University vice chancellor by Dr. Ishaya Shuaibu Audu, a pediatrician and associate professor at the University of Lagos. Audu had been born in Wusasa, near Zaria, in 1928. A native Hausa, he was Ahmadu Bello University’s first Nigerian vice chancellor and a northerner. However, his membership in the Hausa Christian community of Wusasa probably had some later impact on his tenure.

Ahmadu Bello University was seriously affected by the coups and the anti-Igbo riots of 1966. But, under Dr. Audu’s leadership, ABU was to grow and develop at an even faster pace. Growth in student enrollments had been held hostage to growth and development of A-level training at the secondary school level. So beginning in 1968–69 ABU broke free from the British three-year heritage and established the School of Basic Studies to provide advanced secondary pre-degree training on campus. Students who entered through the School of Basic Studies essentially embarked on a four-year program toward a bachelor’s degree.

Opposed initially by some, the school proved a great success and enrollments expanded even more rapidly. By its tenth year Ahmadu Bello University’s total enrollments including non- and pre-degree programs were put at over 7,000 of which more than half were in degree programs. In its first ten years, the University of Ibadan produced 615 graduates. At ABU the corresponding figure after 10 years was 2,333 first degrees, along with several advanced degrees.

Ranging far beyond the standard fields of the arts, languages, social sciences and sciences, it included engineering, medicine (the Zaria hospital was an ABU teaching hospital), pharmacy, architecture, and a wide variety of agricultural departments including veterinary medicine. What was called the Kongo campus just outside the old city in Zaria taught public administration and carried out a program of in-service training for local government throughout the north.

The Faculty of Law was based at the Kongo campus. The Faculty of Education not only taught education courses but also managed the Advanced Teacher’s Colleges in the northern states. At the Kano campus (now called Abdullahi Bayero College) ABU taught courses in Hausa, Arabic and Islamic studies.

Professorial staffing to serve the burgeoning student enrollments and course offerings was a potential limitation during this period. In the early 1970s relatively abundant funding made it possible to send some senior academic staff to overseas institutions to complete advanced degrees.

A small but increasing number of Nigerians with Ph.D.s or other advanced degrees were returning from abroad (but ABU had to compete with the other Nigerian universities to recruit them). In the meantime, appointment of expatriate teaching staff was essential and it expanded greatly and diversified in nationalities. Vice chancellor Audu endeavored to balance the goals of Nigerianization (and “northernization”) of ABU’s professors with the commitment to maintaining all programs at an international level of academic quality.

By 1975, this balance was strained. The teaching faculty remained more than half expatriate overall; at senior levels still more so.The development of Nigerian staffing (and especially of northern-origin teaching staff) was perceived as too slow. In 1975, ABU turned toward a much heavier emphasis on internal staff development as it adopted the Graduate Assistantship program.

Under this program, the best graduates from the departments’ undergraduate programs are recruited to join the department as staff-in-training and undertake advanced training as they gain on-the-job experience. Within a few years, a significant proportion of ABU senior staff were products of the internal training programs. From 1975, the proportion of expatriate teaching staff diminished rapidly.

By the end of the vice chancellorship of Ishaya Audu (mid-1975), ABU was solidly established as Nigeria’s largest university and among Africa’s academically strongest university institutions. Strong growth has continued. But ABU has been increasingly buffeted by external events and challenges. No vice-chancellorship has been as long (or, arguably, as successful) as that of Ishaya Audu.

Beginning in the early 1980s, ABU was hit with sharply reduced funding as the International Monetary Fund and the World Bank imposed the Structural Adjustment Programme: the value of the national currency plummeted in relation to international currencies. Staff salaries were reduced rapidly in cost-of-living terms, and funding for facilities, library acquisitions, and other necessary resources was abruptly curtailed. Further, Ahmadu Bello University increasingly competed for students, staff and funding with all the other institutions within the rapidly expanding Nigerian university system.

Over the years, Ahmadu Bello University has been affected by national political instability. The very fact of ABU’s strikingly “national character” (in drawing students and staff from an unusually broad range of Nigeria’s regional, ethnic and religious communities) may incline the institution to internal instability. Certainly, ABU has been among Nigeria’s universities that have suffered most from closures.

Currently, it covers a land area of 7,000 hectares and encompasses 12 academic faculties, a postgraduate school and 82 academic departments. It has five institutes, six specialized centers, a Division of Agricultural Colleges, demonstration secondary and primary schools, as well as extension and consultancy services which provide a variety of services to the wider society.

The total student enrollment in the university’s degree and sub-degree programs is about 35,000, drawn from every state of Nigeria, from Africa and from the rest of world. There are about 1,400 academic and research staff and 5,000 support staff. The university has nurtured two new institutions: Bayero University Kano and the Abubakar Tafawa Balewa University of Technology, Bauchi. Some 27 tertiary institutions made up of colleges of education, polytechnics and schools of basic or preliminary studies are affiliated to it. 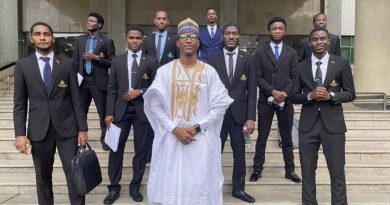 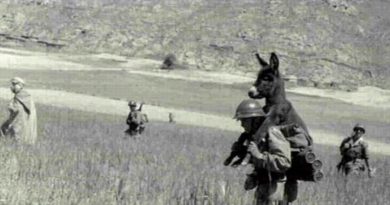 20 REASONS WHY SOME ABU STUDENTS FAIL AND SOLUTIONS