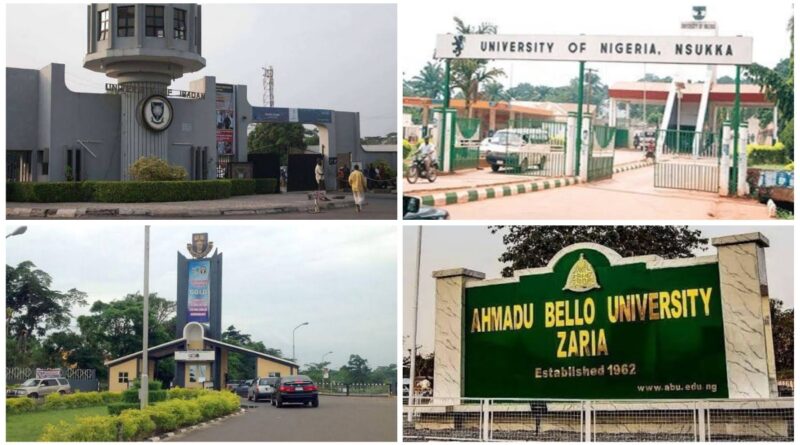 Anyone would be forgiven for the expectation that Nigerian universities, especially the federal ones, should be primarily centers for the advancement of learning.

However, many have come to accept the mediocre, pedestrian, and generally poor quality of our universities. Instead of the focus being on how to stretch the human mind for the purpose of Nigeria’s development, the primary focus, in the last four decades, has been the establishment of ethnic and religious hegemonies.

Investigations show that since the late 1980s, Nigerian federal universities have been anything but federal in character and principle.

All the universities, without exception, have focused on upholding prejudice and sectarianism.

For instance, there is no federal university in Nigeria today in which the vice-chancellor (VC) is not from the region and or the predominant religion in the region.

For instance, all federal universities in the North have VCs from the region, and same for the East, South-South, and West.

It is the culmination of the process that made some sections of Ife indigenes openly protest, demanding for an indigene of their Ife to be appointed the VC of Obafemi Awolowo University (OAU).

ALSO READ:  What many don't know about university lecturers in Nigeria

In 2020, Ibadan aborigines led a protest to demand the appointment of an Ibadan indigene as VC.

It was in 2004 that the demand for a VC of Bini origin for the University of Benin reared its ugly head. The federal government was later bullied into appointing Bini aborigines as VCs.

For instance, the VC of the University of Ibadan in Oyo State is Kayode Adebowale from Ogun State;

the University of Nigeria, Nsukka (UNN) in Enugu State has Charles Esimone, from Anambra State, as VC.

The VC of the University of Lagos is Oluwatoyin Ogundipe, from Lagos State;

The VC of the University of Benin in Edo State is Lillian Salami, from Edo State, while her counterpart at Usman Dan Fodio University in Sokoto is Lawal Bilbis, from neighbouring Zamfara.

In the University of Ibadan, it was in 1979, and Tekena Tanumo was the VC.

In Ahmadu Bello University, the last non-Hausa VC was Oladipo Akinkugbe, who held the position from 1978 to 1979.

At the UNN, the last non-Igbo VC was Umaru Gomwalk, who ran the school between May 1994 and 1999 as sole administrator.

The indigenisation of the leadership of universities including faculties and departments fails the students, the university system as centres of excellence, and the nation because, rather than promoting integration, it promotes segregation. Essentially, Nigeria’s federal universities are only meant for those from the region and from the predominant religion in the area.

While it is a given that institutions in Nigeria are polarised along income lines, the polarization along ethnic and religious lines is even more toxic. Poor Nigerians have no choice over where to send their children, especially after primary and secondary schools.

The children of poor or lower-middle-class Nigerians who have attended primary and secondary schools in which they were denied the mix with children of diverse social classes are confronted with the same pattern of polarised education.

Investigations further show that the increasing selection, arguably not on merit, of people from the same region and predominant religious group, inadvertently continues the mediocrity in the recruitment of university officers further down.

This has gone on to generate mistrust and prejudice in the recruitment of students. It thus becomes unlikely for large numbers of students from the North to seek admission to universities in the South and vice-versa.

Samuel Ukit, the dean of the School of Technical Education, Federal College of Education, Akoka, in Lagos State, said: “The unfortunate trend has been on for several years now even in federal colleges of education, which should not be.

“Qualification should be the standard for choosing who to mount which office in our tertiary education sector, especially the federal government-established ones.”

According to Ukit, corruption is one major reason people, most times, would want the key offices to be given to a person from the ethnic group of the institution.

Many times when people come from other regions, they do not seem to have a personal attachment to developing the education community where they found themselves.

However, Ukit believes that the polarisation of offices in tertiary institutions will not generate mistrust and prejudice in the recruitment of students.

He cited the Federal College of Education (Technical) Akoka as an example, where he said people are admitted purely on merit irrespective of the fact that the indigenisation quest also is obtainable to some extent.

“Once there is quality education, anyone can learn from any region and institution, provided he or she is qualified,” he said.

Why FG, ABU Mgt, SRC should do more for ABU Off-Campus Students 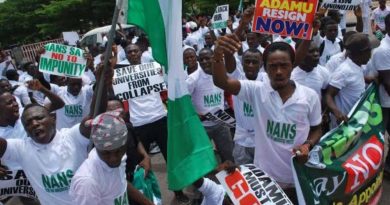 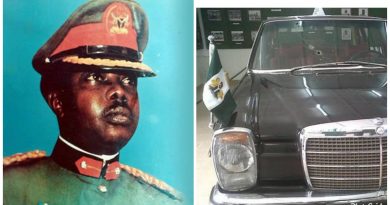 Why ‘Foreigners’ are not welcome in Nigerian Federal Universities

Perception Of Western Education In Northern Nigeria: How I Was Nicknamed Chinedu