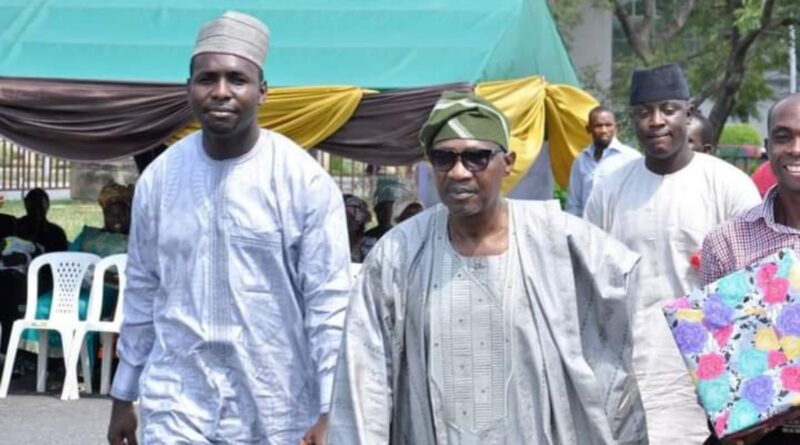 He called me, ‘Spicy, come January 7th to 12th 2021, we shall go into hiding -somewhere in Nasarawa state where work on the book you wrote on me can be finally done’. Which I answered with an exciting voice,’ Yes sir’! 12 December 2020, the man came down with the deadly virus.

My professor was taken to isolation where the journey to his eventual departure began. He battled the virus just like he had battled all other burdens of life.

On the 12th day of his isolation, he tested negative for the virus, and all was set for the old young man to return home – instead of coming home to the embrace of his loved ones, Professor Femi Odekunle chose the eternal departure route and breath his last, he died the next day after testing negative.

He didn’t die when the virus had its toll but when the negative reference was preferred to positive. He died gasping for breath in the hands of his sacrificial wife Oluwatoyin.

Read Also: Femi Odekunle – Once Upon A Nation

Femi Odekunle, world symbol of ebullient disposition, inimitable reference of integrity, unmitigated reference of stoic bluntness, fearless scion of Ijesha, proud descendant of Ogbeni clan, a father figure to every student that passes through him, proud patriot and a loving father to his children answered the call of nature on the 29th of December 2020 few days before our scheduled meeting of working on his biography that took us 15 years to write. Indeed God sees beyond the superficial sight of men, Prof died forgetting our appointment!

Never seen a man that carried his woes with all sense of equanimity like Professor Femi Odekunle, never a man to blame others for his woes. All his life tribulations according to him were God’s design from the onset. He fought his battles alone, owned up to his hubris, and never for once did he shift blame to anyone.

When asked how he felt when Major Hamza Mustapha, Chief Security Officer to late Sani Abacha tortured him using every inhuman bestiality? He would respond, ‘I have no grudge against Mustapha, he was doing his work as a CSO, but the person I can never forgive is Mohammed, Abacha’s son who had no business torturing me.

He didn’t only repeatedly hit my head with all sorts of objects but poured cold water on me in the biting cold of Abuja harmattan. That boy desecrated my dignity ‘.

He suffered torture, endured humiliation, and was chained to the ground in the excruciating cold of Jos prison where Abacha had him and others condemned to death in a phantom coup. He lost his body, suffered cruelty but refused to lose his mental health.

In the months that he was incarcerated, he suffered the worst man’s inhumanity to fellow man, he was degraded, made to eat, and pass waste in the same spot where he was chained to the floor.

His offense was being at the right place at the wrong time – he was framed for being truthful, he was marked for being too patriotic, he was shamed for being too vocal in truth and justice. Few days before his execution, General Sani Abacha died and the second chance for Odekunle to live again was birthed!

Barely a few years after escaping from Abacha’s grip, Femi Odekunle was hit with excruciating kidney disease. So complicated was his condition that he was given up for death but as usual, God had a different plan for him.

He survived the kidney disease and lived for more twenty years. While you see a happy man cracking your ribs with his funny anecdotes and domesticated analysis on national TVs, lectures, and classrooms behind these was a man troubled by personal decisions and in decisions. Like every human, he was also in pain, only he saw his tears but he gave the world joy and his best.

Odekunle was one of the best humans that doted the earth, he was a just man, detribalized, compassionate, and deadly patriotic. He worked and lived for a better Nigeria, sacrificed time, resources, and intellect to have a working Nigeria.

With many begging calls to jump ship abroad, he remained stuck to the Nigerian dream, tragically, the nation he wished, toiled, and suffered for betrayed him. He died gasping for air because a University Teaching Hospital ran out of an oxygen machine. Yes, Nigeria’s first professor of criminology died so cheaply no thanks to a bad system!

ALSO READ:  Femi Odekunle: Once Upon A Nation

His death hit me so badly, like a dream, I’m yet to come to terms. How can my friend of over twenty years leave unannounced? In the last 15 years, there is no Friday that I didn’t visit him except of course when we both are either out of town.

On these compulsory Friday visits, we would sit in his study discussing family issues, personal reviews, and the unending Nigerian drama. We would argue endlessly with no one shifting ground.

He would jab, jeer and scold me when my points are founded on hasty and weak postulations. He was my teacher, friend, and father – there were no decisions I took that didn’t get his blessing or otherwise. Whoever I am today is to the sacrifice, mentoring, and love of Femi Odekunle.

And that man left, just like my mother left, he left with a happy part of me. Today, the man would have been 78, but God said no, the earth has had enough of his angelic imprints, come join the saints in heaven and Professor Oluwafemi Odekunle joined his ancestral lineage and now a guest in the heavens. Goodnight my Prof. 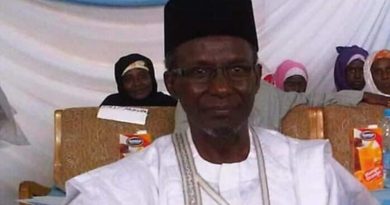 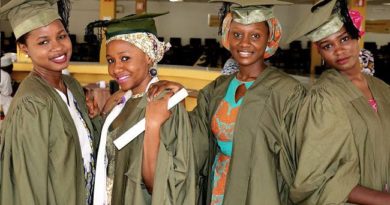 Do You Really Need a University Degree To Start A Business? A must Read for Abusites 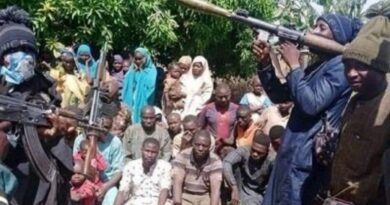 Kidnapping and state of education in Nigeria