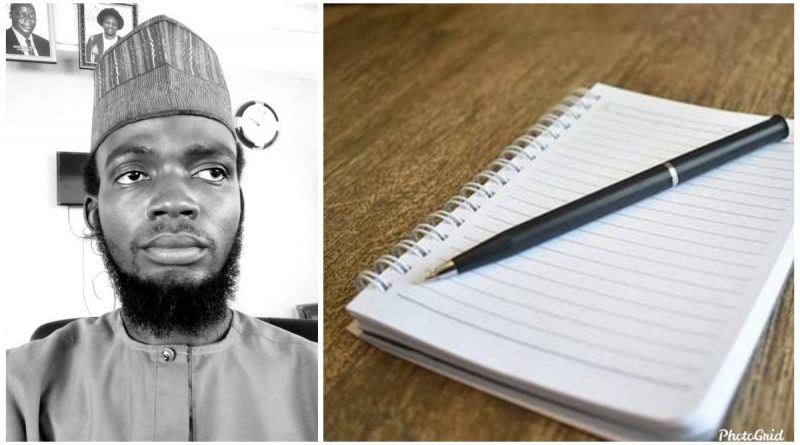 “Assalamu alaykum. Please do you think that pen will soon cease to be in use? In other words, what’s the fate of handwriting in this digital world? Will it little by little dissipate from our world?” Abbas Auwal,
Bauchi, Nigeria

My friend, Abbas, a recent graduate of English language and former Wakeel/President of the Association of Muslim Art Students (AMAS) at Ahmadu Bello University posed the questions above to me.

This is supposed to be a private intellectual deliberation, an exchange of understanding of our world as we often did in the university, but I feel it is important to share this particular view of mine with the rest of my friends and public.

I have tried as much as possible to avoid making the discussion an academic one, as academic exercises tend to make simple human experiences too complex and complicated for useful understanding, while on the other hand, informal intellectual discussions tend to simplify and deepen understanding of otherwise complex issues, in my opinion.

Therefore since the pen has always symbolized knowledge; the background intercourse leading to knowledge reproduction and preservation for the consumption of today and tomorrow, it has become a precious treasure to generations from the distant past of the papyrus, scroll, and quill, moving slowly and steadily to typewriters, photocopiers, scanners, personal computers and smartphones, the age of mass production of knowledge has arrived.

Now to talk about what we used to know as a pen, I am afraid, it may not survive for too long. The fate of pen may not be too different from ours, we have no precise knowledge of the time we may take a bow from this stage called earth, but we are certain that we would no live beyond the next one hundred years.

The structural pen that we know is already on the path to death, and it is a sad privilege that we are here in our time to accompany it to its grave. Computer and information technology is threatening to replace humans, her god with robots, do you think an ordinary piece of pen will be spared? By the way, the pen you knew or know is gone.

All that is left now is the observance of its funeral rites. The pen is dead, but is its function dead too? This is similar to the statement mischievously credited to the wife of a former Nigerian President in her attempt to pay tribute to Chukwuemeka Ojukwu, former Biafran warlord, she says, “Ojukwu is a great man. He has died but his manhood lives on.” Our pen has died but the central function that defined its place and role across civilizations still lives on through other means.

But still, if the function of the pen was writing and drawing, it has no place today, I mean that old pen. It has however resurrected in new forms and shapes in order to live in the digital world.

Today we have smartpens and tablets for drawing, painting, and other graphic designs. Some weeks back, the famous Daily Trust political cartoonist, who is also a graduate of economics from ABU, Mustapha Bulama, shared a video of the processes of his drawing on his Facebook page. I observed that Bulama’s drawing was done using a smartpen and it took just a few minutes to finish up. Many other graphic artists no longer use the old pen and paper.

In the past newspaper editors and publishers accepted handwritten articles and manuscripts, but now they don’t. If you have any piece of article to submit anywhere, you must type and send it through electronic mail. The advantage of this is that it is easier and faster to edit and publish compared to handwriting which after editing would require rewriting.

As I type this piece my pen is nowhere to be found, I mean I can’t remember the last time I used it to write any lengthy piece. I remember some years back when I was in 200level at the university, we were going to Samaru market for shopping with my friend, we needed to quickly draft a list of items to buy, and none of us had a pen with him at that time.

All I did was turn on my laptop computer to draft our budget on Microsoft Excel after which I used the same software, to sum up for the cost of the items we intended to buy. The simple budget was converted to PDF format and sent to our smartphones, and we went to the market to make our purchase.

ALSO READ:  15th January: A Unique day in the lives of Nigerians, Northerners, Abusites, and Abumsites

While we ponder upon the fate of pen and handwriting, new technologies have emerged that would someday make even hand typing redundant and obsolete. Now there are software for voice typing where you could just dictate to a smartphone or Personal Computer and your words would be transcribed in real-time.

Google has integrated this feature in its search engine, Google Docs, and some of its products. Apart from the real-time voice typing, there are audio transcription tools that convert audio to typed words. I learnt that the highly controversial memoir of a certain Nigerian state governor was not actually written by him.

That it was the recorded audio of his narration that was transcribed into that memoir. By the way, I have never thought that that governor would have the time or creative skill to craft such a book. Therefore, I believe that very soon we may not need to write or type, all that we would need to do is talk and we would have it in written format instantly.

However, we may continue to use the pen to write, not out of necessity, but an innate desire to preserve what we see as hand-made aesthetics and creative craft. It will no longer be about the message conveyed by the handwriting but the value of the writer to us.

ALSO READ:  The Beautiful Lady Who Went Astray: A MUST-READ for female Abusites

When we request for an autograph from celebrities it’s not because of the writing itself, but to have a piece of creation from their hands to keep with us as some sort of prized possession. There was a time when love letters were popular. And then receiving sweet and soothing words from someone you loved was a treasure to preserve.

I remember we were still writing love letters when 2go messaging app became popular around 2010. I did write many love letters then, both as a freelancer and to my loved one. With smartphones and 2go in our hands then, we gradually kept aside from our pen. But the creative thinking involved in crafting those letters and the artful use of calligraphic handwriting was lost.

Now, some months back, I was thrilled to send a handwritten letter to my crush. She is a creative writer and I am still expecting her reply which I intend to preserve in my archive in anticipation of the eventual disappearance of the art of handwriting from the surface of the earth.

Finally, dear Abbas, the fate of pen and handwriting is a bleak and gloomy one. But this fate is a result of better alternatives that have presented themselves to man. While a few, or a significant number of people may not afford the alternatives to pen and handwriting today, I have this bold optimism that time is the currency that will eventually take these technologies to the remotest villages in our local communities.

While this is both too brief and an informal correspondence, I hope that our academics from the Language and Literary Studies, Fine Arts and Industrial design may take this discussion into the realm of deep intellectual debate. But whatever is done, the world has lifted the giant feet of Colossus and taken a gigantic step forward towards the path of progress, and there is no going back. 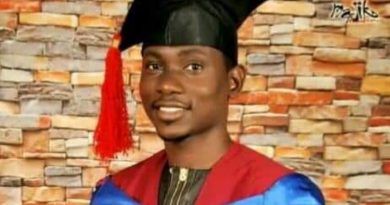 A year without our brother Sulaiman Muhammad 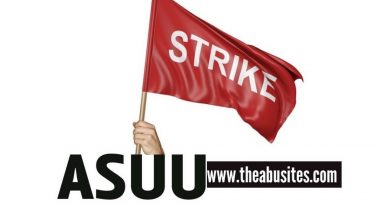 ASUU Strike: A battle between the Elites and Elitists. 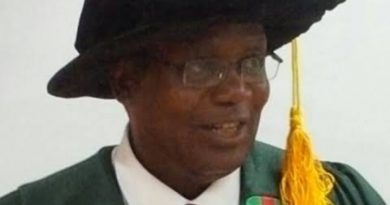 Professor James O’Connell: The Father of Pols in ABU Zaria.