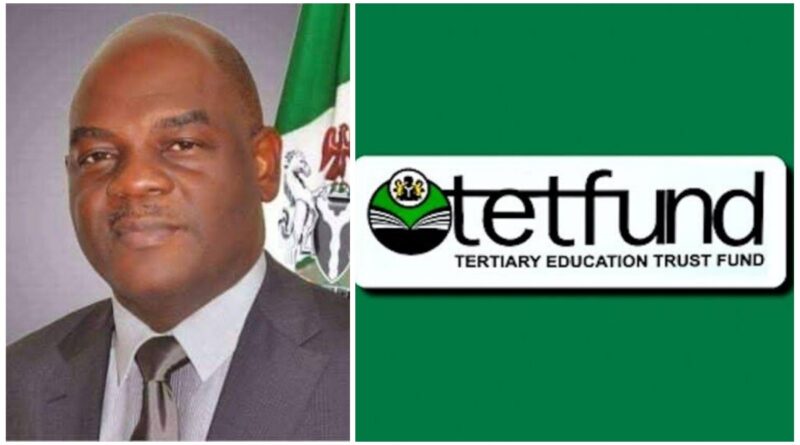 The new Executive Secretary of Tertiary Education Trust Fund (TETFund), Sonny Echono has appealed to the leadership of the Academic Staff Union of Universities (ASUU) to suspend the ongoing strike while it continues with the dialogue with the Federal Government.

He made the call during the official take over of the mantle of leadership from the outgoing Executive Secretary of the Fund, Professor Suleiman Bogoro Monday in Abuja.

Echono who is the immediate past Permanent Secretary, Federal Ministry of Education, said he was aware that education is really not funded enough, the cause for which ASUU is fighting, noting however that government is currently constrained with harsh economic realities.

He acknowledged that the working conditions of University lecturers were not good, saying the Federal Government would want to address all of them if not for revenue shortfalls.

He said: “Yes we agree that the conditions they work are challenging we will address it but the government is currently constrained,” while appealing to the members of ASUU to create opportunities for the government to address the issues in phases.

According to him, the education sector requires massive investment to prepare the huge population of the country for global competitiveness.

He promised to consult widely with critical stakeholders including ASUU and other staff Unions in tertiary institutions in pursuing the realization of the mandate of the Fund, especially for feedback and evaluation of what TETFund has been doing as well as how best the judiciously utilize the funds available to it, adding that this would also help in creating industrial harmony.

He commended Bogoro for the service to the country by championing the paradigm shift in TETFund while assuring that his administration would build on the solid foundation that has already been laid, especially in the area of promoting content development and research and development (R&D).

Echono added that he would focus on curriculum delivery in tertiary institutions in Nigeria, saying the challenge was how to make the nation’s graduates more relevant and not just employable but creators of wealth.

He decried situations where scarce resources are used to train students that graduate for ten years looking for Government employment verification, and “where they get, employers would say your graduates are not employable.”

He said there was the need to build a symbiotic relationship between the industry and academia to ensure seamless production of manpower needed to drive the nation’s economy and even produce in excess for export to other countries insisting that Nigeria has a comparative advantage for that.

He added that beneficiary institutions would be encouraged to leverage Information and Communication Technology (ICT), to improve curriculum delivery in the schools, saying when COVID-19 struck, it took everybody by surprise but the country was able to adjust with the help of technology as online teaching and learning platforms were promoted.

While assuring that staff welfare would be given priority, Echono told them that they have a lot of work to do to raise the bar, saying “We shall be having consultations with our critical stakeholders: Vice-Chancellors of Universities, Rectors of Polytechnics, Provost of Colleges of Education as well as staff Unions, ASUU, Academic Staff Union of Polytechnics (ASUP), COASU (College of Education Academic Staff Union), and Senior Staff Association of Nigerian Universities (SSANU) among others, for them to tell us which areas they want improvement”.

In his remark, Bogoro thanked the Minister of Education, Malam Adamu Adamu, and President Muhammadu Buhari for giving him the opportunity to return to complete his tenure of five years and contributing to the development of the education sector in the country.

Bogoro was first appointed by former President Goodluck Jonathan in 2014 but was removed in February 2016 by President Buhari’s administration that later reinstated him in January 2019 after claims that he was found innocent of the allegations for which he was removed.

He said he was glad that he was handing over an agency that a lot of Nigerians have referred to as the “most impactful intervention agency in Nigeria,” adding that the ranking of Nigerian Universities has improved with credit to TETFund intervention.

Bogoro said: “We tried to uphold fidelity we also tried our best to meet the expectations of the beneficiary institutions as expressed in the law and we operate within the law.

“We tried to address a major challenge in the Nigeria university system which was weak research culture and we created a new standard.” 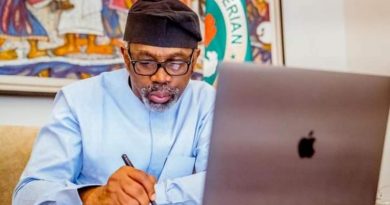 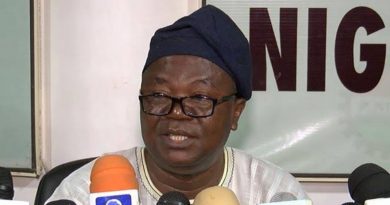 IPPIS: We’re Not Stooges For Some Avaricious Vice-Chancellors! – ASUU 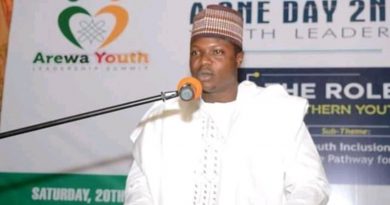