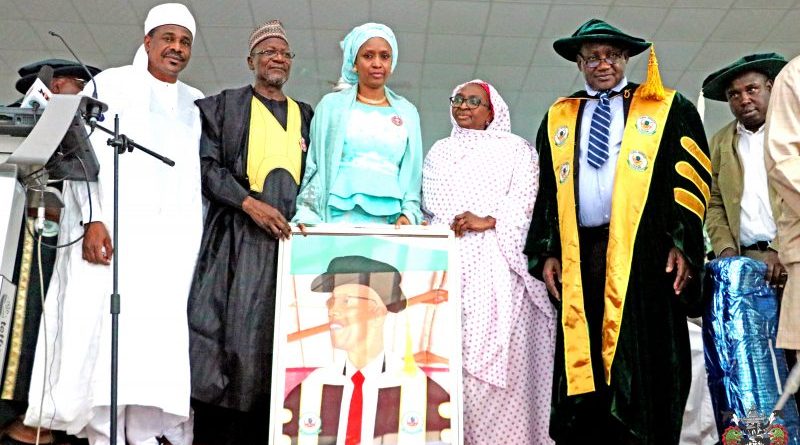 The sleepy town of Kashere in Gombe State was a beehive of activities a few days ago (7/12/2019) when the crème de la crème of the Nigerian academia, politicians, and top government functionaries converged on the town to honor the late Dr. Yusufu Bala Usman.

The event was the third, fourth and fifth combined convocation ceremony of the Federal University of Kashere (FUK), during which the Senate of the school conferred a posthumous honorary doctorate degree of letters on the late icon and intellectual colossus in appreciation of his contributions to the academia, public sector and numerous historical writings that changed the paradigm of the study of African history.

The late Brigadier Zakariya Maimalari and Senator Muhammad Danjuma Goje were also conferred with an honorary doctorate degree of science.

At the venue to receive the award on his behalf was his daughter, the managing director of the Nigerian Ports Authority (NPA), Mrs. Hadiza Bala Usman, accompanied by friends, siblings, and other well wishers.

At the epoch-making ceremony, Hadiza Bala made dignitaries at the event emotional when the citation of her late father was read by the university orator, Professor Noah Echa Attah.

The NPA boss, who was standing during the citation, became emotional and had to try very hard to control tears from running down her cheeks.

Speaking on Sunday, Hadiza’s brother, Hassan Bala Usman, said the family felt honoured and fulfilled, that 14 years after the demise of their father, the world still remembers him.

Hassan Bala added that the family has set up Yusufu Bala Usman Institute in Zaria to record an archive his work and present them to the public.

He added that some of his books like ‘Manipulation of Religion in Nigeria’ and ‘Nigeria Against the IMF and have been re-published with a new forward to be presented to the general public.

He proceeded to Government College, Kaduna in 1957, where he completed his secondary education and proceeded to United Kingdom for his Higher School Certificate (HSC).

Dr Yusufu Bala Usman graduated from the University of Lancaster with double honours in History and Political Science.

On returning to Nigeria, he took up a teaching job at Barewa College, unlike his peers, a decision which shocked the officials of the then North Central State Public Service Commission. He later resigned when his application for study leave was turned down.

He worked in the Department of History, Ahmadu Bello University, Zaria from 1970 under the tutelage of the legendary Professor Abdullahi Smith. Together they laid the foundation for the ABU School of History.

When he joined the ABU as permanent staff in 1972, Dr Bala Usman became synonymous with the Department of History until his death in September 2005.

In his numerous historical writings, Bala completely changed the paradigm of the study of African history, from one based on “tribal” studies, to a dynamic perspective, which shows how present identities and structures are a product of historical processes, and are not fixed.

Dr Yusufu Bala Usman alone supervised 13 PhDs out of the 37 produced by the Department of History between 1970 and 2005.

He is the author of numerous books like; For the Liberation of Nigeria; The Transformation of Katsina, 1400-1883: The Emergence and Overthrow of the Sarauta System and the Establishment of the Emirat; Nigeria Against the I.M.F.; The Home Market Strategy ; The Manipulation of Religion in Nigeria 1977-1987; and is one of the authors of The Nigerian Economic Crisis: Causes and Solutions, co-author with Olusegun Osoba of The Minority Report and Draft Constitution for the Federal Republic of Nigeria, 1976 and of numerous articles in newspapers and journals.

was Yusufu Bala Usman was a political activist who played an important role in sensitizing the Nigerian people to the liberation struggles going on in Africa and elsewhere, and was a major influence in forging a progressive foreign policy stance for the Nigerian government in the late 1970s and 1980s.

He was an active participant in Nigerian politics, playing major roles in founding and supporting political movements with a radical agenda aimed at liberating the peoples of Nigeria and all of Africa from the bonds of colonial and imperialist oppression.

He served briefly as Secretary to the Government of old Kaduna State between November 1980 and June 1982.

He was a pubic intellectual whose writings and lectures were designed to expose to the Nigerian public the ways the existing political and economic system operates to exploit and oppress the vast majority of the people of the country.

While he was the Director of Research of the People’s Redemption Party, he edited Tarihin Gwagwarmayar N.E.P.U. da P.R.P. (The History of the Struggles of the N.E.P.U. and the P.R.P.), written by Mallam Lawan Danbazau (Zaria, 1981); Who is Responsible? The Nigerian Workers and the Current Economic Crisis (Zaria, 1982); Political Repression in Nigeria, 1979-1981: A Selection of Documents: I, (Zaria, 1982).

He was co-cordinator of the Transition Programme and Secretary of the Kaduna State Government, 1979-82; member of the Awoniyi Judicial Commission of Inquiry into Contract Awards in Niger State, in April-November 1984; Chairman of the Political Committee of the All-Nigeria Conference on Foreign Policy, Kuru, April 1986; and a member of The Analyst magazine collective, publishers of The Analyst, Fitila and Analysis magazines.

Dr Yusufu Bala Usman was undoubtedly one of the most brilliant minds that Nigeria has produced. Aside from his impressive intellectual achievements, he stands as an individual whose courage, honesty and integrity served as a shining example for his colleagues, students and in fact all those who came in contact with him. Years after his death in 2005, he remains an inspiration to all Nigerian patriots and Africans everywhere.

Upon his death in September 2005, he left behind a wife and six children. 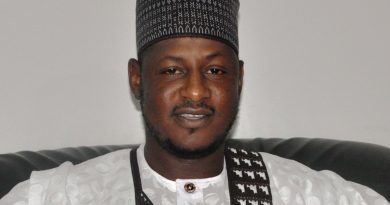 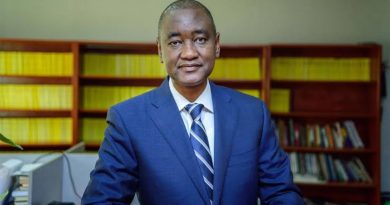 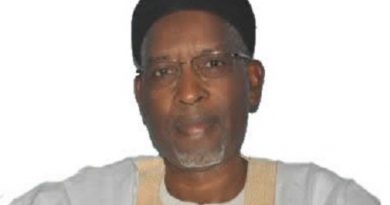