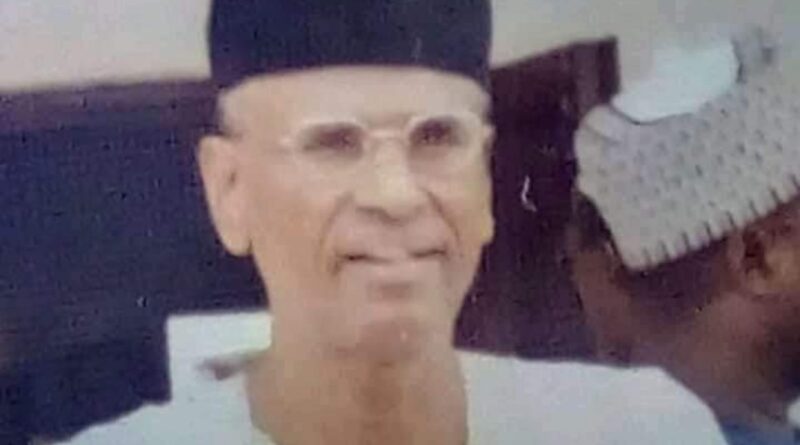 Dr. Mahmud Tukur was a former Minister of Commerce and Industry; former Director of the Institute of Administration, A.B.U., Zaria; and later the first Vice-Chancellor of Bayero University, Kano (BUK).

Dr. Mahmud Muhammad Tukur was born in 1939 in Yola to Aishatu and Muhammad Tukur, Wakilin Chamba, District Head of Jada, who played a prominent role in ensuring that the Northern Cameroons plebiscite went Northern Nigeria’s way. His mother taught him to read and recite the Qur’an. His father taught him discipline.

He grew up as a brilliant and precocious young man. It was not a surprise, therefore, that he topped his class in Bauchi Secondary School coming out with a Grade 1 in the West African School Certificate in 1957.

In August 1958, Mahmud Tukur was flown to the UK for further studies. He was one of the six exceptionally brilliant boys selected by Sir Ahmadu Bello, the Premier of Northern Nigeria to further their studies in England. Others were; Mamman Daura, Tiamiyu Salami, Abubakar Alhaji, Augustine Yange (now Abdullahi Yange), and Shehu Ibrahim.

He was enrolled at Bournemouth Municipal College. He passed his O and A levels and was admitted to Aberystwyth campus, the University of Wales, where Prince Charles, the eldest son of the Queen of England also studied. He came out top of the class there and was awarded the Elizabeth Morris memorial prize. He graduated with an Honours Degree in International Relations and Political science.

Mahmud Tukur proceeded to the University of Pittsburgh, USA for a Masters Degree in International Relations, and Ahmadu Bello University, Zaria for a PhD.

He was a Fulbright-Hays Fellow, senior I.U.C. Fellow, and associate member of St. Anthony’s College, Oxford (1974).

On returning home from America, he joined the Northern Nigeria Civil Service with stints in the Premier’s Office as District Officer (D.O.) in Niger Province and the Ministry of Water Resources.

Because of his academic leanings, Dr. Mahmud Tukur was seconded by the Northern Nigerian Government to ABU Zaria to head the Institute of Administration, Kongo, Zaria. There, he shaped the themes and curricula of the College to suit the developmental requirements of the North.

According to his friend Alhaji Mamman Daura, in a tribute, “It was at Kongo that Mahmud Tukur came into national prominence by organizing prestigious seminars on the state of the nation and future course of development and politics. He undertook the task of systematizing all the aggregates of viewpoints and proposals into workable policy options and forwarded the conference consensus to Federal and State Governments.”

According to Mamman Daura, “Mahmud Tukur brought to bear his intellect and energy to fashion a university, which will be in harmony with its environment. The idea of a University differs from society to society. Mahmud Tukur believed that a university in Northern Nigeria must adapt and conform to the overall theme and direction of the founders of the Sokoto Caliphate: Shehu Usman Danfodio, Abdullahi Gwandu, and Sultan Muhammadu Bello. He avidly read and taught books of these great masters.”

Dr. Tukur was later appointed Vice-Chancellor, University of Lagos, an appointment he refused to accept on account of impropriety and violation of the rules.

In his other career as a public servant, Mahmud Tukur served on the Adebo and Udoji National Wage Reviews and the Constitution Drafting Committee of 1976, a member of the National Constitutional Conference 1994/1995 and of the Vision 2010 Committee 1997.

In 1984, he was appointed Minister of Commerce and Industry in the military regime of Muhammadu Buhari.

He was also the Chairman, Fukarabe Industries Limited, Director of Cadbury, Nigeria plc, and the coordinator of Policy Analysis Limited.

In his lifetime, he authored and co-authored many books and academic works, prominent among his books is: ”Leadership and governance in Nigeria: The Relevance of Values” (1999).

The clique was known to some persons as the ‘Kaduna Mafia’, the influential group of young northern Nigerian intellectuals, civil servants, business tycoons, and military officers residing or conducting business in the former northern capital city of Kaduna.

He died in Abuja on Friday, April 9, 2021, at the age of 82 years, after a brief illness and was buried in Yola, according to Islamic rites.

The late Tukur had three wives, nine children, and many grandchildren, as well as brothers and sisters.

Prominent among his brothers is Bamanga Tukur, the former Governor of defunct Gongola State, one-time Minister of Industries, and former National Chairman of the People’s Democratic Party (PDP). 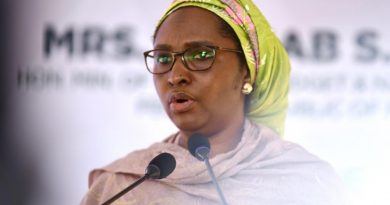 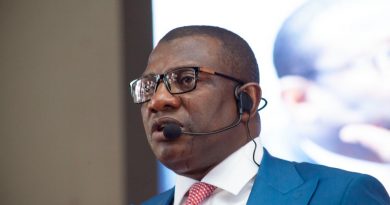 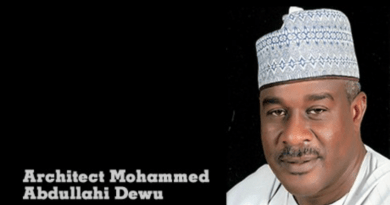 Al-Amin Bashir Bugaje: The Genius who broke ABU Record in 2017

NUC and the menace of fake universities

What many don’t know about university lecturers in Nigeria