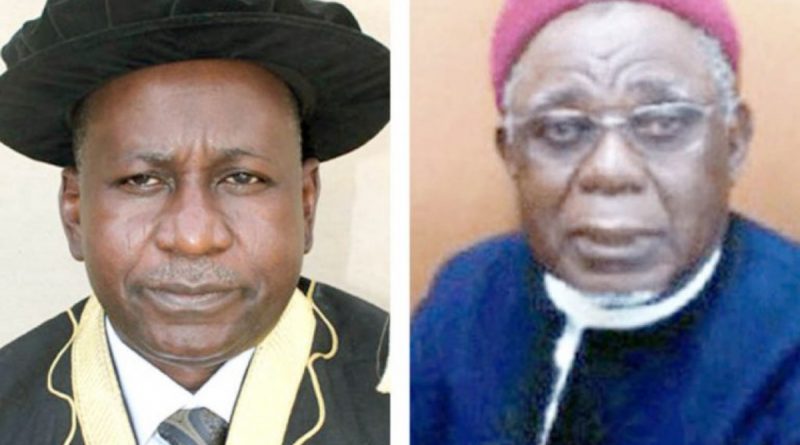 Crisis is brewing at Ahmadu Bello University (ABU), Zaria, following the directive by the Governing Council of the institution to the outgoing vice-chancellor, Prof. Ibrahim Garba, to proceed on terminal leave.

Prof. Garba’s tenure expires on April 30, 2020, and the directive by the council for him to leave ahead of his time is generating tension in the university.

However, the embattled V-C told Daily Trust yesterday that if the directive for him to leave was advisory, he was not willing to go until the end of his stipulated five years in office.

The ABU Alumni Association has meanwhile waded into the matter, saying there was no law that prescribed terminal leave for vice-chancellors and asked the university council to rescind the decision.

Recalled that a former Deputy Vice-Chancellor (Administration) at the university, Prof. Kabir Bala, was in January appointed as the new vice-chancellor of the institution. He is to resume office on May 1.

How Prof Garba was asked to leave office as ABU VC

In a letter to the outgoing vice-chancellor dated February 7, signed by the Registrar of the university, A. A. Kundila, the council headed by its Chairman, Malam Adamu Fika (Wazirin Fika), directed Prof. Garba to proceed on terminal leave with effect from March 1, 2020.

The letter, which was copied the Minister of Education, Malam Adamu Adamu, Executive Secretary of National Universities Commission (NUC), Inspector General of Police, Director, Department of State Service, among others, asked the vice-chancellor to handover leadership of the university to the deputy vice-chancellor, Academic.

The two-paragraph letter seen by this newspaper reads: “At the 190th (emergency) meeting of the Governing Council of the university held on Thursday, 6 February 2020, council resolved and directed that you should proceed on terminal leave from 1 March 2020.

“You are to handover the instruments of the Office of the Vice-Chancellor to Prof. D. A. Ameh, the deputy vice-chancellor (Academic) who will manage the affairs of the university until the new vice-chancellor assumes duty on 1 May 2020.”

Aside from the foregoing, it was gathered, the council also resolved to review all appointments and employments made by the outgoing V-C from October 2019 to date.

The ABU Alumni Association led by Prof. Ahmed Tijjani Mora has kicked against the move saying in the interest of fairness, Prof. Garba should be allowed to exhaust his five-year tenure which ends in May.

In a letter to Malam Adamu Fika, copied the minister of education and others dated February 7, Prof. Mora said: “I wish to most respectfully refer the chairman to the deliberations of the 190th (emergency) meeting of the Governing Council of ABU, Zaria which I was invited to attend.

“It would be recalled that there was no agenda indicated in the notice of the meeting and which myself, the vice-chancellor, who is the Chief Executive Officer (CEO) of the university and other members, only got to know of four days earlier.

“Be that as it was, members turned up for the meeting except two (2), one of whom was the vice-chancellor, Professor Ibrahim Garba, whom the council was reliably informed by the registrar and secretary of the council was indeed in Abuja, the nation’s capital on a national assignment.

“The chairman is a seasoned and experienced public officer as well as a highly respected national figure, and who, in his wisdom, revealed to the council some infractions allegedly committed by the vice-chancellor, which appeared to have gone contrary to established norms or Standard Operations Procedure of the university.

“In the particular issue of debating whether the vice-chancellor should be made to proceed on terminal leave, I drew the attention of the chairman and council of the federal government’s approved document, the Reform Implementation Committee (R.I.C) of 2006 applicable to the Federal Civil and Public Services of which ABU, Zaria falls under.

“A staff member cannot be forced to undertake his/her annual leave. If deferred, such staff member can only enjoy such leave at the time of his/her choice. To force the vice-chancellor to proceed on terminal leave with only 84 days to go at the end of his five-year tenure, I argued would give the negative impression that the vice-chancellor was being punished,” Prof. Mora said.

He also called on Malam Fika to allow V-C to conclude his tenure and also dismiss the allegations of infractions levelled against him.

Why we asked Prof Garba to go – Pro-chancellor

When contacted on phone yesterday to comment on why the council wants the vice-chancellor, who has less than 80 days to the end of his tenure to leave, the Wazirin Fika said it was based on some reasons.

He, however, said he was not ready to make them public.

“The council took the decision and it has been implemented,” he said.

On whether he received a complaint from the ABU alumni on the need to shelve the decision, Malam Adamu Fika answered in the negative.

A senior administrative officer in the university and two professors also agreed that the V-C should not go on terminal leave because none of his predecessors took such leave at the end of their terms.

Speaking to Daily Trust, Prof. Garba said he received a letter asking him to proceed on terminal leave.

He, however, said the directive was given without any background, “since I was not in the 190th council meeting to have knowledge of what transpired and led to this unprecedented directive to a sitting vice-chancellor from the governing council.”

Prof. Garba said by all standards, the directive was unfair and not in line with any law or due process governing activities of a federal university.

“I will request for further clarification on whether the directive was advisory and subject to my acceptance or is a disciplinary action against me and of which I am not aware of any charges that warrant such a heavy sanction if that was what it was meant to be,” he told Daily Trust.

He said he was fully aware that his tenure would end on 30 April 2020.

“I need all the remaining time to tidy up and ensure a smooth and comprehensive handing-over to a new vice-chancellor who should assume office on 1 May 2020,” he said.

Interview conducted yesterday with different stakeholders in the university indicated that unless something is done urgently, the university may likely be engulfed in crisis.

When contacted, a Professor of Medicine in the university, Rabiu Magaji, said the decision of the council was nothing more than vendetta.

He said: “They have grudges with the V-C and they are therefore out to humiliate him out of office. Otherwise, there was never a time that a V-C was asked to proceed on terminal leave in this manner to the best of my knowledge.

“The council chairman who is supposed to be a unifying factor as an elder is leading the cabal fighting the VC, largely because of selfish interest.

“For example, he unilaterally set the criteria used in electing the in-coming V-C contrary to the established traditions of the university. The minister of education is not helping matters in this crisis in ABU, because he has taken sides with those that are trying to destroy the system. The minister refused to act when his attention was drawn to the infractions on the known criteria of electing a new V-C,” he said.

Professor Magaji also faulted the directive given to the V-C to hand over to DVC Academics, saying that it is a known fact that the next in hierarchy after the VC is the DVC Administration.

Effort to get the reaction of the Federal Ministry of Education was not successful as a senior official close to the minister said he would have to find out whether the letter had reached the ministry. 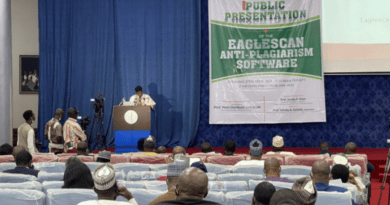 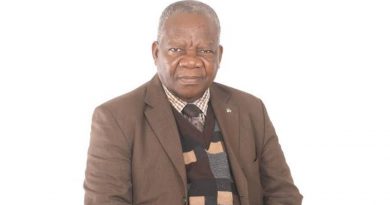 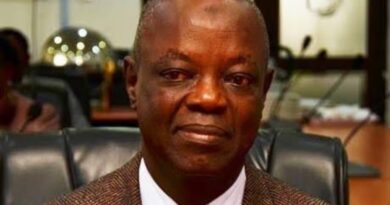 How to Write a Final Year Research Project in ABU

Strikes: University system on the brink of collapse, says NANS