By Iyabo Lawal and Opeyemi Babalola

When Olakunle Olomide secured admission to study medicine at Olabisi Onabanjo University (OOU), the joy of his parents knew no bounds, but when they were handed the bill of N650, 000 for tuition and other sundry expenses, their hearts skipped a beat. The bill is exclusive of accommodation, feeding, and others. They wondered why the bill should be that high in a public university.

For Babatunde Olorunfemi, his dream of going to university was cut short due to finance. With 263 in the Unified Tertiary matriculation examination (UTME) and 64 percent in Post-UTME, which qualified him for admission at Federal University, Oye Ekiti (FUOYE), Olorunfemi’s father lost his job as a hotel manager in the Ijoko area of Ogun State, halting his dream of earning a university degree, as there was nobody to finance his education.

NIGERIA has not been able to meet international standards regarding budgetary provisions for education and even has been doing far less than some of her neighboring countries. In six years, Nigeria budgeted N3.6 trillion out of N55.3 trillion for education.

But with the lingering strike by the Academic Staff Union of Universities (ASUU), there have been divergent views on exploring alternative funding for public universities. Although some have renewed calls for the introduction of tuition as a source of generating revenue, many, however, argued that most of the institutions have introduced sundry charges running into thousands, which parents and newly admitted students are agonizing over.

Over the years, federal and state universities have found ways to make students pay sundry charges in place of their original tuition-free status.

Others are departmental registration, student union dues, utility/sundry charges, certificate verification fee, faculty dues, security fee, science students fee, non-science students fee, medical referral fee, lab services, tertiary institutions social health insurance programme (TISHIP) fee, books and stationaries, internet bills and general up-keep in an academic year, including feeding and miscellaneous constitute private cost in university education and an average of N265, 000 is the private cost of a student in a year. This indicates that the statement of free education is not a true representative of what it ought to mean if only tuition is free.

Findings by The Guardian showed that many federal and state universities charge over N50, 000 from each prospective student as acceptance fee before being allowed to register.

In some universities, money paid for acceptance fee is between N35, 000 and N50, 000. This is different from registration, which comes with different sub-headings.

But beyond acceptance fees, investigations by The Guardian showed that an average undergraduate in any federal and state university spends between N280, 000 and N350, 000 every academic session on sundry/ private expenses.

These discriminatory fees have become a source of worry to parents and indigent students, who are finding it difficult to pay, considering the fact that federal universities are considered to be tuition-free.

Enquiries by The Guardian at both federal and state-owned universities showed that tertiary education is not free after all.

ALSO READ:  Why universities must reopen for on-campus delivery of teaching and learning

For instance, Ola Soaga, a 300-level Political science student at the University of Ilorin (UNILORIN), said apart from acceptance fee, she paid 52,100 as tuition in her first year and 27,250 in her second and third year, accommodation per annum is 120,000, while feeding and other sundry expenses amounted to N180, 000.

Also, Tunde Alao, who currently studies Mass Communication, at Lagos State University (LASU), said his school fees is N25, 000 naira per academic year, with other expenses like accommodation N120, 000; feeding N150, 000, books and handouts put at N50, 000, among others, every year.

“If we are clamouring for complete free education, especially in tertiary institutions, we wont get quality. So, just like we are supporting academic excellence, we need to contribute our part as well to enhance what we need to get qualitative learning,” he added.

On her part, Precious Ogwa of UNIBEN, currently in 300-level Mass Communication, lamented the exorbitant nature of federal institutions.

“I didn’t expect public universities to be expensive, apart from school fees and accommodation, we also cough out fees for departmental, project and class dues.”

“Education in federal institutions is not free. We spend like state universities, when you add all the extra payment made during the semester. I always say you can’t attend a public university without money, don’t attempt it. So, it is never free, not even near free,” she added.

This, he said, excluded other fees like departmental, association, medical, accommodation, transportation, feeding and other sundry charges.

How we come about fees, Soremekun, Olayinka reveal

Soremekun argued that the concept of free tuition is a myth being promoted in the nation’s educational system, which is very difficult to achieve at this point in time.

He said the only place where such is possible is Europe, where the countries are heavily disposed to welfarism. 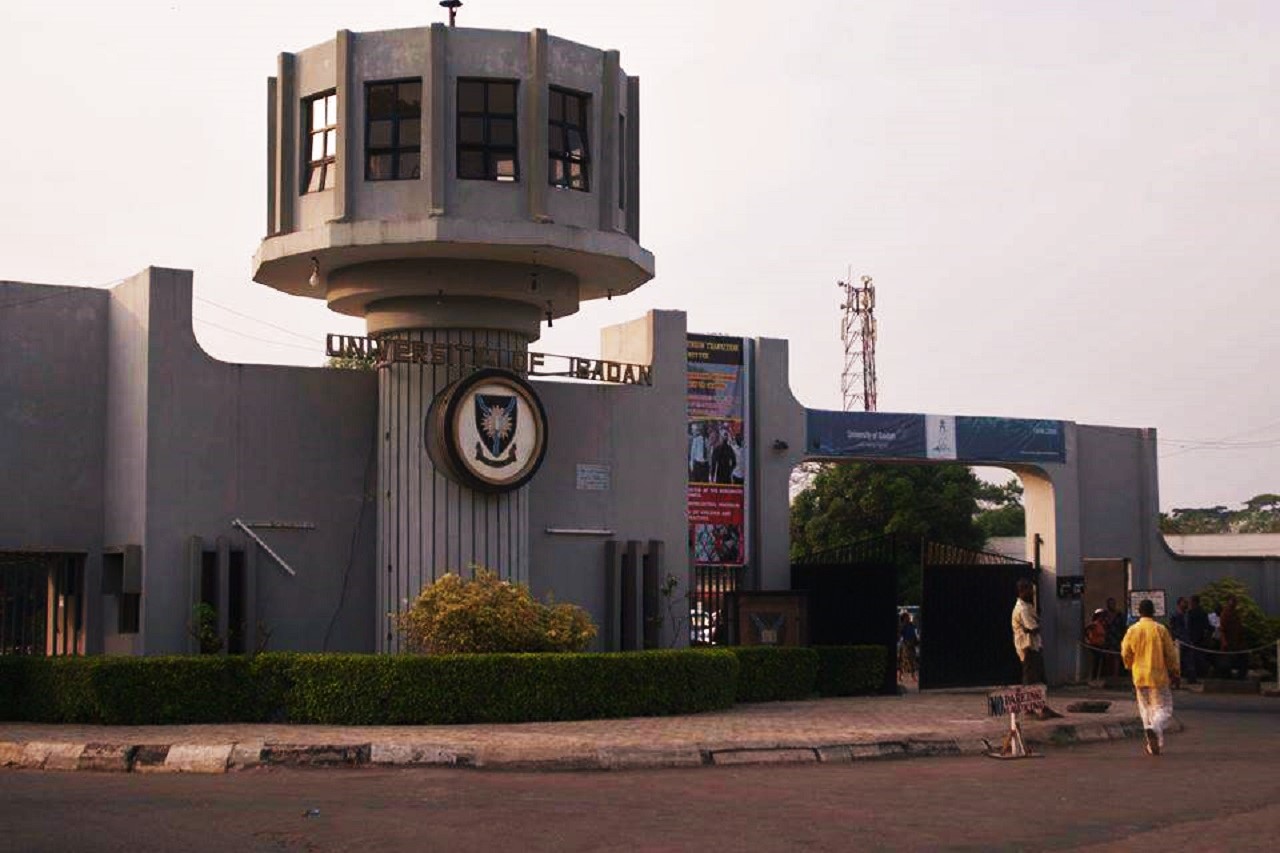 “In those places, the tax system is not only very efficient, but it is also very comprehensive so that they can even afford to give foreigners the so-called tuition-free,” he said.

According to him, the arrangement in the country does not allow for tuition free environment, because as “my argument has always been that somebody is paying for it, or somebody has paid for it or somebody would pay for it.”

He said, “so, what most universities do, including FUOYE, is to put in place what we call “user fees,” that is, for every facility you enjoy, we impose something on the students such that at the end of the day, we have results to show for it.

“Within five years of my tenure, we were being ranked as one of the best universities in the public sector. We’ve built a laboratory, we had to provide software in the form of equipment and how do you intend to do that? It costs money,” he stated.

Soremekun reminded that education is not cheap, as each institution must put necessary things in place to make teaching and learning conducive.

“We had to put things in place to service the health centre, and for the professional courses, like pharmacy, nursing and medical laboratory science, among others, where you need a lot of capital outlay, we have to charge something so as to keep those courses going.

“As I speak, within a space of five years, we were offering all the courses in first generation universities except medicine, even then, we managed to puts in place 50 per cent of the medical programme, on the platform of basic medical sciences.

“The sooner all stakeholders realised this, the better,” the former VC said.

On his part, immediate past Vice Chancellor of UI, Prof Idowu Olayinka, said the Federal Government only permitted the university to charge N45,000 for sundry expenses.

In terms of accommodation, Prof Olayinka said students pay N30, 000 per bed space, which is not enough to maintain the hostels.

He said: “As far back as 1986, government had hands off accommodation issues and left it for each university to handle. In our case, we were charging N14, 000 per bed space, but we could not do anything. In year 2017, we set up a committee to look into the issue of hostel accommodation and what they came up with was that each bed space would cost N60, 000, but we felt there was no way we could increase from N14, 000 to N60, 000, so, we pegged it at N30, 000, while the medical hostel was increased to N40, 000. As a result of inflation, the committee suggested that the fee be reviewed after two years but it’s still the same. Already, there is a gap and we still have to pay electricity bills, water treatment and general maintenance.

The major problem is underfunding, lecturers have been on strike for over seven months but you cannot say because of that, you will close the school. We still have to pay bills and do general maintenance.

“The university is always running in deficit. If it were a private company, it would have been under receivership. The fundamental thing is the funding model. If government says we should not charge for tuition, and we are spending more than we earn, who is going to pay the balance? If its going to cost N100 to run a particular system for instance and government says it can only provide N70, and we should not charge more than N5, then, who is going to provide the remaining N25? There is that gap and government is not ready to provide the balance,” Olayinka added.

FOR federal universities, subventions by the Federal Government are calculated based on staff strength, number of students, locations and other factors. That means they don’t get the same amount from the government.

How much is needed to run a university yearly?

OPINIONS are divided on how much is required to run a university annually. This is because the size and nature of courses are important in determining figures to look at. But going by the fact that the Federal Government usually allocates N4 billion as take off grant for newly-established universities, one may be tempted to think that is enough.

Also the call by the leadership of the Academic Staff Union of Universities (ASUU), that the National Universities Commission (NUC) should mandate those who want to set up new universities to put aside between N30 and N40 billion as running costs for at least three years could mean that an average university may need about N10 billion to run yearly.

Some expenditure borne by universities

Whether state or federal universities, the owner government pays staff salaries and provides facilities. However, some expenses, including electricity and cleaning of hostels are borne by the management, which are sourced from internally generated revenue.

To alleviate the private cost burden on students, stakeholders recommended that students should have access to loan using their intended certificate as collateral.

Interrogating cost of education for undergraduates in federal, state varsities