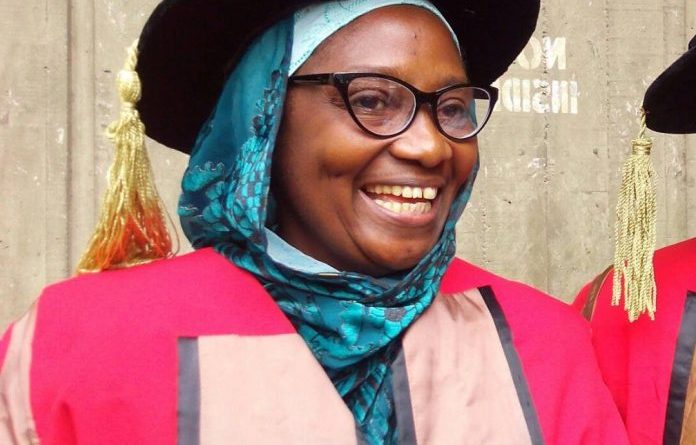 Professor Amina Bashir is a pace setter, scholar, distinguished Abusite and prominent Professor of English Language (Sociolinguistics) who is currently the Dean, School of Postgraduate Studies, federal university Dutse. She is believed to be the first female professor from Yobe State, Nigeria.

Professor Amina Bashir was born in Patiskum, Yobe State, on the 8th of June, 1960 to the family of 5 from Daya, Fika Local Government present Yobe state and she was the youngest in the family.

She was enrolled into the Central Primary School, Nguru at a very early age where her father, Alhaji Garba Daya, the current Hakimin Daya (Daya Village Head) and Galadiman Fika, was a resident Pharmacist.

She was enrolled into St. Patrick Primary School, a missionary school and one of the best primary schools in Maiduguri then, when her father was transferred to then sleepy but fast developing capital of the newly created North East State.

Her father soon got another transfer and so she finished her primary scool in Damboa Primary School, Potiskum. After primary school, she gained admission into Government Girls’ College, Maiduguri where she graduated in 1977.

Coming from a family that values knowledge, she was not allowed to pine away sitting at home but went to the College of Arts and Science, Mubi, in Adamawa State before she was admitted at the School of Basic Studies, Ahmadu Bello University (ABU), Zaria.

She graduated in 1981 with a degree in English. She obtained a Masters in Education (Curriculum Studies) Degree from University of Maiduguri and a PhD in English (Sociolinguistics) from the prestigious Ahmadu Bello University, Zaria.

Prof Amina Bashir started her working career in 1982, immediately after her one year mandatory national service as a graduate assistant in the University of Maiduguri where she walked her up through the demanding university academic requirements to became a Professor in 2009. She is on leave of absence at the Federal University, Dutse, Jigawa State where she served as the Deputy Vice chancellor (Academics).

She is an effective teaching professional with extensive experience with students from different backgrounds. She has more than 35 years of teaching and research at the university level. She has written several books and more than 40 journal articles in the fields of Sociolinguistics, Composition Writing, and Applied linguistics.

Prof. Amina Bashir has served on various university and national committees. She is a patron or member of different professional, occupational and social organizations, the apex of which is the Nigerian Academy of Letters.

Prof. Amina Abubakar Bashir who is enthusiastic to learn and undertake new challenges is also a recipient of Award of Icon of Educational Development by the Nigerian Youth Development Foundation, 2019.

Amina whose hobbies include travelling, walk and work-out, playing scrabble, and building friendships is married with children.

Professor Amina Bashir is a firm believer that students in tertiary institutions must engage in entrepreneurship activities. The gesture she believes is necessary to avoid being unemployed even after graduation.

Speaking recently at an Inspiring Leadership Reflection Interactive Series (ILERIS) organized for youth in Jigawa state by Centre for Information Technology and Development (CITAD). The erudite professor explained that acquiring entrepreneurship skills would equip the students to be self-employed by starting and managing their own businesses, as well as eventually become employers of labour.

While pointing out the importance of small scale businesses and medium enterprises, she noted that they were the bedrock of any economy and acquiring entrepreneurship literacy will assist in tackling unemployment and reduce restiveness among youths through the provision of functional skills.

She also advised the students to engage in various skill acquisition programmes being carried out by various governments and non-governmental organisations in order to be self-reliant, noting that all it takes is determination and perseverance and never to give up; this is because sometimes with small problems you think the world is coming to end. And remember that one important thing about life is that you have to do things for yourself; nobody will do it for you. 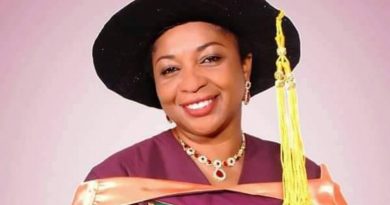 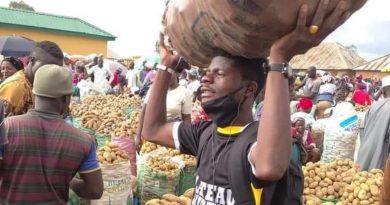 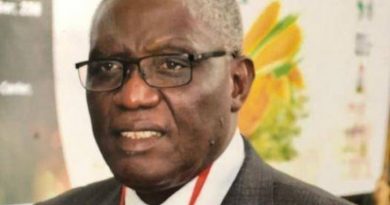