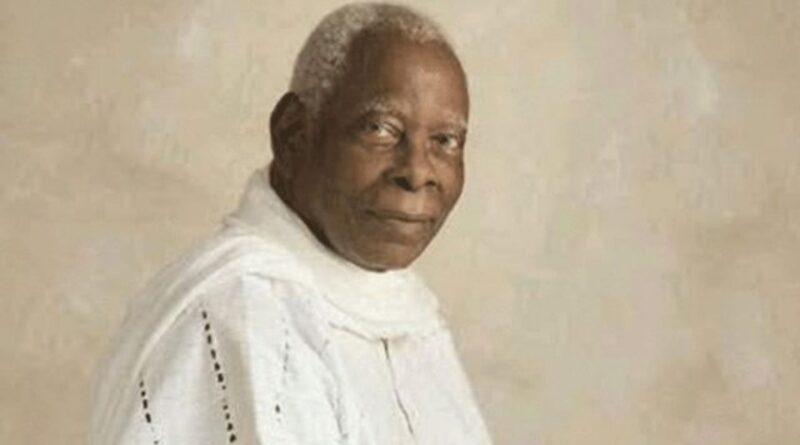 By Tajudeen Sowole and Eniola Daniel

Considered one of the greatest modernist artists in Nigeria, Yusuf Adebayo Cameron Grillo, has died. He died yesterday at the Gbagada General Hospital, Lagos, during a brief illness. He was 86.

A statement from his family yesterday, signed by his nephew, Otunba Babatunde Grillo, said, the eminent artist died in the morning.

A family source disclosed that Yusuf Grillo had been taken to the hospital on Friday when his health started failing.

The pioneer President of the Society of Nigerian Artists (SNA), Grillo was the founder of the Department of Fine Arts (now School of Art and Designs) at the Yaba College of Technology (YabaTech), and was for many years head of the department, during which he trained and helped to mentor the career of many of the famous Nigerian artists of today.

When newsman visited his residence in Ikeja, at about 2:51p.m, yesterday, two of the late art icon domestic staff, were in the serene compound, doing some laundering work.

BORN in 1934, Professor Grillo was a member of the famous Zaria Art Society, which in the ‘60s made history when they initiated the concept of ‘Natural Synthesis’, which changed the direction of art teaching at the then Zaria School of Arts and Design, now Ahmadu Bello University, ABU, Zaria.

His contemporaries in the school and the Society, whose members later came to be known as the ‘Zaria Rebels’, include eminent Printmaker, Bruce Onabrakpeya, the painter-sculptor-architect, Demas Nwoko, and the late Uche Okeke, among others.

Grillo left behind a body of work marked by great imagination and sulfurous view of human relations.

Ayo Adewunmi (Ph.D), who has taught art, and photography, at the Institute of Management and Technology (IMT), Enugu since 1991 and the Art Director of Life in My City Art Festival (LIMCAF), said, “the news of Grillo’s passing came as a shock.”

To him, indeed, it is a sad time for Modern Art in Nigeria. “We have lost prominent artists this period, Uwa Usen, Nsikak Essien, Mike Omoighe, Prof. Ola Oloidi and now Grillo.”

According to him, Grillo played a vital role in the development of modern art in Nigeria. “He influenced many and he laid the foundation for strong artistic practice from ABU Zaria to Yaba Tech and beyond. It is, indeed, a big loss to Nigeria. While LIMCAF celebrates his achievements, we will miss him dearly,” he said.

For Oliver Enwonwu, President of SNA, “it is with heavy hearts that we received the news of the passing of one of Nigeria’s most celebrated cultural icons, Prof Yusuf Adebayo Grillo.”

While commiserating with the family, he prayed God to grant the family the fortitude to bear the loss.

Dr Kunle Adeyemi, a lecturer at the YabaTech, said, “Yusuf Grillo left his footprint on the Nigerian art landscape.”

Adeyemi said, it will “be difficult for any Nigeria artist in this generation to match Grillo’s passion for practical art training, its philosophy and development. When he was teaching, he used his obsession for visual arts practice to invite, magnetize and engage virtually the best hands in Nigerian art practice as lecturers to his domain, Yaba College Art School.

Little wonder, almost 20 years after his retirement from the famous school, glimpses are still evident of the Yusuf Grillo solid art academic foundation. Retirement notwithstanding, he still had a genuine, abiding interest in what goes on in the art profession.

During my tenure as Chairman, Society of Nigerian Artists, Lagos State, I tapped into the wealth of experience of Baba, which he joyfully and willingly gave anytime I went to him. Often, high-level national discussions on art, the Society of Nigerian Artists and other related issues took place at his Ikeja home. He spent most of his time and money to develop the visual art profession.

“ Grillo has been very consistent and committed to the art profession to which he is an invaluable asset. In my opinion, Grillo deserves honour not only in the art world, but also in the land called Nigeria because of his unparalleled contributions to the development of art and humanity. History has it that the golden years of the Society of Nigerian Artists in this country were under the leadership of Yusuf Grillo. In his time, Nigerian art became internationally recognised to the extent that he was elected Vice President of the international Association of Artists (IAA). Visual art become widely supported both by the government of the day and by all and sundry.”

In his condolence message, Alhaji Saheed O. Bakare of the Brazilian Mosque, described the late artist as a “very humble and God fearing man.”

Wife of the deceased driver, Mrs. Evans Augustina, while paying her tribute, said: “My husband was his driver and few years after he employed my husband, he asked him to bring me from Ghana and stay with him and he’s like a father in-law to me. I’ve been living here with him for 10 years, while my husband spent 18 years with him.

“Baba was kind to my family and I will miss his fatherly support and care. We all go to meet him whenever he wakes up in the morning and he used to call me Anhunanya (Jealous person) because if baba gives something to my children and I went to him to thank him, he will joke, ‘let me give anhunaya because I gave her children. Baba was a good man; he was a nice person.”

On her part, a domestic worker, Tawal Anthony, said his demise was shocking: “I am overwhelmed and I don’t know where to start from or how to describe how good he was.”

His preference for blue in natural settings paintings is sometimes similar to the adire or resist-dye textiles used in Nigeria.

Those who were familiar with his work knew that Grillo expressed an aversion to photo-realism. Rather than aiming for lifelike creations, he preferred to elongate and stylise his figures.

This technique, which produced graceful, elegant human-like forms, made his work instantly recognisable. Many, including Kunle Filani, a well-known art critic, praised his choice of colour tones and his compositional decisions.

Filani noted that whilst many have attempted to mimic Grillo’s style in their own work, none has managed to achieve the same skilful combination of complimentary hues and perfect spatial balance.

Unlike his stained glass and mural work, Grillo’s paintings were rarely the result of commissions. In an interview in 2005, the artist revealed that painting was his preferred medium and the majority of his works were executed for his own enjoyment. Consequently, the themes and concepts are his, and not subject to “market requirements”.

He sourced his inspiration from the actions and behaviour of humankind, but was particularly intrigued by Yoruba culture, and much of his artwork tended to merge western and Yoruba art techniques.

Music making, a recurring motif in Grillo’s work, was inspired by where he was raised — the Brazilian Quarters in Lagos, an area renowned for the quality of its live bands.

These childhood experiences inspired some of the artist’s works including, Drummer and Apprentice, Quartet, Trio and Drummer’s Return. 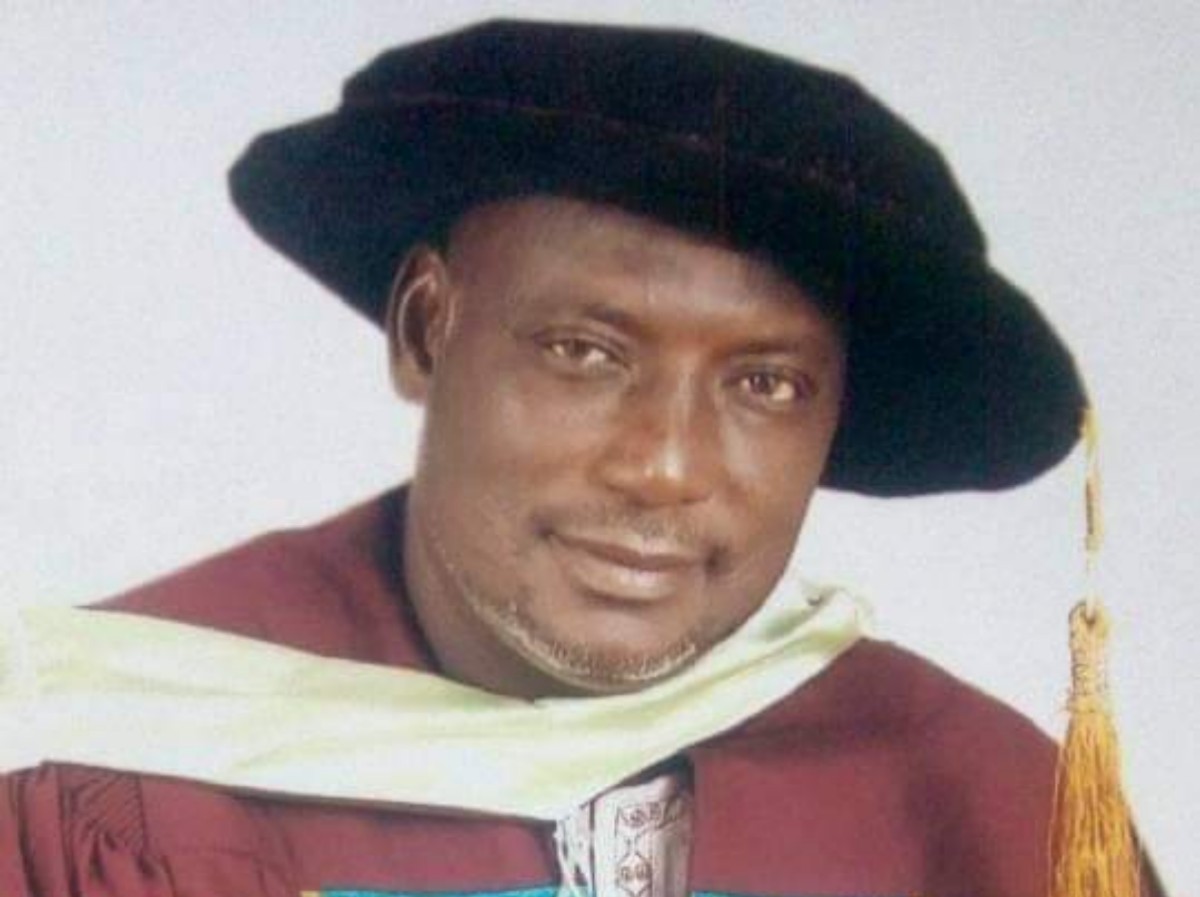 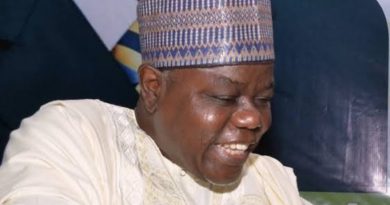 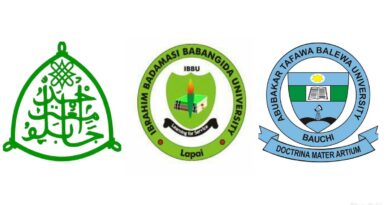 ABUTH Zaria overstretched, can no longer meet the demands by the citizenry – Uba Sani