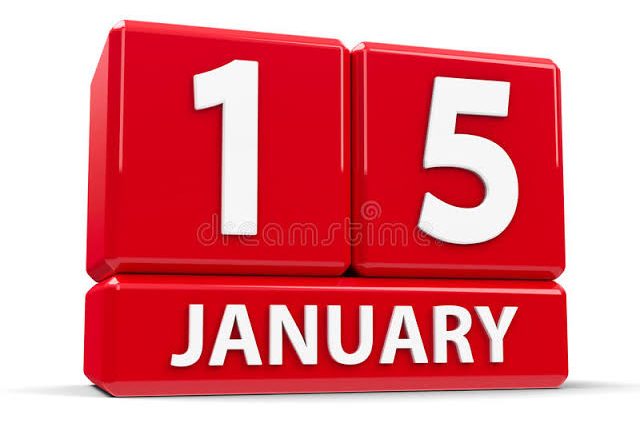 15th January is a unique day in the history of Nigeria. It is a very significant day in the lives of Northerners, Abusites, and Abumsites. Below are the reasons

Firstly, 15th January is the armed forces remembrance day in Nigeria, a day the country has set aside to remember and pray for the most courageous of us all. A day we remember the gallant men & women that have paid the supreme price so that we live in peace and harmony. On this blessed day, I pray their great sacrifices not be in vain, may God provide for their loved ones & may their souls rest in peace.

Secondly, 15th January also marks a defining moment in the political history of our nation, as it is 54 years since the assassination of our forefathers, reformers, patriots, and administrators per excellence. 15th January 1966 will remain a dark day in our history as the north was thrown into unending mourning by the assassination of the country’s only prime minister, Alhaji Sir Abubakar Tafawa Balewa KBE, and the northern premier, the Sardauna of Sokoto, Alhaji Sir Ahmadu Bello KBE.

They will be remembered as true nationalists, real heroes and best breeds from the North. They never had material accumulation instincts, did not accumulate wealth and gave out whatever came into their possession. They were scrupulous and prudent with public finance but generous with their own money. Sardauna, for instance, died leaving £10 in his bank account, the equivalent of about 5,000 Naira in today’s currency exchange while Tafawa Balewa’s bank account was in red and his house in Bauchi was a mud house.

Sir Ahmadu Bello will be remembered especially for unifying, developing and modernizing the north in the way of landmark establishments like the:

He’ll mostly be remembered, especially as an ABUSITE for being the founder and pioneer chancellor of the great Ahmadu Bello University, Zaria. The renowned citadel of learning is today the largest university in Subsaharan Africa, the second-largest in Africa, the first university in northern Nigeria, the fourth in the country and has one of the well planned, most beautiful, serene and modern campuses in the country.

ABU is notable for producing prominent people, great scholars, and leaders. It has also since inspired the birth of many other great universities. It is remarkable that ABU, the nation’s pride, along with other vital establishments are the visions of a single man.

54 years back, our first grave mistake as a nation was made, as the cowardly act of some unscrupulous elements forever redefined our path and set forth the sad journey to the Nigeria of today. A turbulent journey of civil war, political instability, unfulfilled self-actualization, and economic prosperity, owed to a series of coups and counter-coups inspired majorly by ethno-religious intolerance, hatred, absolutism, unpatriotism, irredeemable corruption, and outright impunity.

Looking at what is sadly occurring in the polity today, you’d think that it is a tale of two different countries because 59 years post-independence, the nation is only growing further apart every day, with no ideals that stir our collective conscience, no set of values that bind us together in spite our obvious differences or a thread of hope that this giant will ever take its appropriate position in the league of nations.

We know not the essence of pride, duty, and sacrifice. It is this rapid somatic aging with concomitant worsening mental retardation that seems to vindicate the summary of Nigeria as the “mistake of 1914”.

Thirdly and maybe the only positive thing that 15th January may be known for is that on this day in 1957, somewhere in katsina an Icon and one of Nigeria’s foremost pathologists, Professor Abdulmumuni Hassan Rafindadi was born. An administrator par excellence, distinguished Abusite, renowned personality in this era and man of impeccable character who has emulated a lot from the lives of the legends.

Professor Abdulmumuni Hassan Rafindadi is an embodiment of kindness, humility, honesty, mastery of human relationship, generosity, organization, dedication, commitment, diligence, transparency, hard work and adherence to principles. Rafdad, as we commonly call him, is simply the real definition of a perfect gentleman.

His administrative prowess is enshrined in the fact that his records speak for him and he leaves a lasting dearly memory in the lives of the people he has worked with. Prof was the head of his department before rising to become the dean, faculty of medicine (2006-2008) and thereafter the chief medical director, ABUTH (2008-2011). His impact in those positions is still felt, especially in the hospital where 8 years since he left, his name is still being mentioned dearly by the patients, neighboring communities and the various cadre of staff.

Before the expiration of his term as the CMD, he was appointed the pioneer vice-chancellor of the newly established Federal University Lokoja in 2011. His remarkable transformation of virgin land into a beautiful and amiable institution with meager resources, within 5 years was quite outstanding.

Unlike other VCs whose presence may never be felt, whom may be ousted, unpopular, protested against, booed and so on, his simplicity allowed him to run the university like a happy family which endeared him to every member of the FUL family, that when his tenure ended, he was showered with uncountable number of send-forth events and awards.

And when the time finally came for his departure, in an emotional display that will go down in history, he was accompanied by a large entourage like a politician as staff cried profusely. Yet again, very uncommonly amongst retired VCs, Prof immediately returned to ABUTH Zaria to fill up the vacuum he has left in the hearts and minds of so many and continued to do what he loves best.

I could go on and on to describe this accomplished personality. At this point, it is my singular honor to join hands with so many of your lucky students to say happy birthday to you sir as you turn 64. May your later days be as prosperous and happy as your former ones have been glorious and honorable. 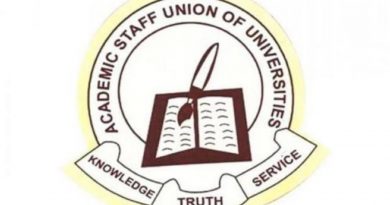 ASUU Strike: The Avoidable Deadlocks and their Planned Destruction of the System that Made Them. 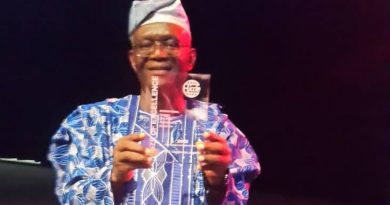 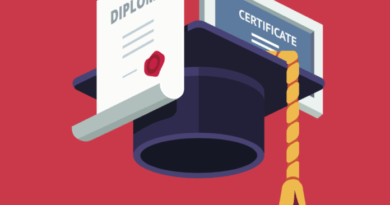